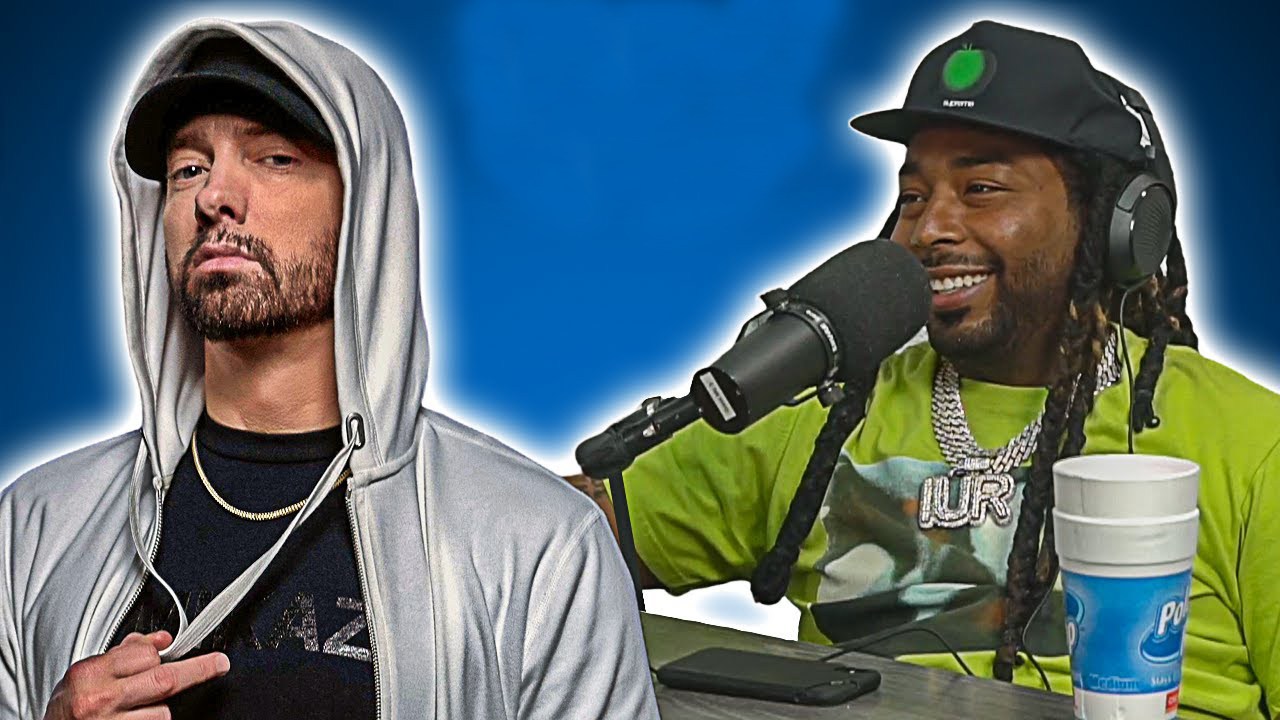 Detroit rapper Icewear Vezzo has recently sat down with Charlamagne on Breakfast Club where he talked about signing with QC, connecting with Takeoff, DJ Drama and misunderstanding him and young Detroit rappers have with Eminem and Royce 5’9″.

“At the end of the day, it was misunderstanding. As a fan, I love Eminem music. I grew up listening to Eminem when I was shorty. I got real love for Royce. One thing about Royce is, he’s always show love to us, always supports us. He always shouted out. He does everything he can to help us out. He really do. I can’t take that away from Royce. But s**t, it is what it is. We don’t know Eminem. We don’t know hommie. I don’t know anybody that ever met him. Ever seen him.” said Icewear Vezzo.

Then he continues: “I think Royce and Em kinda get impression that we feel like homies owe us something. But it’s not that. Everything ain’t always about a favor or money. I think they taking it wrong way. We just saying, you are legend! you are GOAT. You are big! Bro, we are you! We want to see! Can we get knowledge?! Can we get some gang? Can we get some motherf**king motivation?! Anything. That’s what we all asking for. We are not speaking from the standpoint as like ‘bro you gotta sign us. You owe us some money.’ We are not saying that way and I believe Royce and Em may be taking it that way. So it is a big misunderstanding.”

“Yes he did a song with Big Sean, Dej Loaf and them. I got love for everybody. I f**k with every artist in Detroit. We just talking about Em and yeah I f**k with his music. But I don’t know him. Nobody knows. We just don’t know him. We ain’t saying to come outside. We ain’t saying to come in the middle of the hood. I can’t speak for everybody but I feel like that. Em’s an icon. I idolize him at one point and I do think he’s the greatest rapper of all time, at least one of them, and that’s never gonna change. He have done a lot for the community, for the city of Detroit. Ain’t nobody taking that none away. We just, musically, we got vibe right now. I know me and if I had wave that Em had, I’d embrace all you ni—s coming up. I’m already doing that and I ain’t nowhere in that type of position. But I do that. Because it’s a right thing to do. Because one conversation might keep a young ni–a from crashing up. That’s all it take. Just a little push. Little motivation. All it takes to say ‘Hey bro, I see you! Keep doing what you doing! You are doing a right thing!’ You know the type of inspiration you gotta be from people that want that from you. You are inspiring hommies! You really inspiring. Just say ‘Hey bro, keep doing’ and that’s it.”

At the end of Eminem conversation, Icewear Vezzo joked: “F–k what I said, I want a feature.’ You can check the interview below:

Vezzo talked about the same topic with No Jumper about a week ago. You can watch it below: