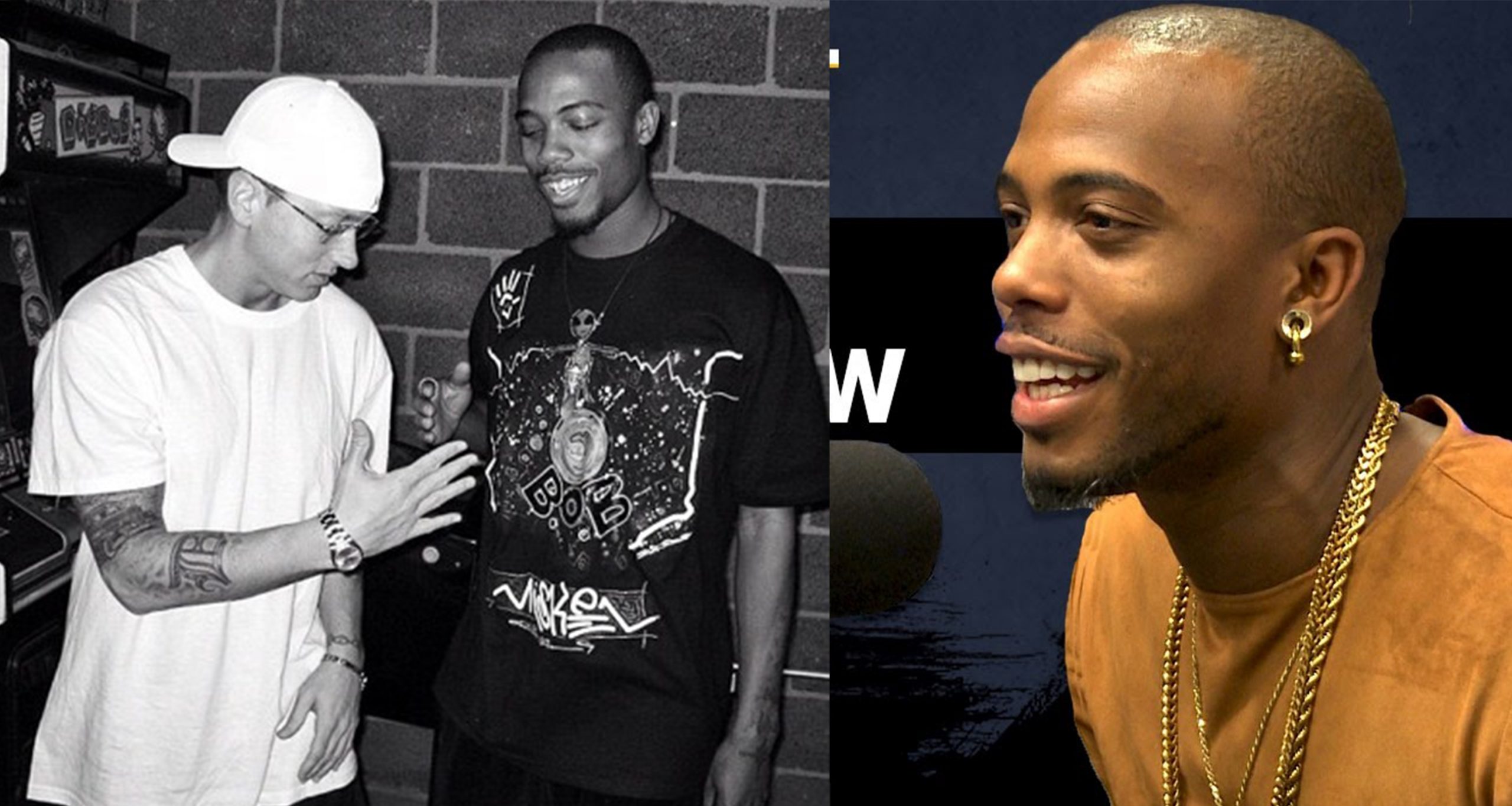 B.o.B. has recently sat down with B High Atl for an interview where the two talked about many things, including meeting Eminem for the first time in the studio in Detroit.

“That was crazy. I remember the first time I met Eminem was at the studio in Detroit. Of course it was exactly what you think Eminem’s studio would be like. It’s f**king late, it’s spacious. the couches are red. There are plaques on the wall. There is refrigerator full of diet coke cause he loves diet coke. And he got Arcade games in this s**t.” said B.o.B.

Then he continues: “There is a picture. You can Google Eminem and B.o.B. It’s a picture of me wearing this black Miskeen shirt and it’s like earth with an Alien on it and it says B.o.B.. The first thing he said to me was like ‘yo, you are f**king star dude.’ And I was like ‘EMINEM…Slim Shady…Marshall Mathers told me I’m a star.’ [laughs] It’s a hunger that you have as an artist that even when your idol tells you you are a star you still are like ‘yo I need to prove it. Nah, those ni**as really don’t know it.’ But that s**t was really wild cause I was like ‘what is he seeing in me that makes him think I’m a star?!’

B.oB. and Eminem have previously collaborated on a song “Airplanes, Part II”, a sequel to “Airplanes,” featuring Hayley Williams, which has two new verses by B.o.B, produced by Alex da Kid with additional production added by Eminem himself.