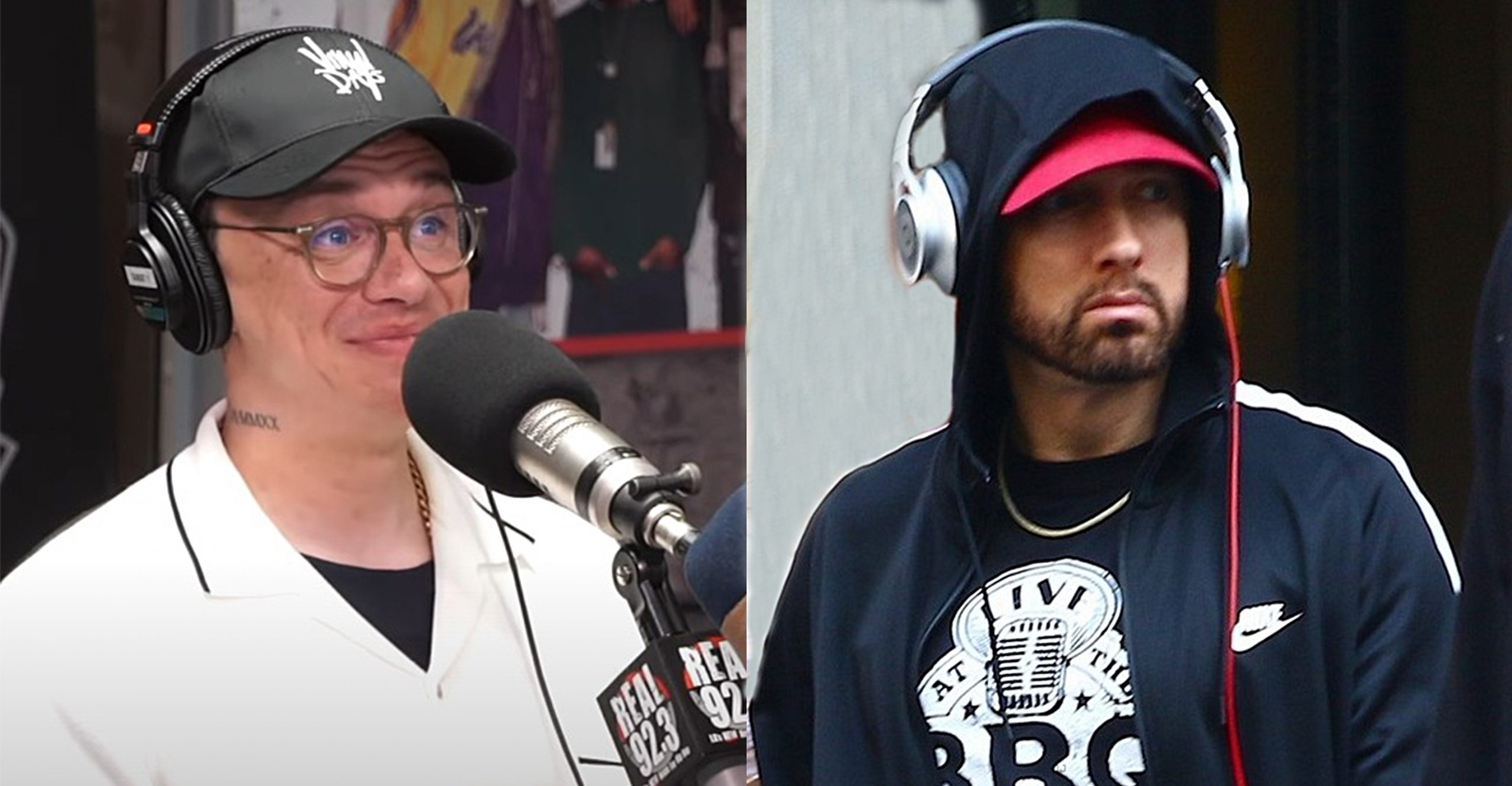 Logic dropped by the neighborhood to speak with Big Boy about his latest album “Vinyl Days,” his upcoming tour with Wiz Khalifa, performing at The Grammy Awards, investing in crypto, and receiving a letter from Congress for his song 1-800-273-8255.

At one point of the interview, the two talked about Eminem too:

“A couple of years ago, the internet was making fun of Eminem cause it was just fun thing to do. They were like ‘oh lets make fun of Eminem…He’s too lyrical-miracle’ like WHAT? I’m like, I’m in bizarro world.” said Logic.

Big Boy continued: “It’s crazy cause we had this conversation and I said ‘man Eminem is crazy, how people come at Eminem?!’ And I remember Eminem just what the world felt like. The grasp he had and I tell people sometimes, not to take this wrong way, I say ‘you know what happened to Eminem bro? He lived. If Eminem had passed, you understand what I’m saying and I don’t clickbait or s**t, none of that, if he had passed in so called ‘prime’ he would have been the biggest thing not only in genre but in the world but he lived and he became old school. And I don’t think he is sitting at home at every moment worried about this. Does he want a hit record? Probably. That’s Eminem. But also Eminem can come up and announce a tour tomorrow and it’s done.”

Then Logic said: “He lived and he is THAT to me. I agree. He got his beard, I wish I had a beard… I also want to say, when it comes to that kind of stuff I learned to let it go. How many hits can you have? How many number ones can you have? How many billions of streams can you have? As a musician I’ve checked every thing from the money, the fame, being recognized, selling out arenas around the world, I’ve done it all, I even went to Grammys, I felt like I won that night, that night was mine, I got to perform, it was really amazing. The only thing on my list of things that I wanted was a Grammy but now I don’t even give a d*mn. I look at cats like Em and I’m like ‘man, he’s just doing him,’ And that’s what inspires me.”