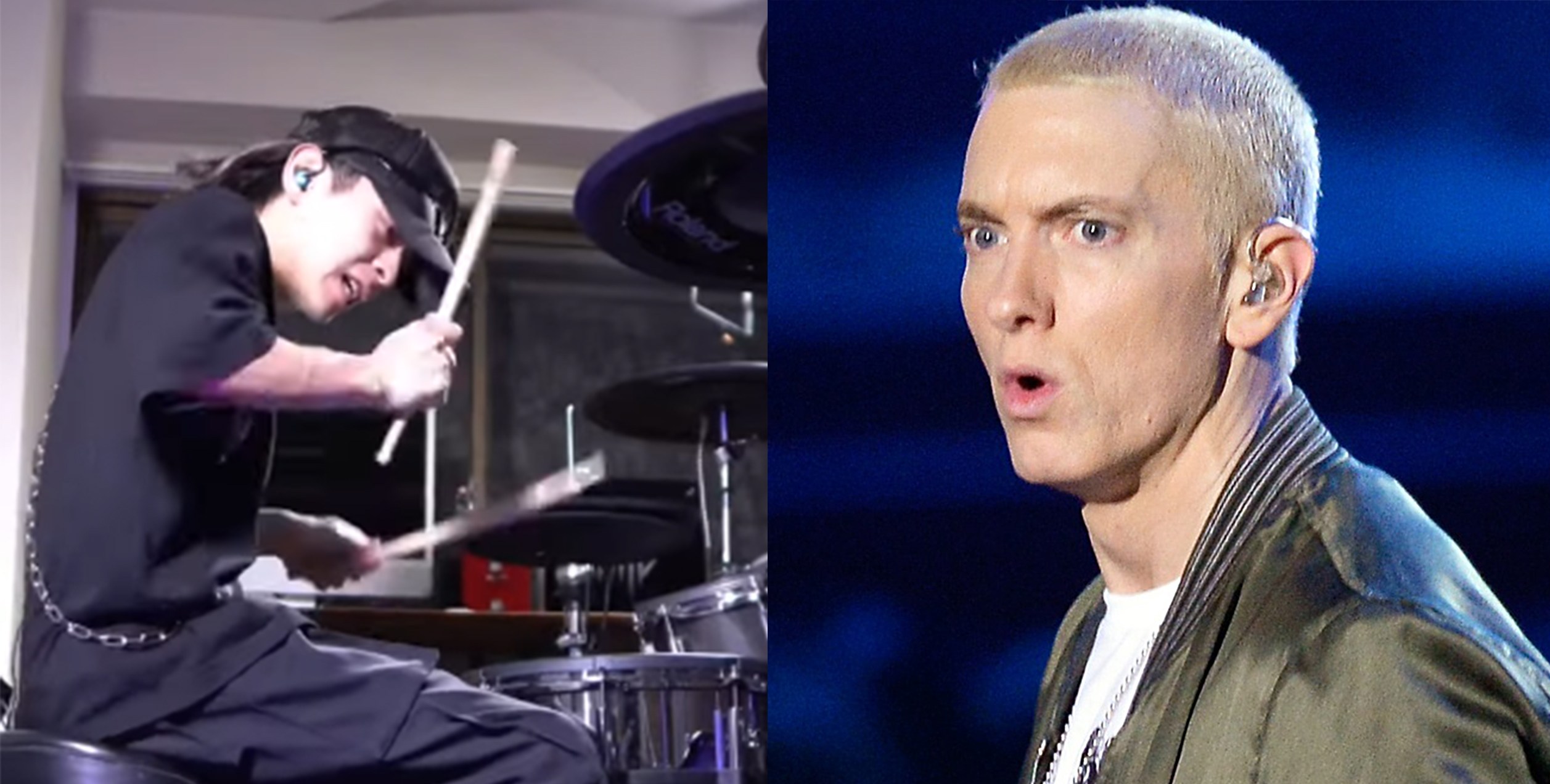 Two years ago, Eminem called on social media followers to take part in the “Godzilla” challenge.

On “Godzilla,” featuring Juice WRLD, from “Music To Be Murdered By” album, Eminem raps a staggering 224 words in just 31 seconds of the final verse, as Genius reports before.

Eminem’s fans were subsequently invited to take up the rapid-fire challenge – prompting a huge number of impressive efforts from fans. Later, Eminem announced the winners.

LL Cool J’s radio channel “Rock The Bells” has recently tweeted a video of a drummer taking on “Godzilla,” with the caption: “Drum God! The speed that Hal Drums is hittin’ Eminem’s “Godzilla” on these drums might be as impressive as the speed Em’ was spittin’ rhymes on the original.”

You can check the cover of speed parts of “Godzilla” and “Rap God” below: