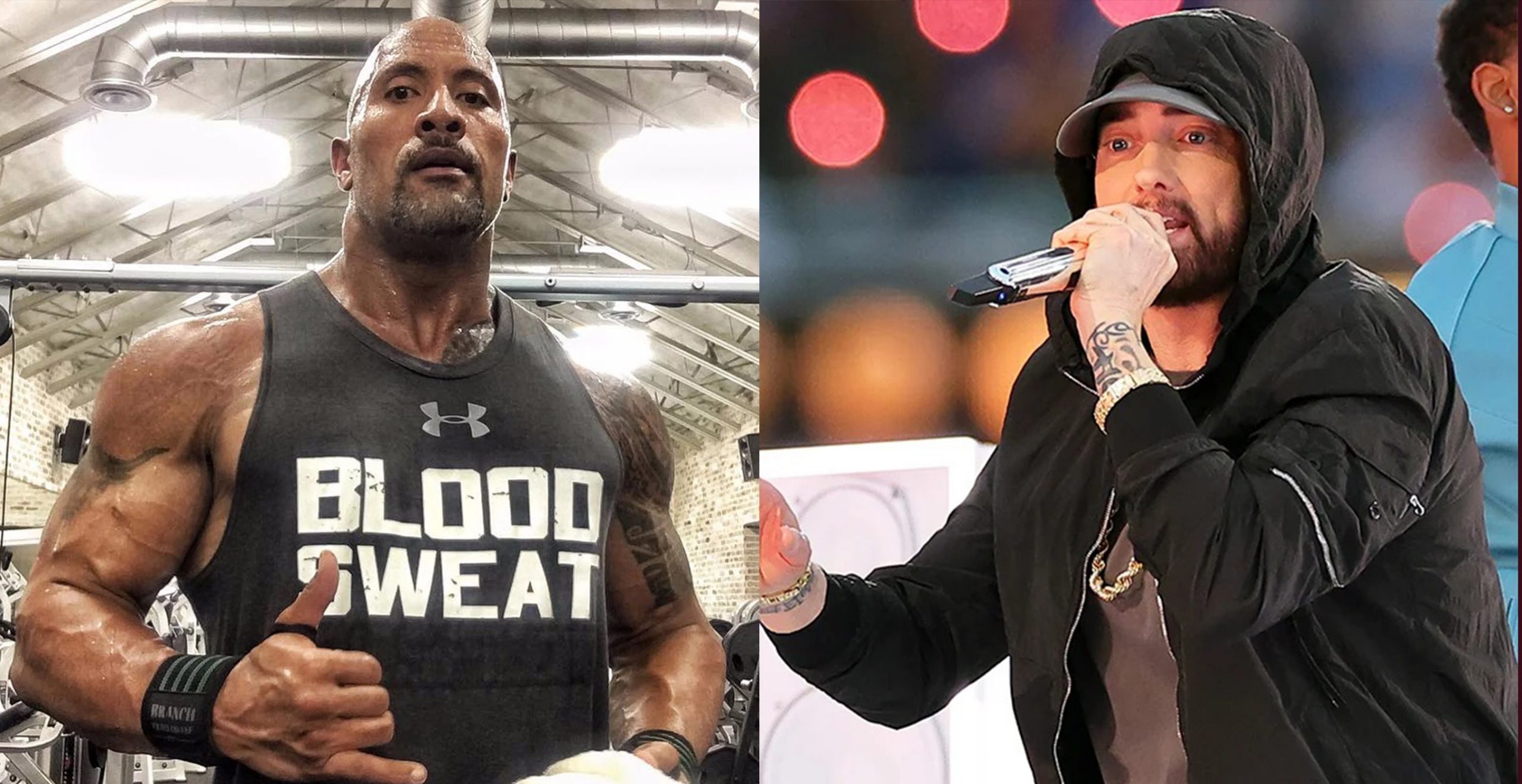 According to some source, Disney has begun talks with Dwayne ‘The Rock’ Johnson to play Jinn in the sequel of ‘Aladdin,’ instead of Will Smith.

No matter what kind of movie it is, the famous Rock always prepares for his role with a heavy workout sessions in the gym and often uses Eminem’s songs (especially “Till I Collapse”) to get himself motivated.

Yesterday was no different. Dwayne posted a video on his Instagram story where the Hollywood superstar pumps himself up over Eminem’s “Godzilla” song, featuring late Juice WRLD, from Music To Be Murdered By album.