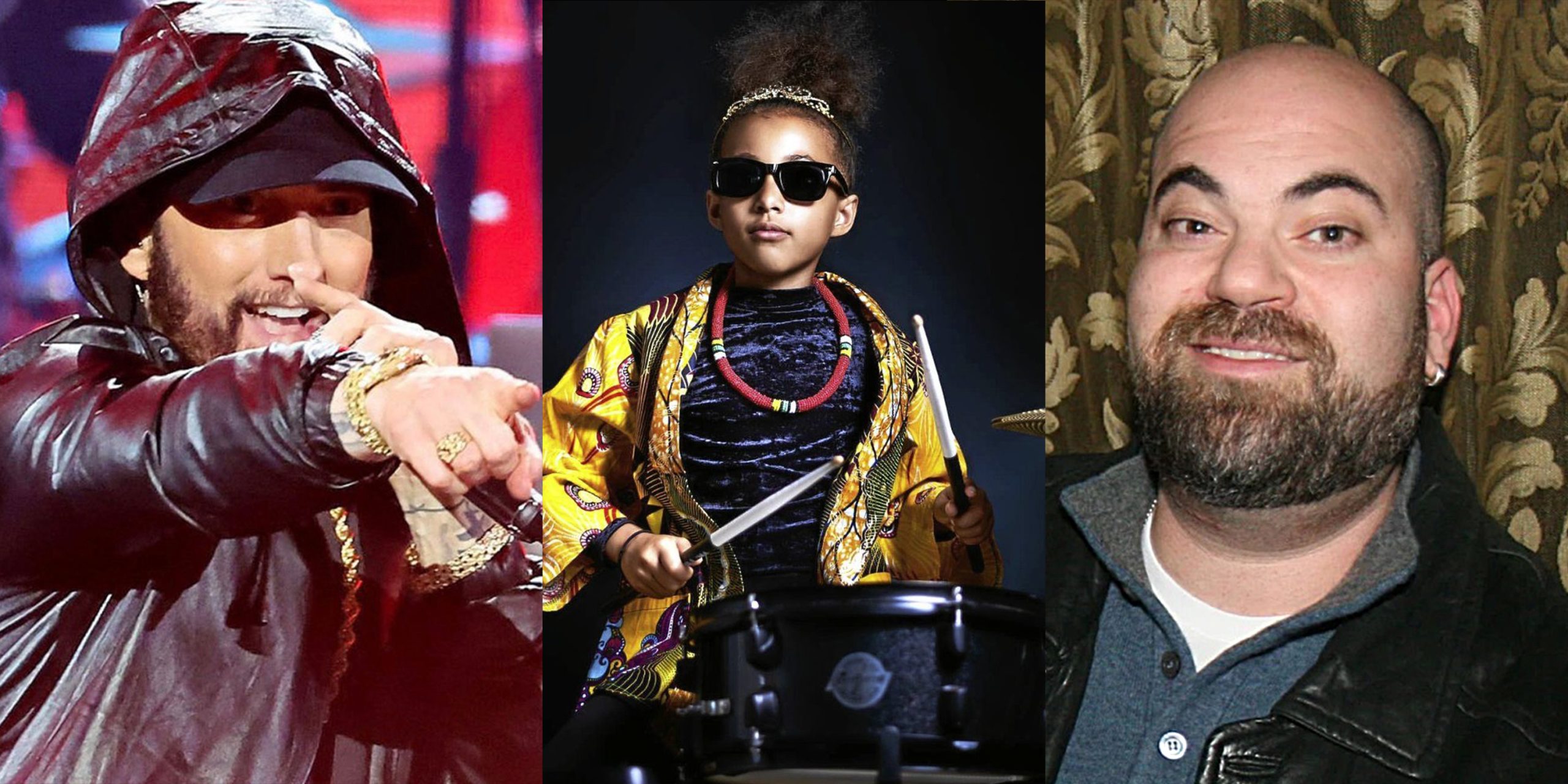 Nandi Bushell is an artist who gained international fame for her drumming skill, performing covers of popular songs (mainly rock) and later her ow music n material. Her YouTube videos have drawn the attention of numerous musicians including Questlove, Dave Grohl, Matt Bellamy and Lenny Kravitz.

Bushell was the youngest artist featured on the cover of Modern Drummer magazine and is the first-ever musician-in-residence at Cartoon Network. She has performed with Kravitz and with Grohl’s band Foo Fighters, and was a featured guest performer at the Platinum Jubilee of Elizabeth II in London.

She has recently covered Eminem‘s “Rap God,” specifically the supersonic speed part. In the caption of the video, she wrote: “Guess who’s back? My first new cover in almost 6 months! Rap God by Eminem! Inspired by the awesome drummer @halcvlte. I am still working on my original songs. Coming soon! I can’t wait for you to hear them. Working on my speed and consistency.”

The tweet was retweeted by Eminem’s manager and long-time friend Paul Rosenberg with the caption: “Right on time! Incredible.”

“Rap God” is a third single from Eminem’s The Marshall Mathers LP 2 album which entered the Guinness World Records book as the hit single that contains the most words; it has 1,560 words. The song was also nominated for a Grammy Award for Best Rap Performance, but lost to Kendrick Lamar’s “i”. The music video of the song won MTV Video Music Awards in 2014.

You can revisit one of the most iconic Eminem songs below: