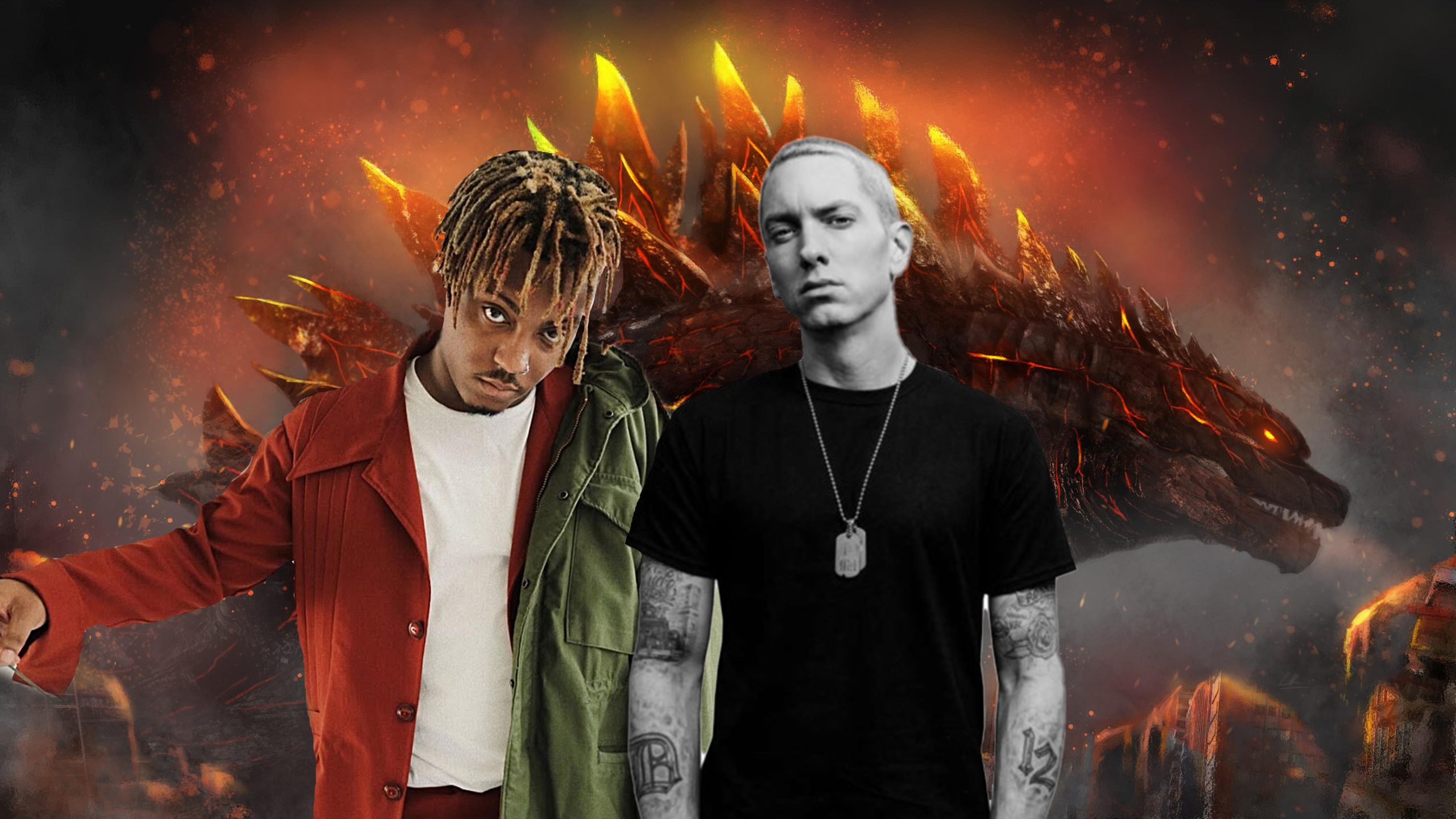 Eminem‘s 2020 mega hit song “Godzilla,” featuring Juice WRLD, has surpassed 1 billion streams on Spotify. It’s Detroit legend’s 5th song to do so. After “Till I Collapse,” “Lose Yourself,” “Without Me” and “The Real Slim Shady.” Becoming the first artist to have at least one song with +1B streams in each of the last three decades.

Slim Shady’s third verse on “Godzilla” track holds the record for his fastest rap verse, rapping 10.65 syllables per second, or 300 words in 30 seconds, breaking his own records held by his feature on Nicki Minaj and Labrinth’s 2018 song “Majesty” from Queen album, where he rapped 10.3 syllables per second, and his 2013 song “Rap God” from The Marshall Mathers LP 2, where Em rapped 9.6 syllables per second.

On March 6, 2020, Eminem released a snippet of the music video, announcing that he partnered with Lyrical Lemonade company. Three days later, the music video was released, directed by Cole Bennett, which featured guest appearances from Dr. Dre and Mike Tyson. The song currently has over 520 million views on YouTube.

“Godzilla” was a worldwide success. It debuted at No. 1 in Finland and on both the United Kingdom Singles Chart and the Irish Singles Chart, becoming Eminem’s 10th and 9th No.1 single respectively. It also went to No. 2 in Belgium, Czech Republic, Hungary, New Zealand, and Slovakia. The song went to No.3 in both artists’ homeland, the United States, and went top ten in 20 regions. It also saw moderate success Singapore and Lebanon and Singapore, peaking inside the top 20 in those regions.

You can revisit the song below: