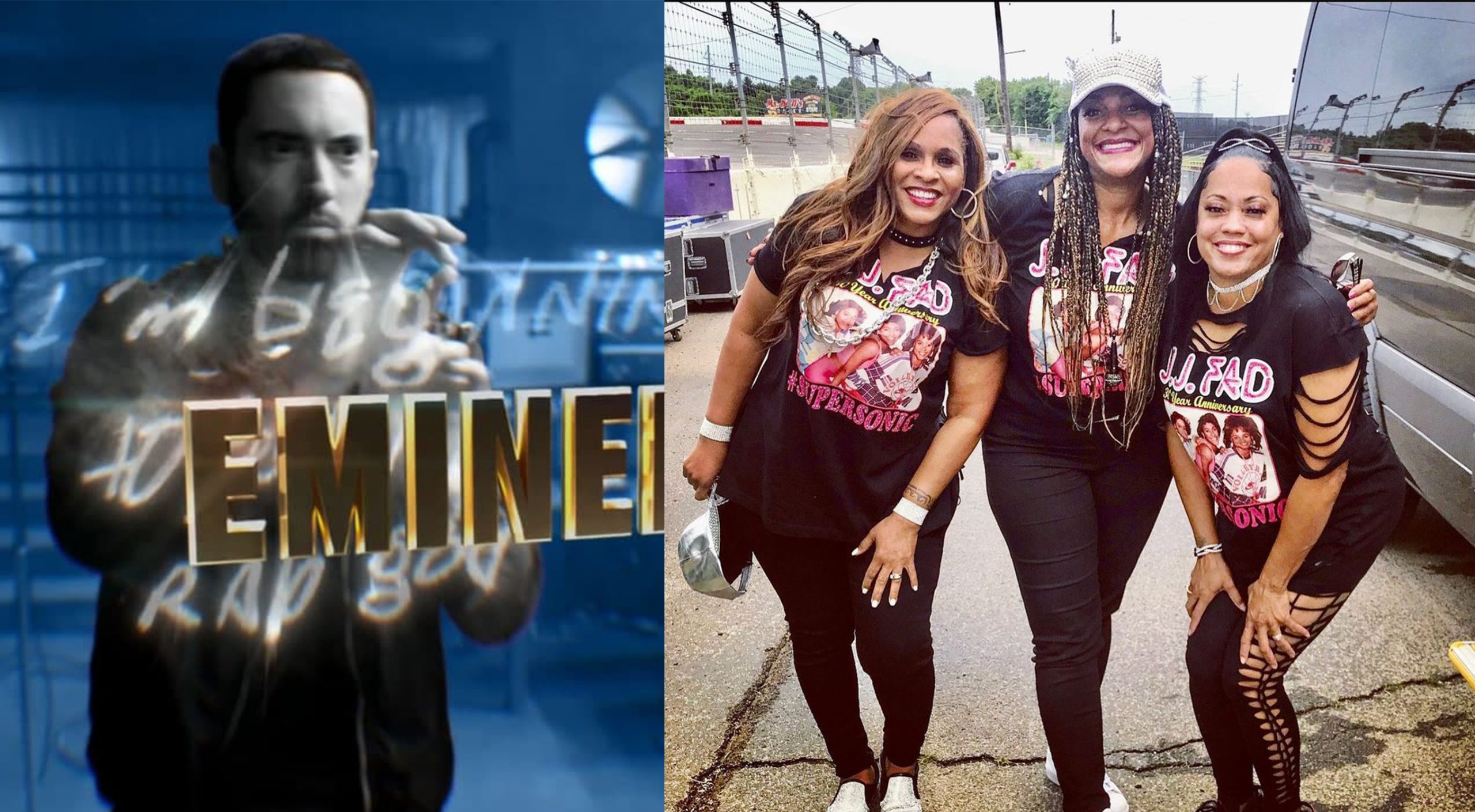 As you know, in the song “Rap God,” Eminem pays homage to American female rap group, J.J. Fad with a ‘supersonic’ speed: “Lyrics comin’ at you at supersonic speed (J.J. Fad)..”

Now that the song was used in a trailer of Super Bowl, it’s a payday for J.J. Fad because of the royalty laws.

Rialto, California girls posted a video on TikTok expressing gratitude to Eminem with a caption: “Thank you Eminem! We are once again honored!” On Twitter, they wrote: “So honored, humbled, and thankful to be payed homage to on the biggest stage in sports!! Thank you Eminem and Dr. Dre, we love y’all!!”