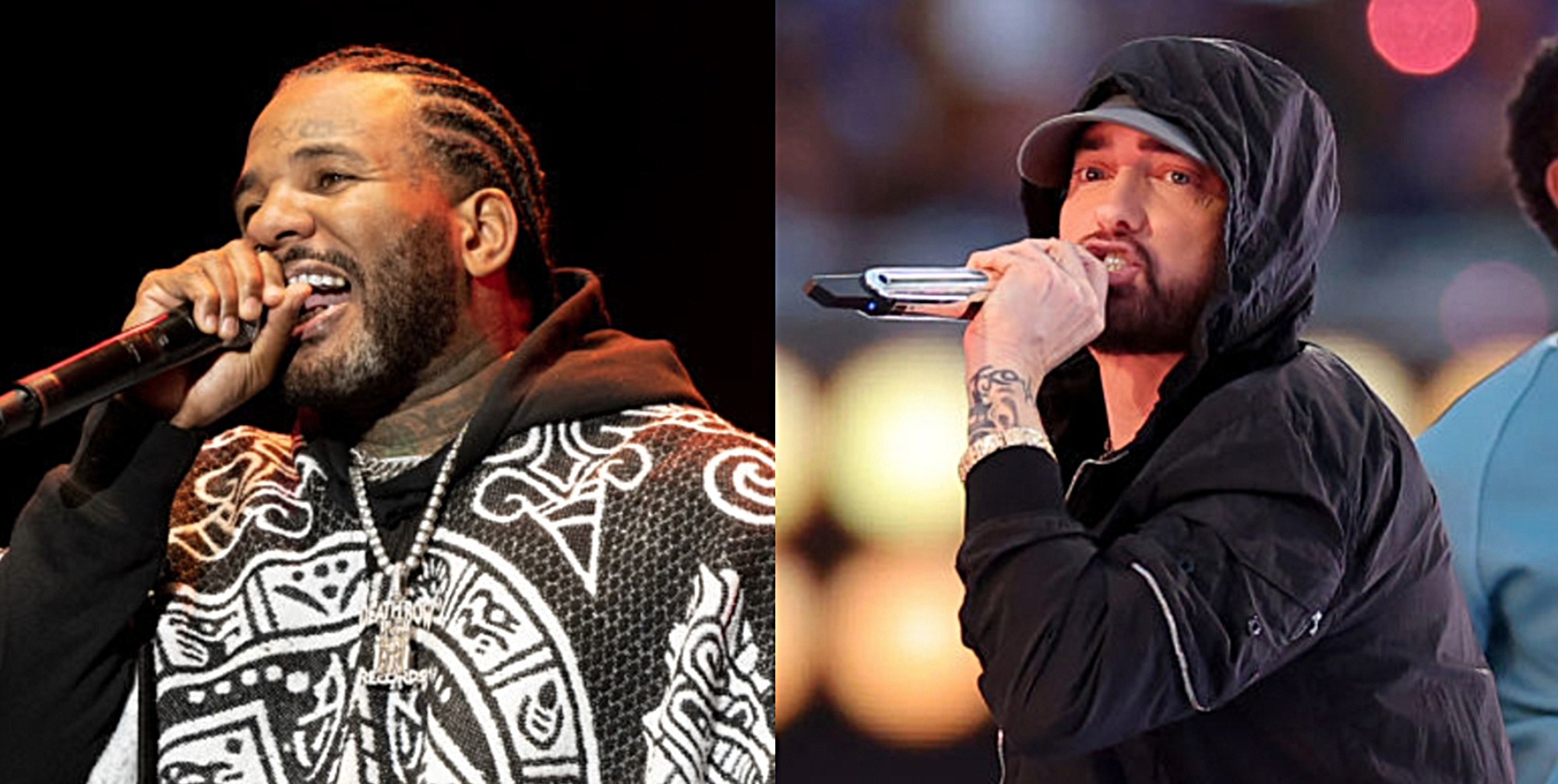 The Game joins Brandon Marshall, Pacman Jones, and Nick “Swaggy P” Young in Episode 36 of I Am Athlete. Watch and listen below as the Compton rapper talks about 50 Cent, Eminem, L.A. Lakers, becoming an independent artist and his upcoming new album “Drillmatic”.

“I say Eminem is slightly overrated. He came in with Dre and whenever you get certified by black hand it helps you out and there is a thing called white privilege too. It is what it is. It exists and it helps.”

“I said then years ago that nobody is better than Eminem but, when you was 4 years old, did you help me cross the road? But what about 14? Then years is a long time. How I felt back then, I don’t feel the same. And the reason I felt like that back then was because I was part of the family still.”

“Even before I was signed to Aftermath, they put Eminem on the pedestal. Interscope put the bag behind them, media, which is predominantly run by white people, they paid to do it. They still do it. It’s called promotion. They put money behind the biggest artists. If you are Adele, you are getting the bag behind you but the singer that sings just as good as Adele who is on the same or different label, might not get the bag behind them. It really breaks down to the politics inside the building. So, they made sure Eminem was going to be Eminem. I was a fan of that too. I was fan of Dr. Dre and Hi My Name Is. I’m not saying Eminem can’t rap or he is not an amazing rapper. All I ever said was he’s not just better than me.”

“Money, power and media can make you believe anybody is great. So again, Em is an outstanding rapper but I’m just better… Even when I was Jimmy Iovine and Dr. Dre back in the days, in the rooms where 50 Cent and Eminem were allowed to walk in, I never got the invite. Like the Super Bowl. You never say I’m better than Eminem because they never put me in the places where my talents can be magnified.”

“I’m definitely Top 20. I got too many rappers that I love that are in the Top 10 to put myself in the Top 10. I can just run them down just for you to understand why. And this is no particular order. I like Biggie, Pac, Jay, Nas, Andre 3000, Eminem will be in my top 10 just because what he has done and it does not matter who put what behind him, he did, he did rap to get there so there is Em, Ice Cube, Snoop, I like Kendrick in my Top 10 cause I watched it happen.” said The Game.