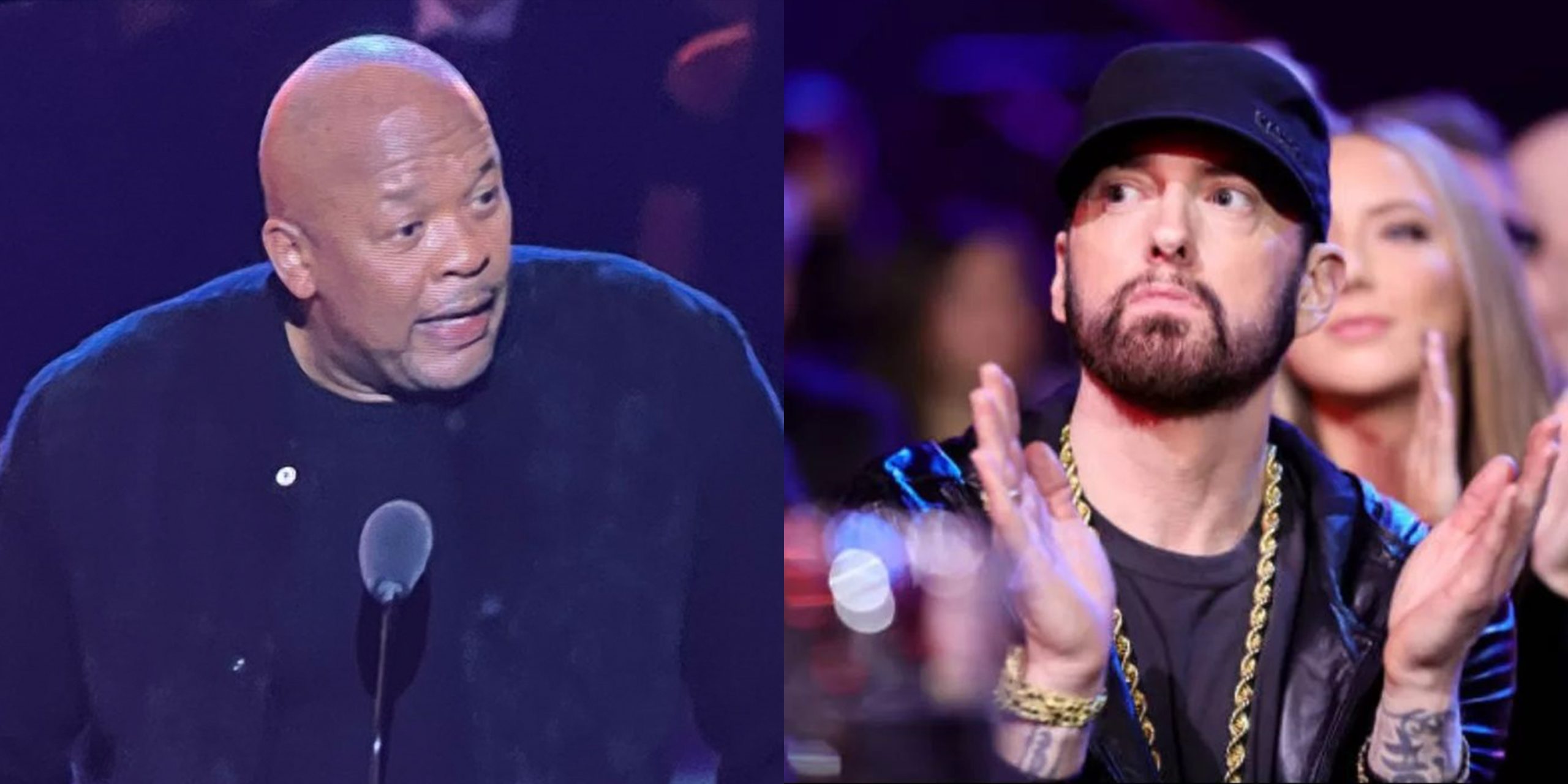 Last night, Eminem became 10th rapper to be inducted into the Rock And Roll Hall of Fame. The bestselling rapper of all time was inducted into the Hall Of Fame by his mentor and longtime collaborator, Dr. Dre.

During his induction speech, Dre recalled being shocked to learn that music executive Jimmy Iovine wanted him to work with a white rapper. In the video that surfaced online, Eminem does not look comfortable when Dr. Dre gives him high praise in front of Rock Hall audience: “Over 220 million albums sold. 13 number one albums. Ten of which all consecutively debuted at No. 1, making him the first artist to ever achieve this s—. Grammy awards, and Emmy, and Oscar! Making him the best selling artist of 00’s. The best selling hip-hop artist ever. Let me repeat that. The best selling hip-hop artist ever.” said Dre.

“And point about this is that he does not really care about that. I think I care more about it than him. What’s most important to him is that he has earned the respect from his peers as one of the best to ever do it. Point blank.” Dr. Dre added.

You can check the video of Eminem’s reactions below: