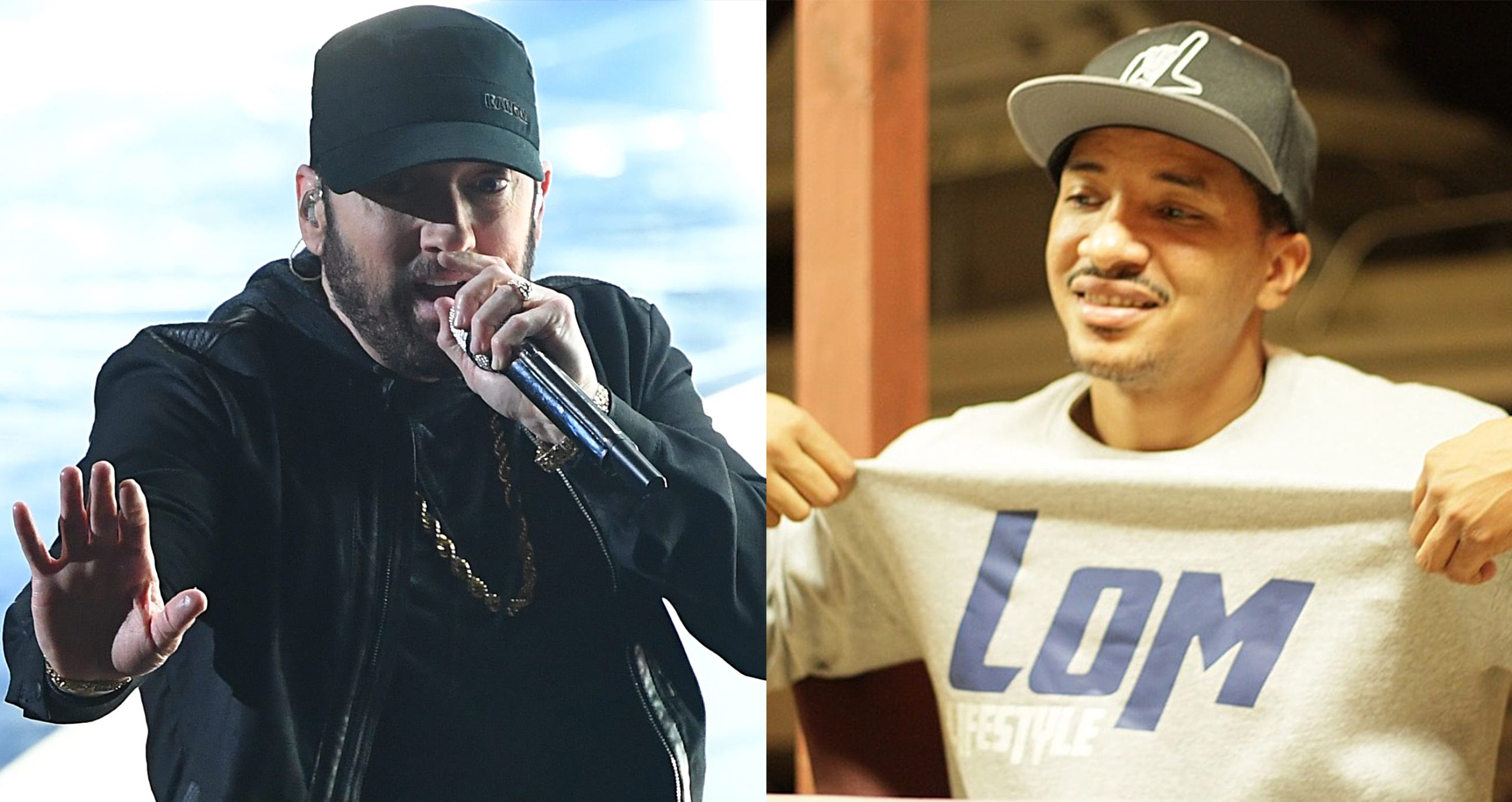 One of the finest battle rappers, Hollow Da Don has recently set down with Mikey T on Report Card Radio where he talked about Eminem, Joe Budden, 50 Cent, Cassidy, ARAB and many other things.

Hollow was a little bit surprised when he heard Murda Mook is Eminem’s favorite battle rapper from Mikey T.

“Eminem’s favorite battle rapper is Murda Mook? It must be now cause it used to be me and then it was Dizaster and now it must be Mook. He got switches just like NBA, we ain’t trippin’. There are couple of Eminem interviews where he talks about me but shout out Mook!” – said Da Don.

Later, the two talked about the possibility of Eminem coming back to battle world scene.

“No. There is no chance. I think Royce is just shooting the s**t up. I know hell of a people who work with Shady. I’ve been around Shady Records years before. Total Slaughter. I was around Alchemist, that’s Eminem’s DJ. I’ve been there when Eminem was performing with JAY-Z with David Letterman. I met Eminem the day he dropped Recovery. I was there with Royce and Eminem in a green room on a fest. Nobody met Em. There were hella other celebrities in the building. That ni**a Eminem performed and ditched. I’m kinda same way. Some people don’t really want to chill, they don’t like club scenes, I’m not gonna say I know Eminem closely but I don’t think he’d ever battle because he’s more like self type person. He will come out maybe to battle JAY-Z or NAS or somebody he feels like is in his pocket.” said Hallow

At one point of the interview, Mikey asked “Was it Eminem personally telling you you were his favorite battle rapper?” on which Queens, New York-born battle rapper replied:

“Yeah, he was like ‘Yo man, I know who you are, you are my favorite!  And then Paul Rosenberg was like ‘yo Em c’mon man, I don’t know who the f**k is this.’ It was me Paul, Em, Alchemist and Denaun Porter, shout out to Mr. Porter. That day was one of the highlights of my life. I don’t usually get to meet my idols. I ain’t met JAY-Z. I met Jada but it was mad quick. I don’t get to meet my idols so meeting Eminem was crazy.”