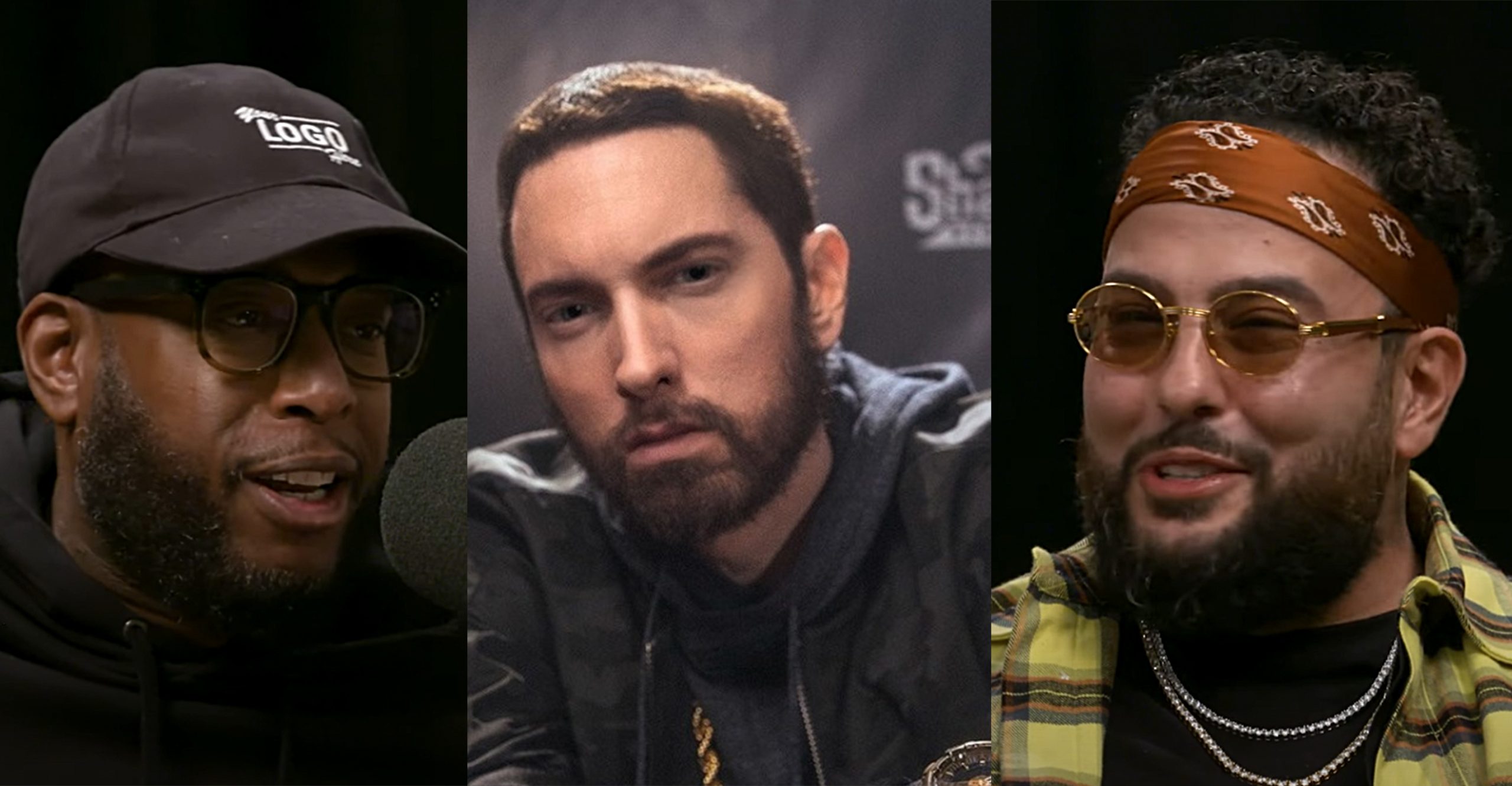 In the latest episode of “People’s Party With Talib Kweli,” Jasmin Leigh and Talib Kweli sit down with Palestinian-Canadian rapper, singer, songwriter, and record producer: BELLY. During one hour long interview, the three talked about Belly’s love for Eminem.

Jasmin Leigh: You studied Eminem while growing up. He was one of your favorite rappers. Can you let me know why Em was so vital to your career?

Talib Kweli: Yeah. He was a part of the scene but he brought it to mainstream.

Belly: There were lot of these guys doing double and triple and compound rhymes and all that but he really was the first one who really kinda made it pop. I feel like when Eminem came it was just like different thing at that time. To me it felt so different. That’s why I doven and really tried to study what he was doing.

Belly: I think it depends on what the studio night’s feeling. If we in the studio and we feel saucy and we wanna do some funny….

Talib Kweli: I think what’s funny about that question is that, funny thing about Eminem is…I don’t know the names of bigger Eminem records he has like Rihanna and certain other records he has but these records are played in the radio all the time but what’s funny to me about Eminem is, it does not matter how pop the record is, he has lots of pop records with pop production right? It does not matter how pop the record is, he, as an emcee, always trying to impress emcees. I just be honest, sometimes, it sounds out of place to me [laughs]. Sometimes the record is so pop but he’s still going so hard! It’s like that EPMD record on the Nas’ joint. It was like, okay, EPMD is rapping, Nas is rapping, everybody understood the assignment but Eminem was like ‘No, no, no! I have to outdo my verse form last year on last feature you heard me from so now I’m just gonna rap!’ And I’m like WOW! I can’t imagine having that amount of pressure every time you getting in the f**kin’ booth. You gotta come like that! You gotta do all that voices…. He always trying to outdo whatever he did the last time. But I guess that’s why he is who he is. It like the song does not even matter. The chart position does not even matter. He does not even care if those bars make sense on that beat, to do that rhyme cause his standard is: THEY GONNA RESPECT THESE BARS, THOUGH.”

Belly: Yeah, it’s crazy. His standard is OVER HERE. Every time he’s trying to beat that, it’s tough man. That’s really my approach too. He really does like that.