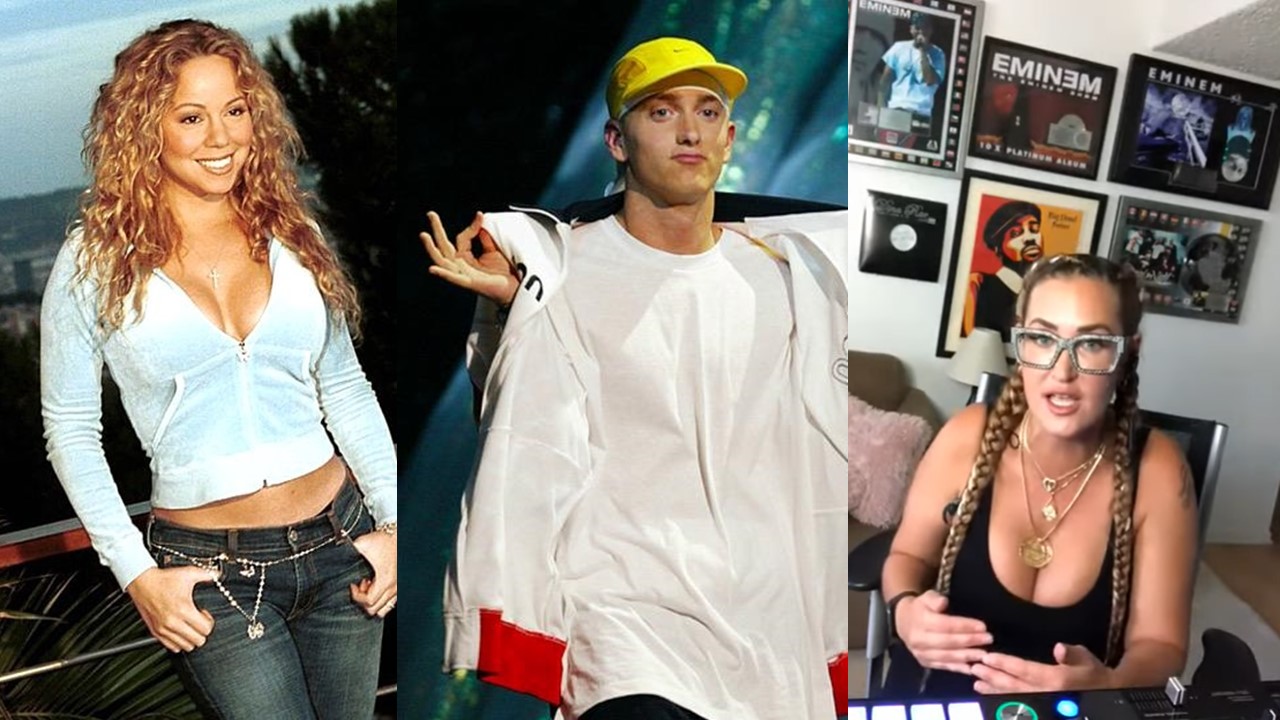 Dina Rae has recently set down with SideShowRaaj for an interview where she remembered some stories about Eminem, D12, Big Proof and many more.

She has revealed that Mariah Carey was originally on Eminem’s “Superman”:

“I flew to Detroit for ‘Superman.’ I did it in Eminem’s studio. Other three songs we did in Los Angeles. I will give you little fun fact that a lot of people don’t know. Actually, Mariah Carey was the original vocal on Superman. And then whatever happened. He was little upset. He was like ‘f**k it, call Dina.’ So I got flown to Detroit. Her vocals were actually reference and I recorded there in the studio on his crib and that’s how Superman came about.”

“I always respected Em. He was always straight up with me. He always tells me what it is. When he flew me to Detroit he said ‘look, I can’t sign you Dina, me and Dre just went half of this kid named 50 Cent. But I’m going to put you on my tour and you are going to get your own deal. I was just grateful for the opportunity.” – said Rae