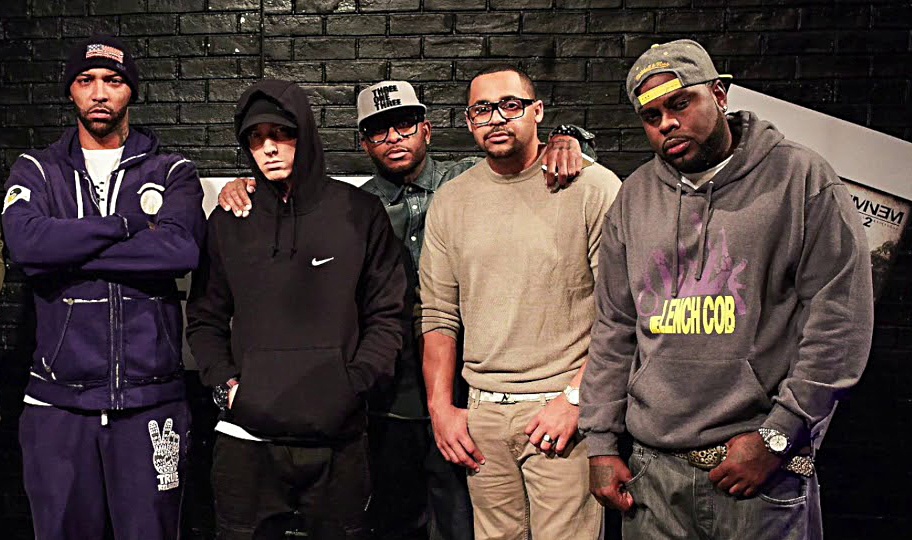 On the Season 4 premiere of Bridging The Generations Podcast, Kxng Crooked talked about Slaughterhouse, Dr. Dre, Eminem legacy and industry politics. At one point, the interviewer asked the legendary west coast rapper why lots of hip-hop fans take prop from Eminem. Here is what Crooked replied:

“I think there was a narrative that flew around a couple of years ago, saying Eminem was not part of the culture and he being a fan of the culture because of white privilege. Basically all these type of things and it became a trend to downplay his status in hip-hop. But he’s a student of the game. He got more hip-hop knowledge than average motherf**ker walking around the streets. He’s a motherf**king lyrical genius. He put the words together in the robotic form. He knows how to do this s**t because he studied the f**k out of this s**t.”

“If you are real lyricist, you’d understand what this man is doing. Let’s take away the sales, let’s take away everything and just listen to what he’s doing in the booth. And if you are real lyricist, you understand he’s phenomenal. Em had the presence of mind and the love for the culture to try to make sure the group like Slaughterhouse was introduced to the mainstream like ‘this are the type of motherf**kers that need to be occupying the space in mainstream rap.’ There are lots of motherf**kers that would never sign Slaughterhouse…To this day, Eminem f**ks with Slaughterhouse cause he’s a real hip-hop head.”

Then Crooked continues talking about how Slaughterhouse come together and what part Eminem took in the movement. You can watch the interview below: