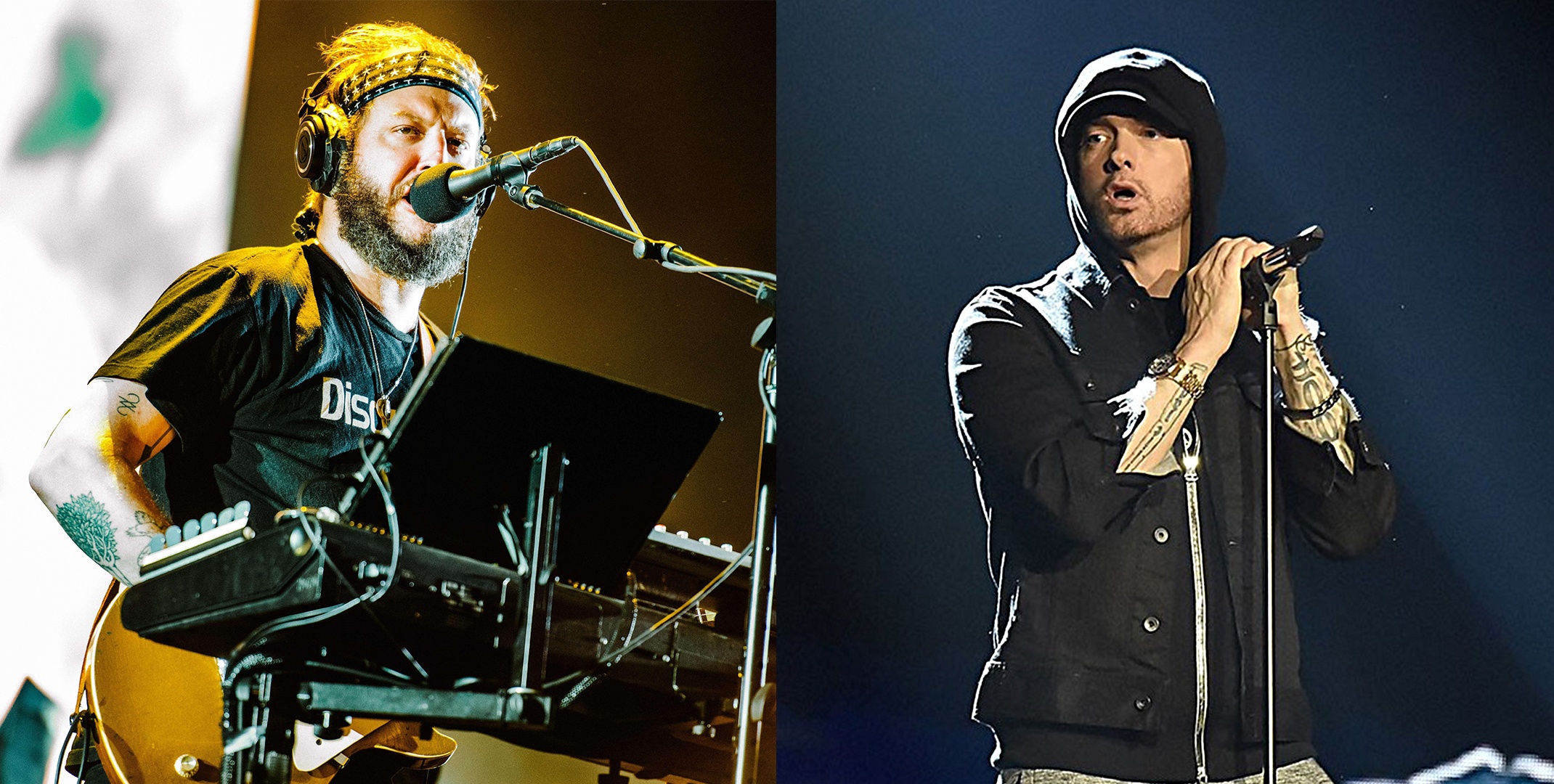 Yesterday Eminem dropped the deluxe edition of Music To Be Murdered By: Side B, which includes a song “Book of Rhymes,” featuring DJ Premier and produced by Illa Da Producer, Luis Resto and Eminem himself.

In the song, Eminem raps:

I will tear new behinds out of rivals, even your idols, I don’t care
It’s Music to Be Murdered By, so Bon Iver can swallow a fuckin’ Ja Rule bobblehead
And die slow like Alzheimer’s (Ha-ha)

Two years ago, Justin Vernon, who is a lead singer of Bon Iver band, made a song “Fall” with Eminem. In the song, where Em raps: Tyler create nothin’, I see why you called yourself a fa***t, b**ch.” After few days the song was released, Justin spoke out against the slur used in the song, intending to “kill” the track:

“Was not in the studio for the Eminem track… came from a session with BJ Burton and Mike Will. Not a fan of the message, it is tired. Asked them to change the track, would not do it. Eminem is one of the best rappers of all time, there is no doubt. I have and will respect that. Though, this is not the time to criticize Youth, it is the time to listen. To act. It is certainly not the time for slurs. Wish they would have listened when we asked them to change it.” said Justin Vernon in his tweets.