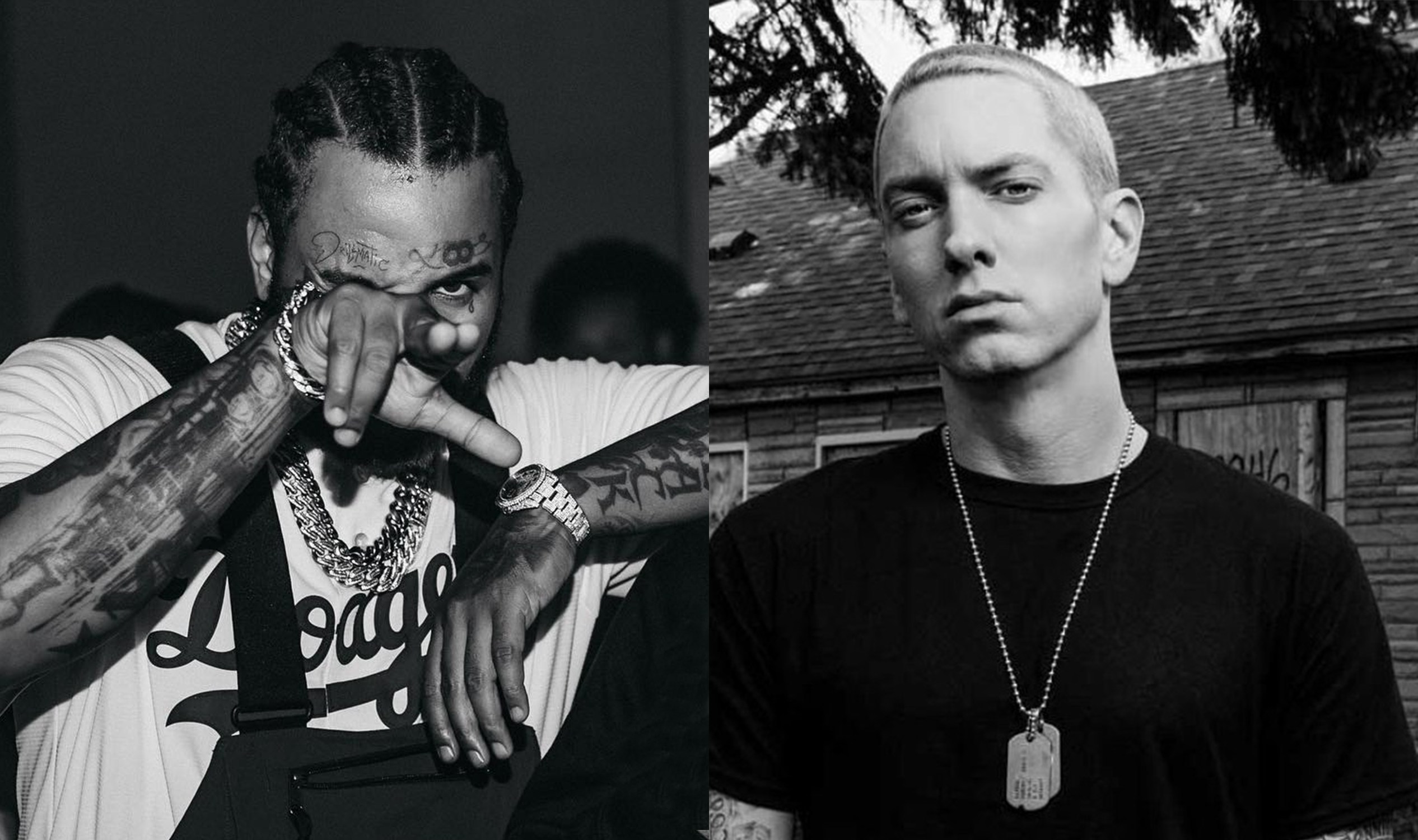 During a recent appearance on Clubhouse, Wack 100, who is the manager of The Game, revealed that the West Coast rapper is preparing for the release of his next single, where Game “is starting fire” by dissing Eminem.

According to Wack, the track is titled “Black Slim Shady” and it’s coming soon.

After the clip spread around the internet, a very close affiliate to Dr. Dre and The Game said he has already heard a song and revealed few lines from it. He said, “Oh boy, I already heard the track. This is going to get ugly. Game does not write his own s**t.” And the bars go like:

“Tell Dre I’m better than every ni**a he ever signed and if Slim Shady white I guess I’m sniffing coke lines.”

The source also says Game is rapping like Eminem and sounds like 50 Cent on the hook. You can check the screenshot below: 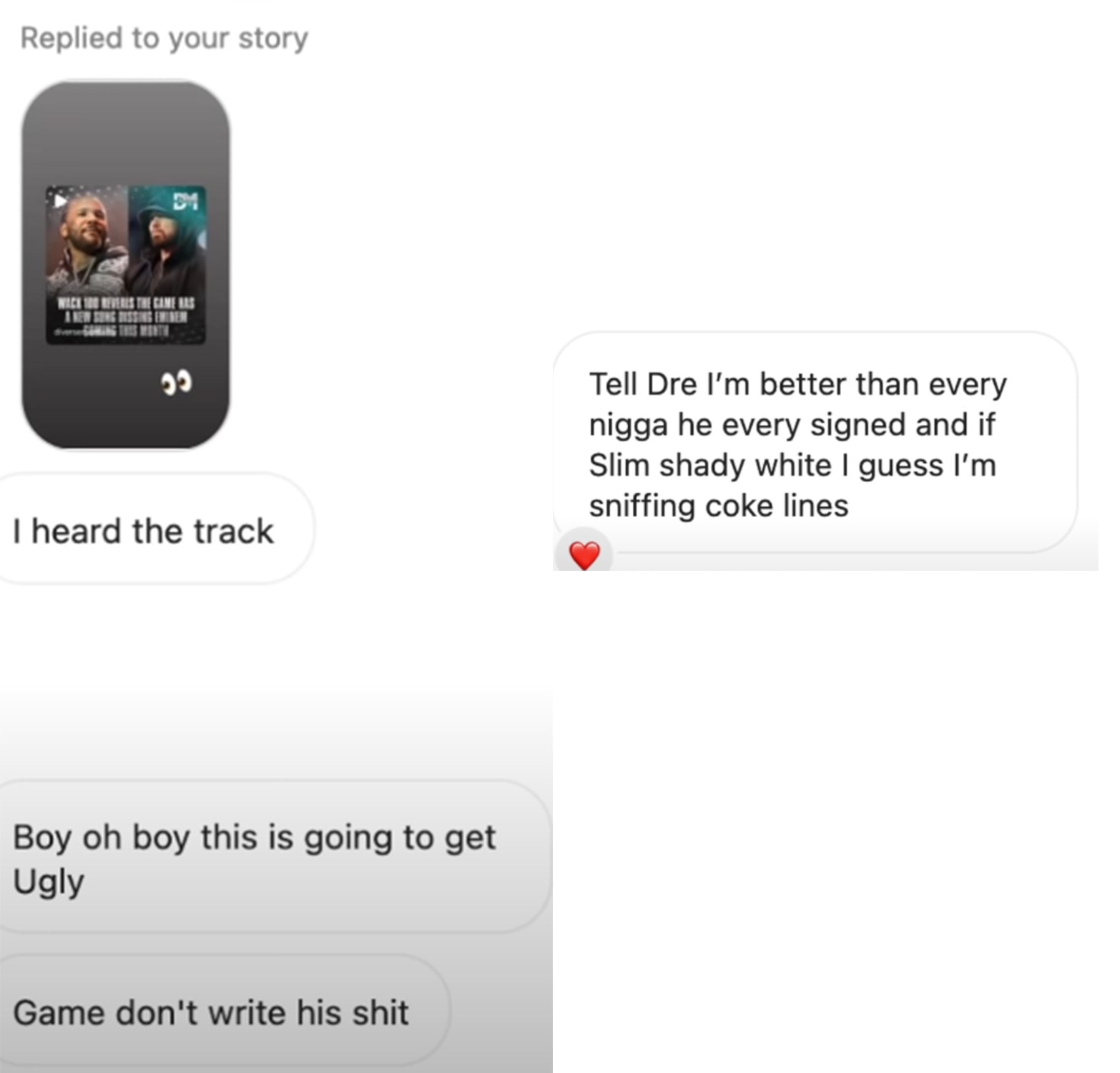