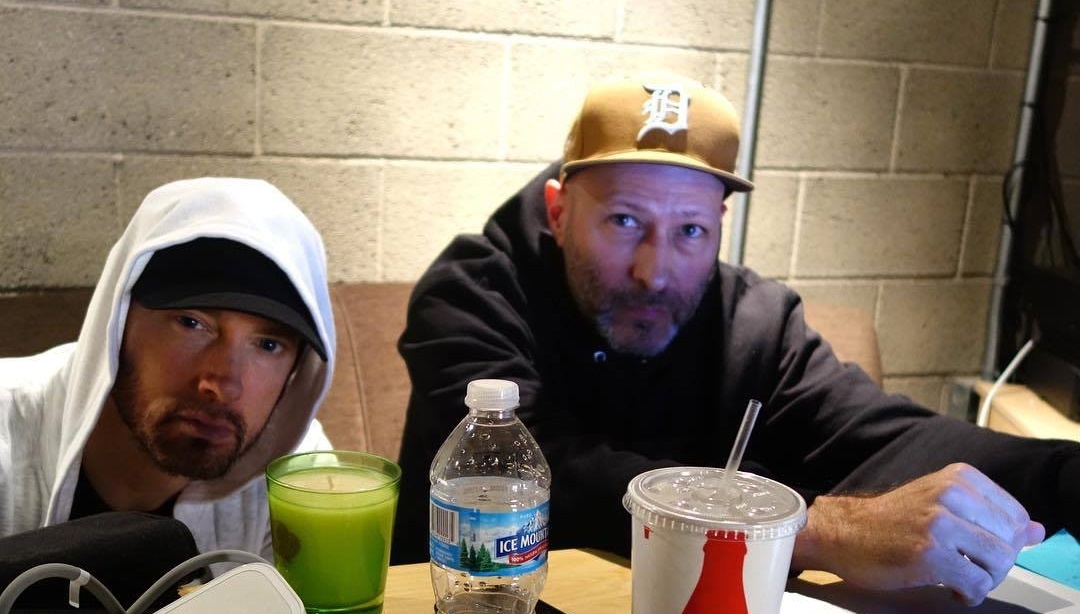 After Aftermath producer Dem Jointz confirmed that Eminem’s Music To Be Murdered By deluxe edition is on the way, designer Mike Saputo also confirmed that the cover art, which has recently surfaced online, is real and was done by himself.

@Shadysteriods Instagram account posted a private chat with Mike Saputo, who has previously worked with Eminem and Royce Da 5’9″ in several occasions, where the designer confirms the realness of the cover. Check out the screenshot below.

Lonesarrmuzik who is co-producer of Symbolyc One and who helped produced Eminem’s “Nice Guy” and “Normal” has also hinted something on Instagram. Check the screenshot below: