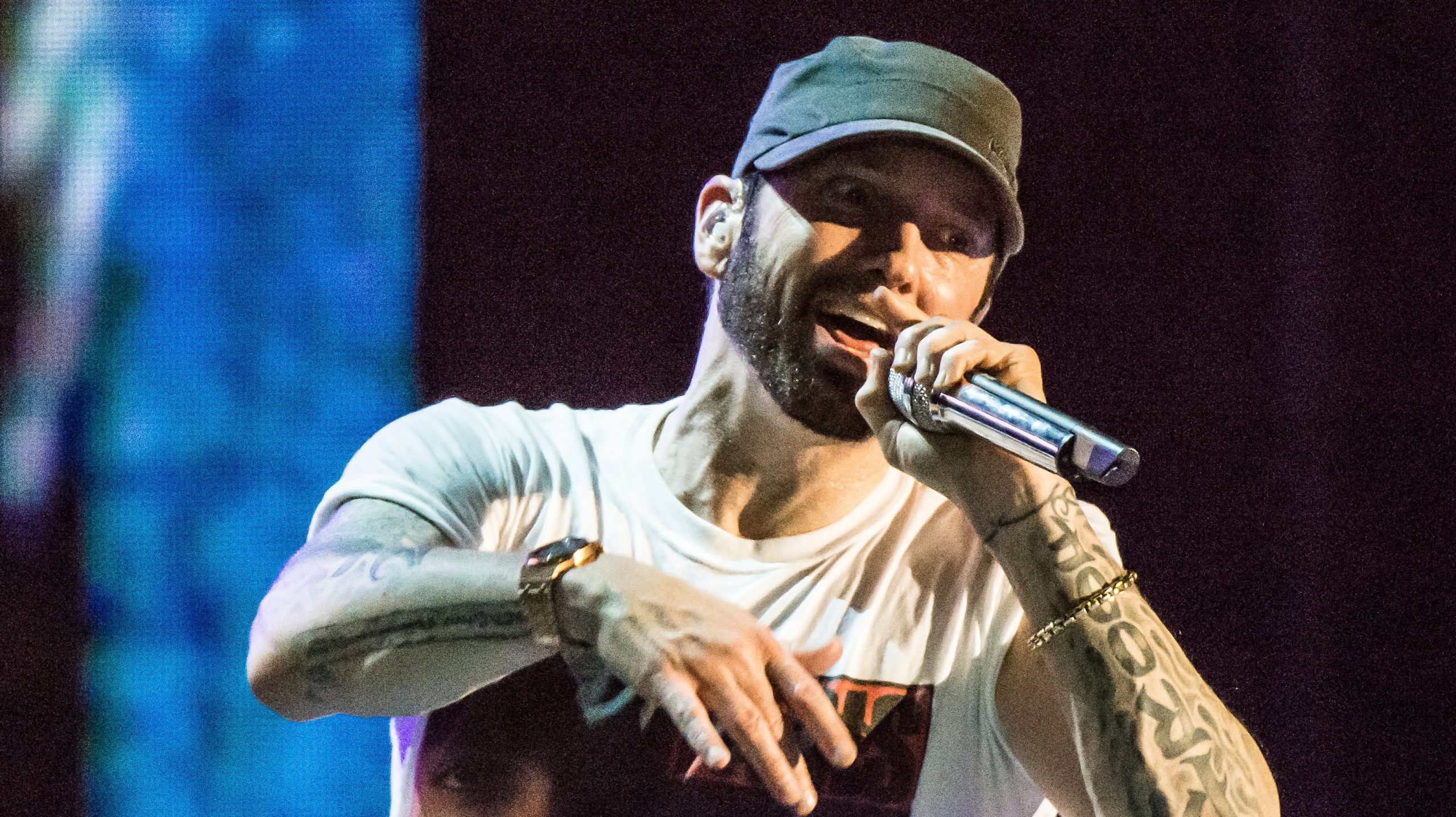 Eminem’s 2020 double album, Music To Be Murdered By, is now eligible for double platinum in the United States, meaning the album has now sold more than 2 million album equivalent units in the country.

The album debuted at No. 1 on the US Billboard 200, selling 279,000 album-equivalent units in its first week, out of which 117,000 copies came from traditional sales. Eminem became the first artist to have 10 consecutive number-one albums in the US and one of six artists to have released at least ten US number-one albums.

On December 18, 2020, a deluxe edition of the album, titled Music to Be Murdered By – Side B, was released and the album saw a 1,125% boost in sale units from the previous week, moving 94,000 units. This brought the album back up to the 3rd spot on the Billboard 200 album chart, a 196 spot jump from the week previous, breaking a 50 year old Billboard 200 record previously held by Bob Dylan.

You can revisit MTBMB below: