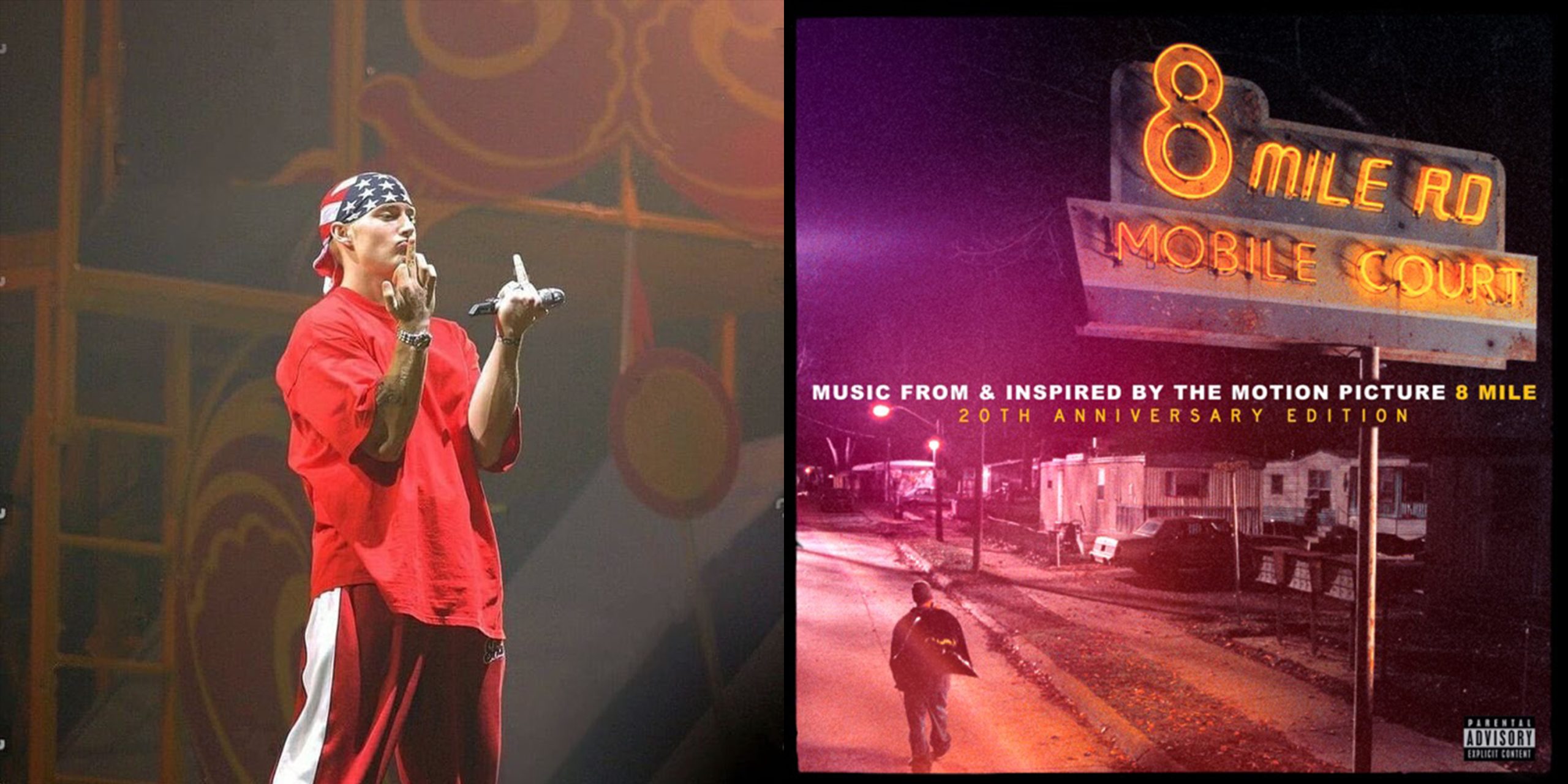 Eminem has released an expanded deluxe edition of his 8 Mile movie soundtrack to celebrate the 20th anniversary of his classic battle rap film and its accompanying compilation album.

The Detroit legend revealed the news via social media couple of days ago, sharing the release date along with a video footage of scenes from the movie. In the caption, he wrote: “‘I’m still standing here screaming ‘f*** the Free World, 8 Mile 20th Anniversary Deluxe Edition of the soundtrack drops on streaming Friday!”

Released on November 8, 2002, 8 Mile marked Eminem’s first lead acting role in a movie and centered around a semi-biographical retelling of his Detroit upbringing and origins as a battle rapper. Also starring Mekhi Phifer, Kim Basinger and the late Brittany Murphy, the film has grossed more than $240 million worldwide and remains one of the highest-rated Hip-Hop movies ever made. It also opened at No. 1, grossing $51,240,555 from 2,470 theaters.

Its soundtrack album, 8 Mile: Music from and Inspired by the Motion Picture, arrived one week earlier and boasted features from rap heavyweights like JAY-Z, Nas, 50 Cent, Rakim and Gang Starr. It debuted at No. 1 on US Billboard 200 with more than 700,000 copies sold.

It also includes Eminem’s magnum opus single “Lose Yourself” which became the first rap song to win Best Original Song at the Oscars. It also won Best Rap Song and Best Male Rap Solo Performance at the 2004 Grammy Awards, while earning Slim Shady his first ever No. 1 single on the Billboard Hot 100 chart. The song is now certified 13x platinum by the Recording Industry Association of America (RIAA), meaning, it has sold more than 13,000,000 units in the United States alone.

Stream the deluxe edition of 8 Mile: Music from and Inspired by the Motion Picture below: