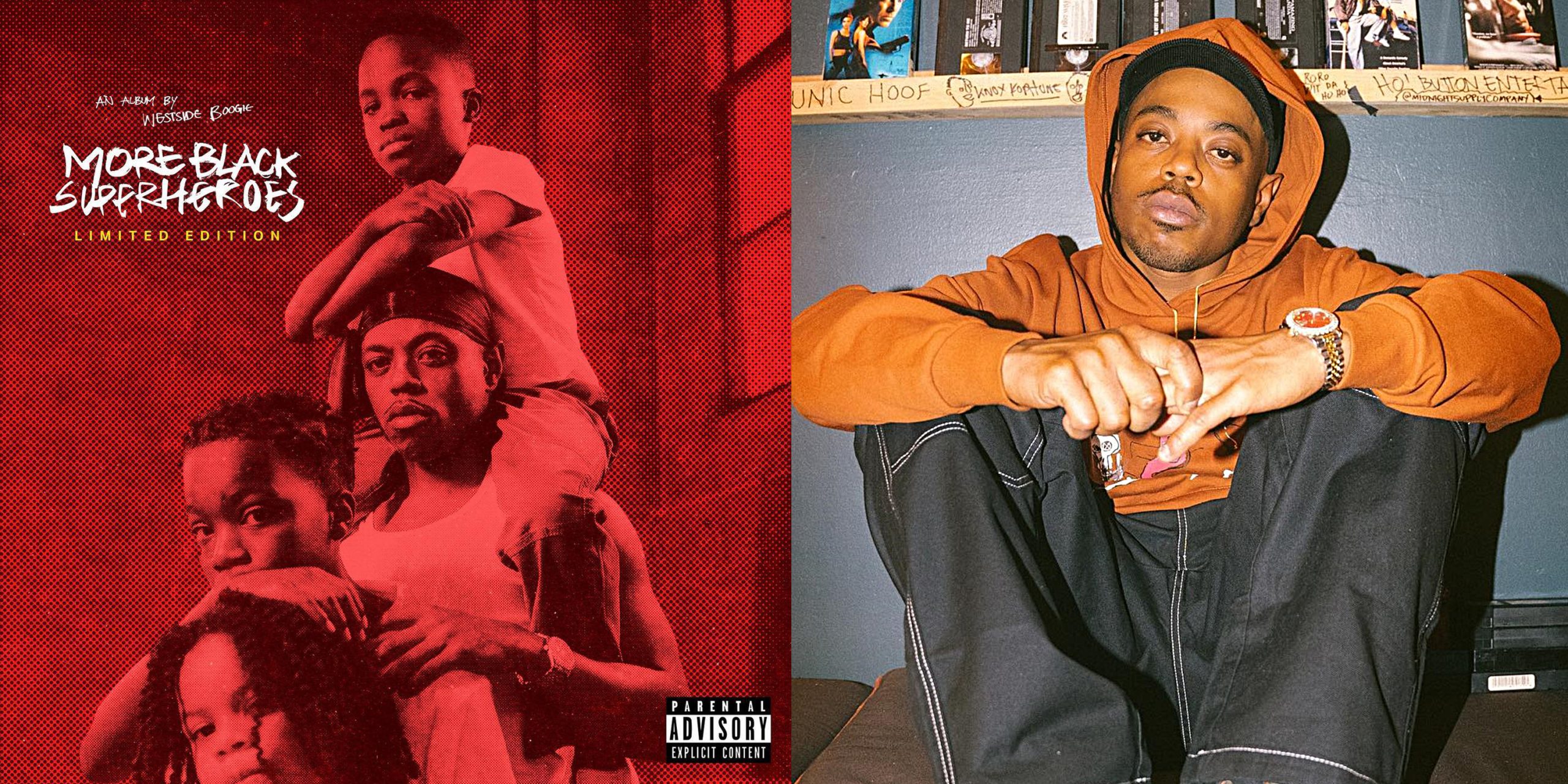 It has been few months since Westside Boogie unleashed his sophomore LP under Eminem’s Shady Records, titled MORE BLACK SUPERHEROES, and he continues to keep his momentum going in a very creative ways.

Earlier this week, he decided to bless the masses with a performance visual for “CAN’T EVEN LIE,” a Dart and Keyel-produced cut that features Soulja Boy and sees the two artists keeping it real about a series of hood-related issues, followed by Mamii assisted “NONCHALANT” track.

In addition to his live performances, Boogie also paid Funk Flex a visit for his iconic freestyle series, and you can rest assured that he did not disappoint.

It seems all these were the preparation for the deluxe edition of MORE BLACK SUPERHEROES, which is set to be released this Friday, November 18, 2022. “Aight y’all bullied me into dropping…More Black Superheroes Deluxe dropping Friday ..go to my bio and pre save then come back and tell me you love me.” said Westside Boogie on his social media accounts.

Check the announcement below: