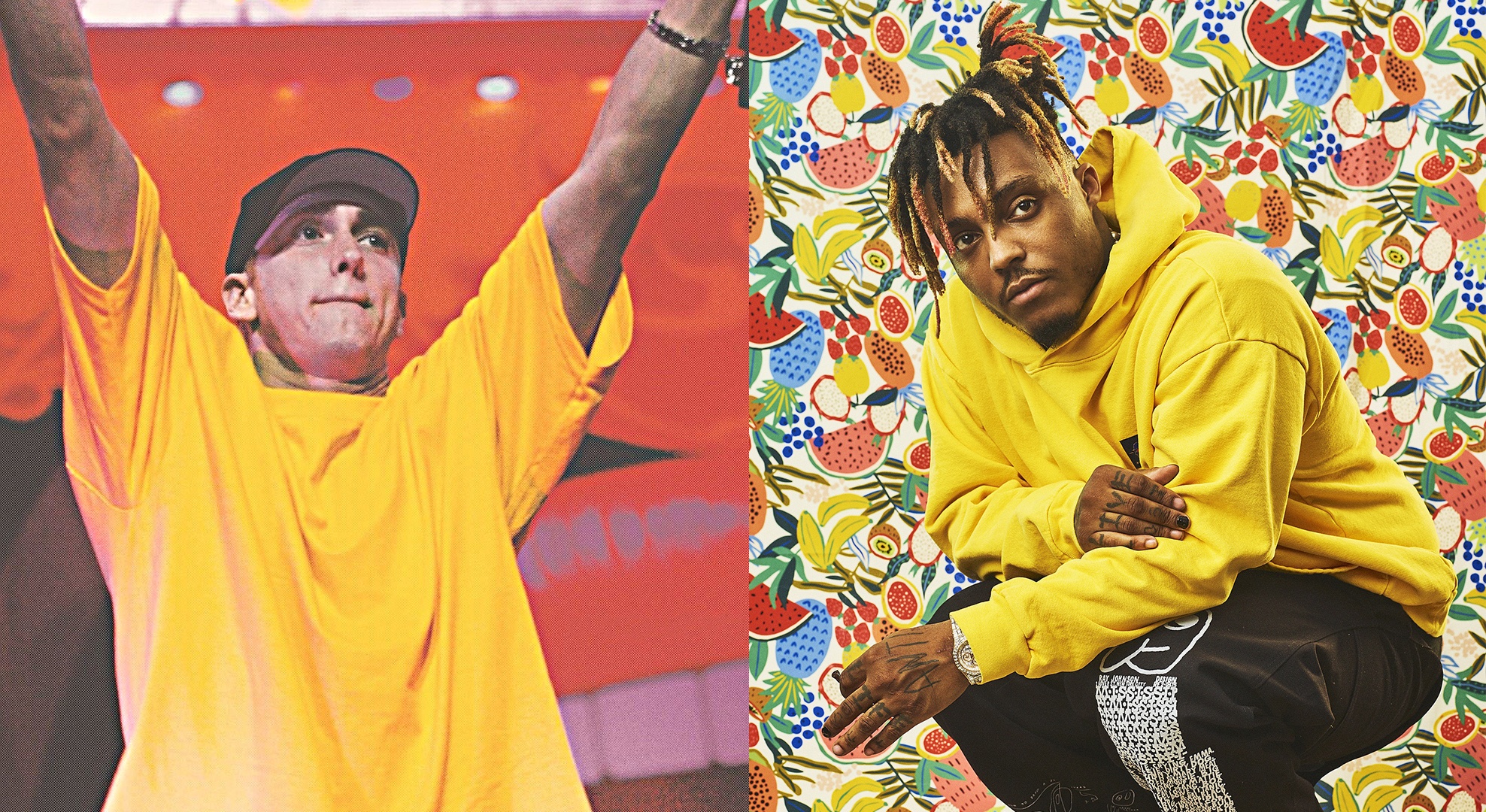 1 year ago today, in 2019, we lost one of the most talented rappers from the new generation — Juice WRLD.

Earlier this year, Eminem set down with Kxng Crooked for a lengthy interview where the two talked about many things, including Juice.

“Shout out to Juice WRLD, man. That kid was so talented. His freestyle that he did on Tim Westwood where he rapped for 1 hour…I was like, WHAT THE F**K. The way he was freestyling…That’s the s**t that we used to try to do at the Hip-Hop Shop. It was like, we were working on freestyles but to be able to slip in and out of written when you need to…You got a certain punchline to take out this dude.” says Eminem.

“And to be so young. He mastered that so f**king quickly. It’s really sad…His potential was so off the charts.” – adds Eminem

Eminem and late rapper Juice WRLD team up for the first time on “Godzilla” earlier this year. It marks the first collaboration between Juice and Em. Juice had previously named Eminem as one of his biggest influences in numerous interviews. He also freestyled almost an hour over different Eminem beats on Tim Westwood. You can check all of those stories here.

“Godzilla” also serves as Juice WRLD’s first posthumous release since his passing on December 8, 2019 – exactly six days after his 21st birthday. Juice reportedly recorded the chorus for the track before his untimely death, although he was unable to complete his actual verse for the song in time. Revisit the track below: