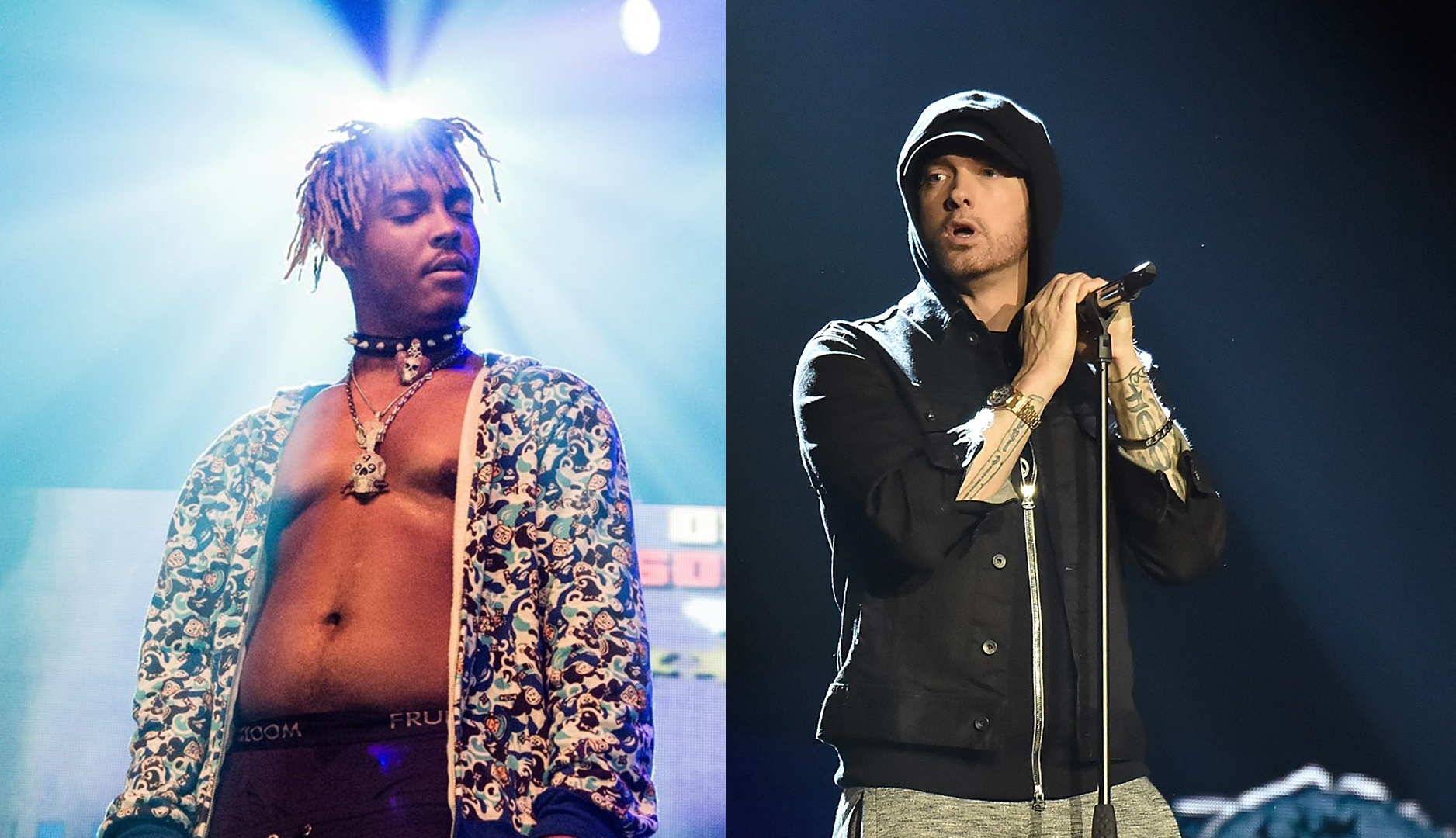 Juice WRLD was a huge fan of Eminem. He had named the Detroit legend as one of his biggest influences and inspirations while growing up. Slim Shady’s influence is seen throughout Juice’s lyrics, whether he is mocking pop culture’s current establishment, referencing extensive prescription drug use, or rapping about violence against women. Check out interviews, freestyles and songs where Juice expresses his admiration to Eminem:

Juice WRLD tells Sway: “I was really big on Eminem before Tupac. Eminem was the first legendary artist that got me like ‘oh my God, this is crazy.'”

Juice WRLD’s music video of “Lean Wit Me,” is inspired by Eminem’s “When I’m Gone.”

Juice WRLD freestyles for almost one hour over Eminem beats with Tim Westwood: “Shout out 2Pac, without him I would not be here, believe it or not. Shout out Eminem, same situation.” & “I would not be who I am without Eminem’s music.”

Juice WRLD references Eminem’s “Stan” in a song “Make Believe”: “You walked in, I’m listening to “Stan” on E, yeah, ecstasy. Matter of fact there’s a bridge that my car wants to meet. Road trip on me, it’ll be fun, you’ll see, but you don’t gotta sit in the trunk, you can sit next to me, Me and Stan, we alike, but he ain’t nicer than me
He was drunk drivin’, me, I’m just straight Perc-ules.”

Juice WRLD to NME Magazine: “People wanna see us fall out. You an Eminem fan? A perfect example. When he first came out, what was he doing? Talking s**t. About who? E-v-e-r-y-b-o-d-y. Everybody! Some people took it as offensive; others took is as funny. The rap game now – I’m sorry to say it – but it’s so motherf**king soft. You can’t do anything without someone being offended nowadays. When did we become so soft?”

Juice to Montreality: “I f**k with Eminem so heavy. ‘I never meant to give you mushrooms girl, I never meant to bring you to my world.’ That s**t was fire. Watch it below: