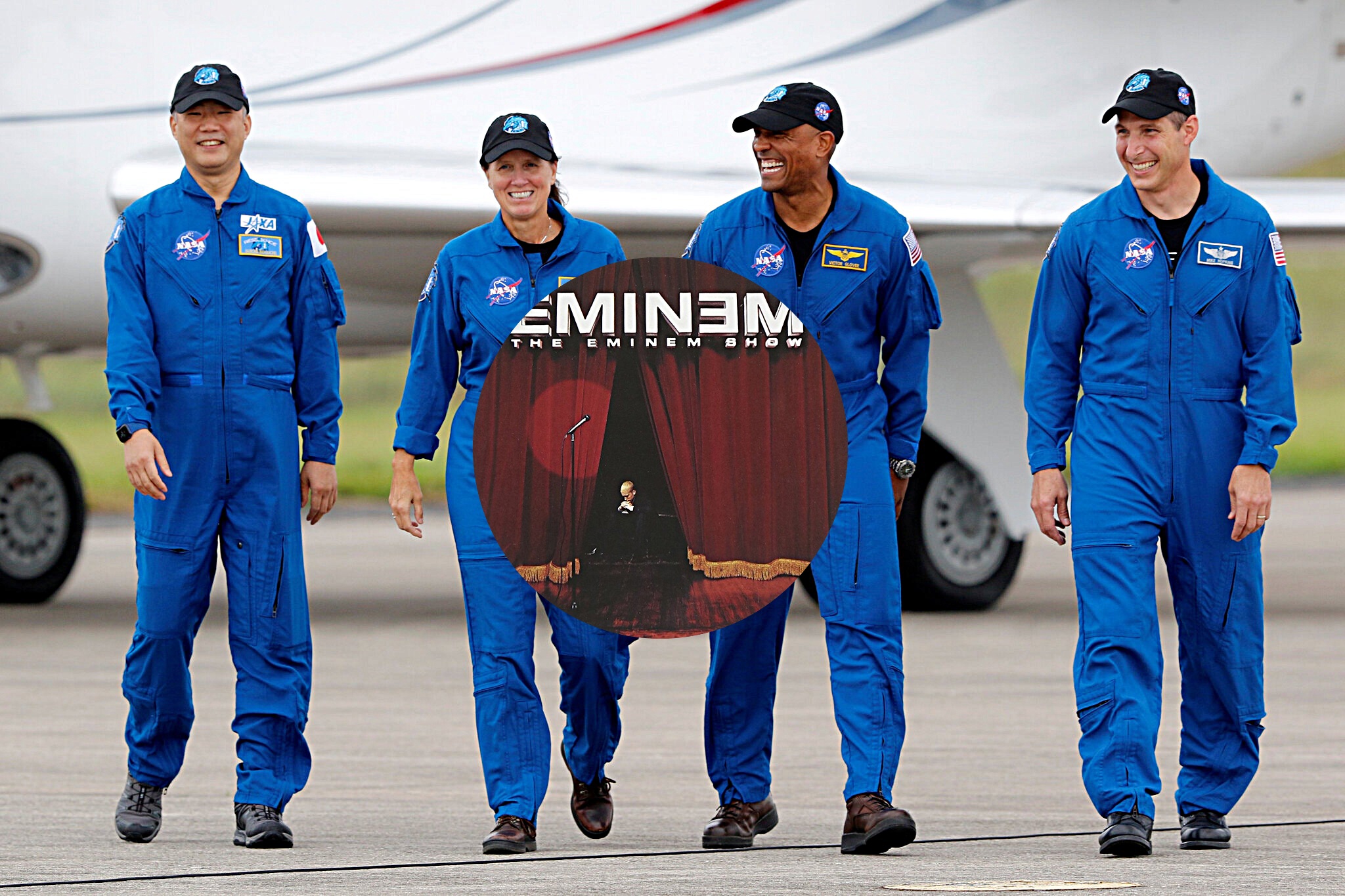 SpaceX carried 4 astronauts to orbit on Sunday night (November 15, 2020) overcoming iffy weather and brief delays with the inner seal of a spacecraft hatch. After a trip of some 27.6 hours in orbit, the astronauts will dock with the International Space Station and begin a 6-month-stay.

At 7:19 p.m. ET, the 9 engines of the private company’s Falcon 9 rocket roared to life and brightened the night cold sky as the rocket arced over the Atlantic Ocean.

Before the launch, NASA shared the playlist of the songs the staff listened during the ride to the rocket launch pad and it includes Eminem’s 2002 single “Till I Collapse,” the song that is recognized as the biggest motivational song by Spotify users.

The playlist was announced during the live video via NASA news. You can watch it below:

You can listen to the playlist below: