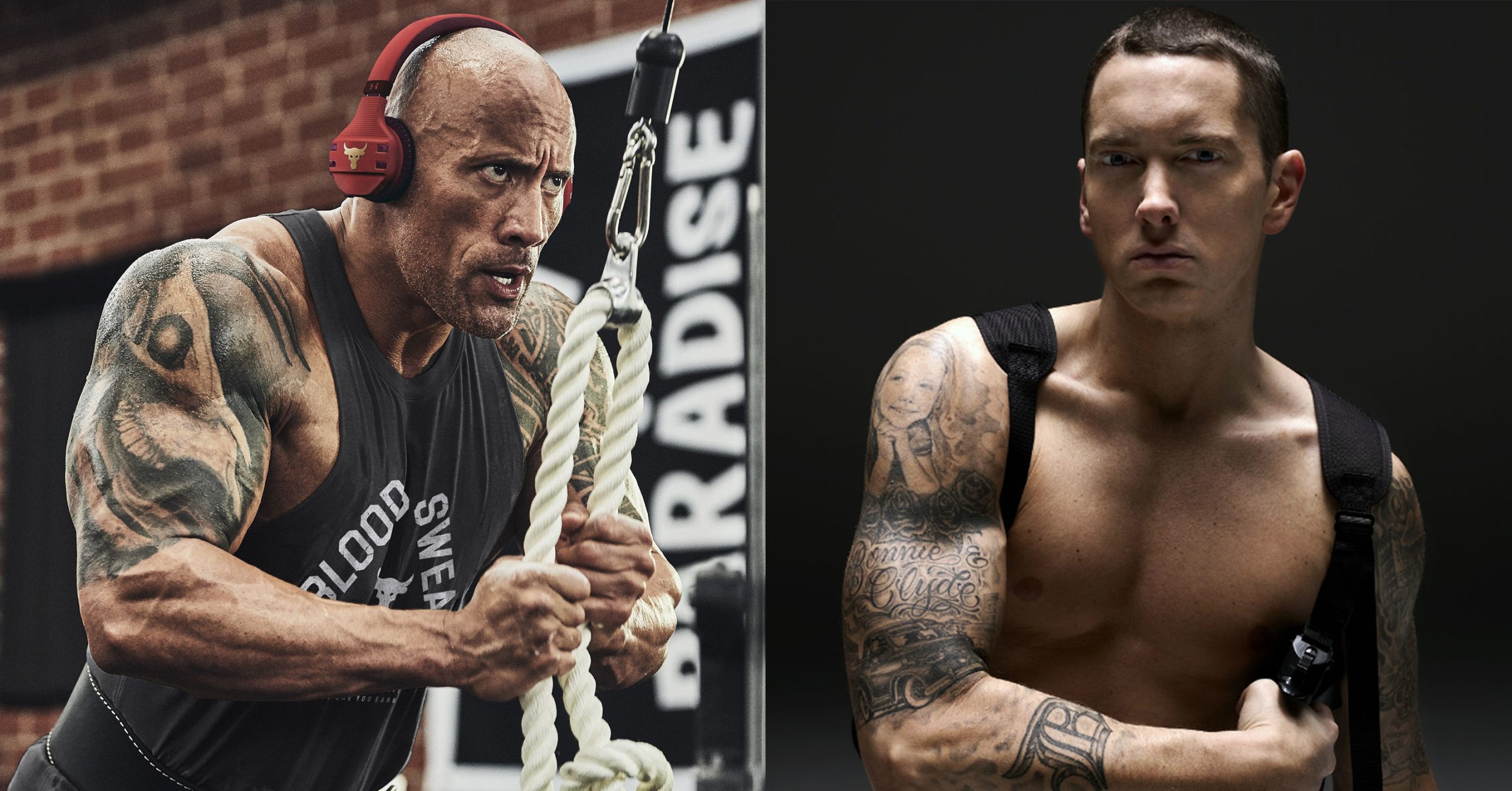 Dwayne Johnson, better know “The Rock” to the world, has just posted a video of himself working out in a gym while bumping Eminem’s timeless hit song “Till I Collapse,” featuring Nate Dogg, from The Eminem Show (2002) album.

Based on the caption, this is a video shoot of the commercial of an energy drink called ZOA that is hitting markets in March, 2022.

The Rock even quoted the lyrics of the chorus of the song. The caption reads: “‘Til the roof comes off, ’til the lights go out. ‘Til my legs give out, I’ma rip this shit ’til my bones collapse… Was intense, but we had fun shooting our bad ass Zoa Energy commercial that will air next month. I shot this “walk of hell” multiple times with 120LBS of chains wrapped around my neck, so my legs were fucked up and on fire at this point but the energy and mana in the gym carried us thru. Can’t wait for you #ZoaWarriors to see our spot! What DRIVES US, is what FUELS YOU.”

We are not 100% sure if “Till I Collapse” is a part of the commercial or The Rock just played it for the work out but the video is still epic! Check it out below!