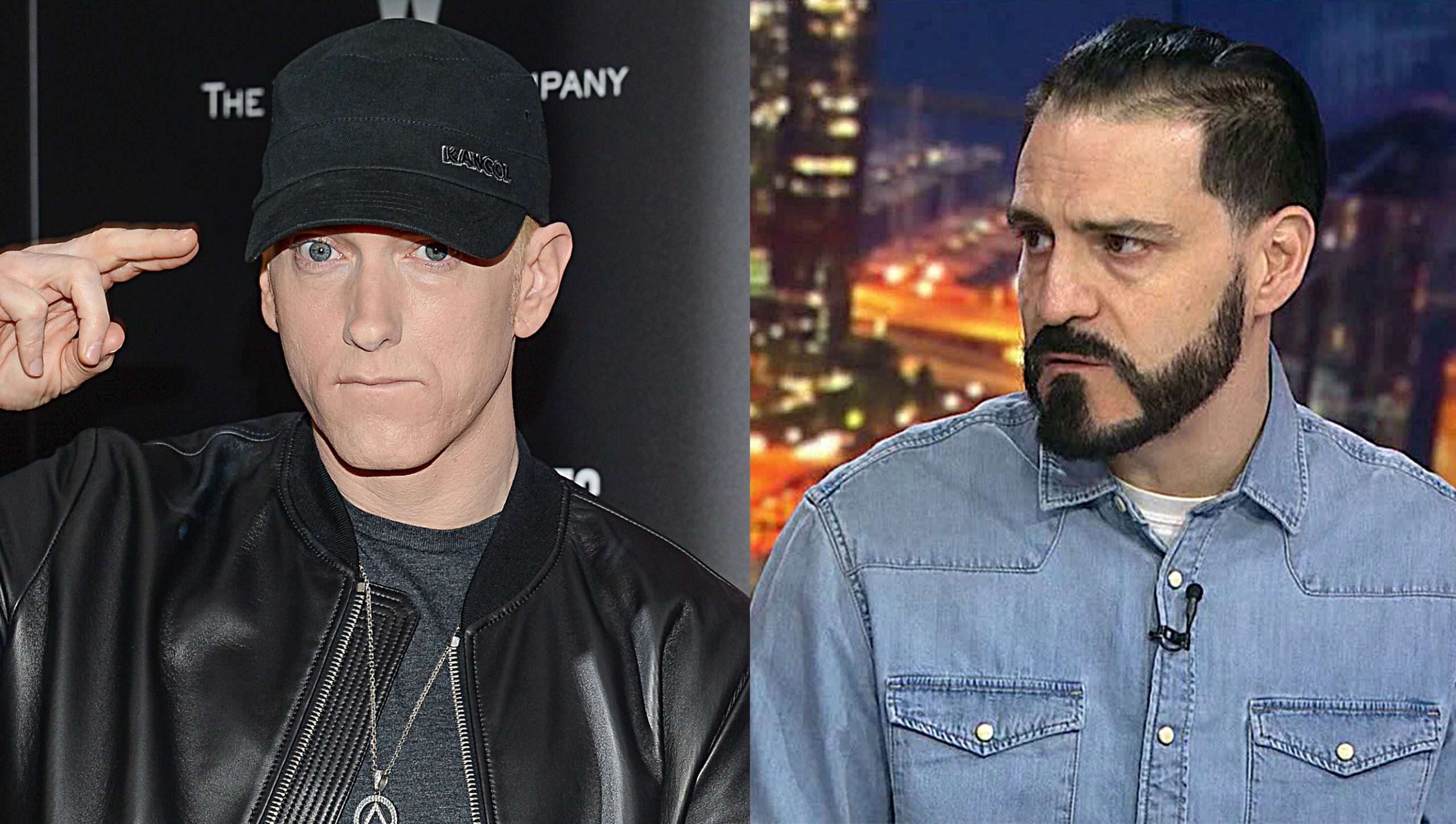 The Source magazine founder Dave Mays has recently set down with DJ VLAD, where he talked about Eminem’s racist tapes and crediting magazine for launching Eminem’s career.

“With Eminem situation, it started because Benzino felt…When the movie 8 Mile came out…Let me back up and say this… The Source discovered Eminem! The Source had Eminem on Unsigned Hype! Eminem is the first ever white person on the cover of The Source. Eminem wins lyricist of the year at The Source Awards in ’99 over some heavy competition. We helped launch Eminem’s career. We supported Eminem for those first few years.”

“But by 2002, this is when 8 Mile was coming out and this is when the media goes like ‘Eminem is the king of hip-hop,’ ‘he is the greatest to ever do it.’ They were just going crazy the way they were portraying him. That rubbed Benzino in a wrong way and it had him thinking like ‘this can be bad for hip-hop.’ Just like Elvis was used to change trajectory of Rock N’ Roll music and cut out black folks. He felt that way and he made a diss song on a mixtape. A little eight line diss. In a matter of weeks, after the mixtape got put out we started getting phone-calls like ‘Eminem’s already in the studio he made like three records dissing The Source and dissing Dave and Benzino and they were going crazy and whatever…”

“What I will say is…It became personal. It was not meant to be personal. The issue was not about Eminem per se at that time because when it starts those racist tapes don’t exists. Nobody knows about those tapes. WE don’t know about those tapes. Those only surfaced a year down the line after the back and forth. Eminem comes out with songs dissing The Source. Benzino makes songs and videos dissing Eminem and going back and forth.”

“A year down the line these three white kids from Detroit showed up in my lobby. They were sitting there couple of hours trying to get to see me. And finally I get the message and I bring them in and they play me some of this music, the racist rap hour. Eminem and his group at that time, three other white guys made this whole tape with a lot of racist stuff on it and of course that was shocking to hear and as a magazine we had an obligation to report that and put it out there. There was some negotiations behind the scenes with Interscope trying to shut it down and trying to get us not to put them out and bury them so nobody would know about it and we published and they sued us in a federal court and we won a landmark copyright ruling where the judge allowed us to put out only a very small portion of the tape under what’s called fair use law. A lot of stuff that was on a tape never got out.”

“I don’t think you could attribute the decline in newsstand sales strictly to the situation with Eminem. This is dot-com era is thriving, magazine sales are declining. There are other factors. So the point I’m saying is, that’s not the thing that caused the downfall financially of The Source. There were more significant factors. So If I had to change anything, it would probably be taking out that 12 million dollars loan and gambling on dot-com. That’s what I f**ked up. If I hadn’t done that I think things would have been different.”

“Even coming through the Eminem situation. We were coming out of that. Source Awards was still happening. We were still getting tons of advertising. People still loved The Source. I think lots of these narratives come from people in music and media industry. I don’t believe a lot of these narratives come from fans. Interscope and Universal Music controlled almost 80% of all the hip-hop being sold at that time. Everybody was on their payroll. Lots of them respected The Source’s position but were too scared to speak out and support us because it would have impacted their livelihood and that’s understandable.” said Dave.