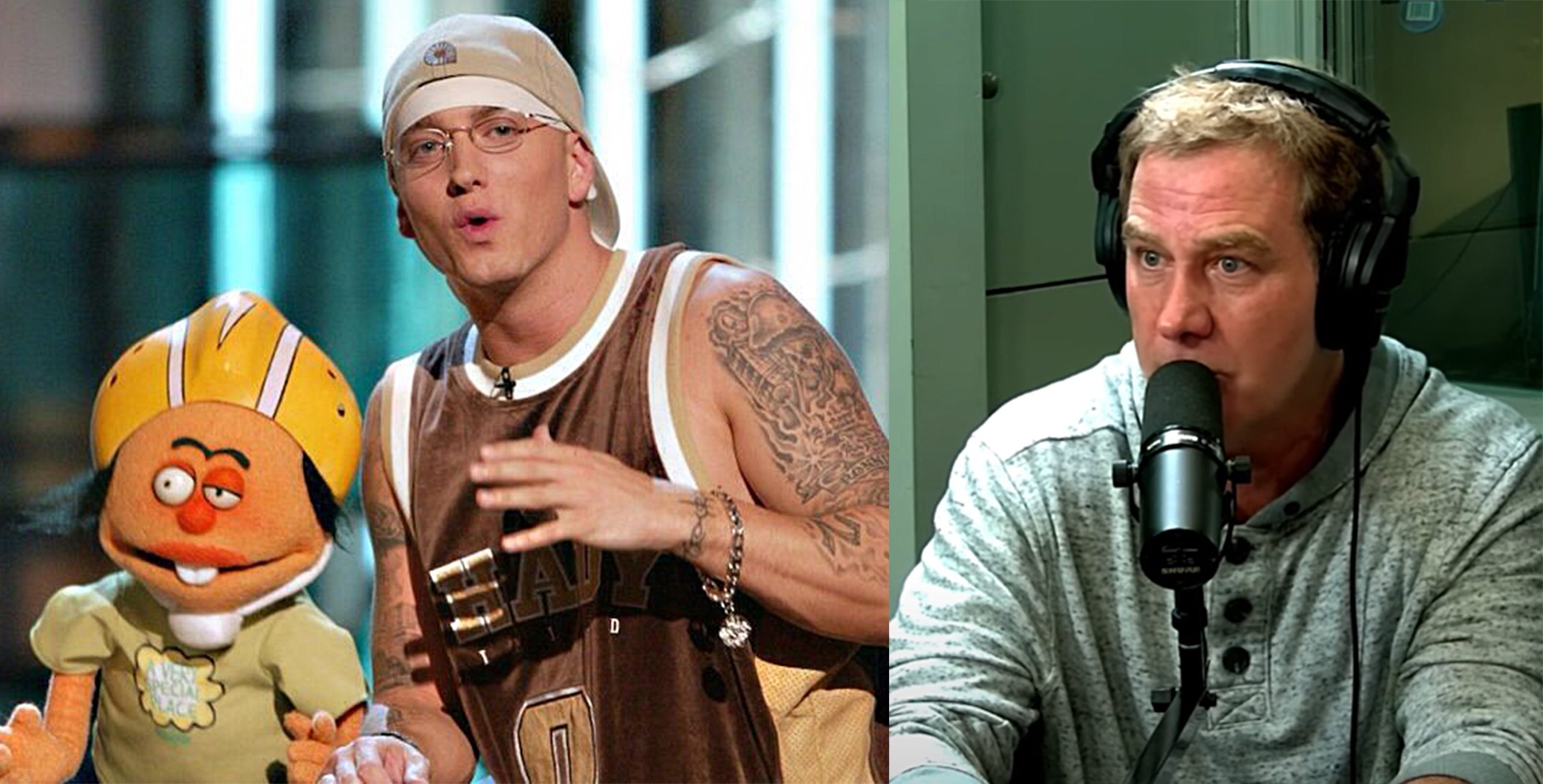 Legendary stand-up comedian, actor, author and television personality, Jim Florentine, who best known for co-hosting That Metal Show on VH1 Classic and voicing several characters on Crank Yankers, including Special Ed and Bobby Fletcher, has recently sat down with Godfrey where he talked about hooking up with Eminem and developing great relationship with him.

“This was when he won the MTV Movie Awards for 8 Mile. That was like 2004. I remember I was sitting in my living room, watching the Movie Awards. We heard that Eminem was a fan though the great find. The season went through one season and we had s**ty ratings and we were talking if we waned to do second season or not and then we heard Eminem was a fan. And then I was like ‘wow cool.’ Then I was sitting in my apartment watching the award and I saw him doing the imitation of my show and I’m like ‘HOLY S**T.’ Next morning his manger called Comedy Central and got in touch. They were like’ Eminem wants to do that show. It’s the only show he watches. He watches it with his daughter and he wants to be a character.” said Jim Florentine.

He continues: “He wanted the calls with the guy that does Special Ed and Bobby Fletcher. Those are two characters that I did. So, like four days I was in Detroit in the studio doing prank calls. He was the f**king best. When he walked in and I saw him in the studio I was like ‘Holy s**t. There he is. Eminem.’ And I’m like ‘let’s just be calm, I’ve been around celebrities before. Cause I’m thinking if I piss this guy off, he’s gonna write whole album about it.”

“He comes in and goes like ‘I can’t believe I’m in the room with the guy who does the voice of Special Ed.’ He was like ‘How did you do that call. How did you know to go on this direction.’ He knew everything about Crank Yankers and we started doing calls. We did about 3-4 of them. It was unbelievable.”

“Then we did something at the MTV Music Awards. We did a thing where he brings Special Ed. He said on the stage I brought my friend with me and I popped up with the puppet. I’m under podium, doing the voice. I’m just keep bothering Eminem and Eminem beats up the Special Ed. Cause he won’t s**t the f**k up. He says he’s cured and he’s all happy and loves all the puppets but eventually he beat the s**t out of him.”

“So we did that and then I went dinner with him. Went to the club. And then he would prank call my phone. He did that Special Ed imitation. I know it was him but he would never say anything. It would come up private. I’m like ‘who is he’ but I knew it was him. I could not believe it was Eminem on my phone pranking me. I did more calls for his band, D12. We also did ‘Ass Like That’ video. I was in it.”

“The best thing was his manager Paul Rosenberg hires me to do stand-up at Eminem’s birthday party in Detroit. I was like ‘I don’t want you to pay for me just pay for my hotel room and flight. It was some dirty rock club. They had everybody up there freestyling. Biz Markie is there. Proof is there. Eminem’s up there. It was crazy there.”

Watch the full interview of Jim Florentine below: