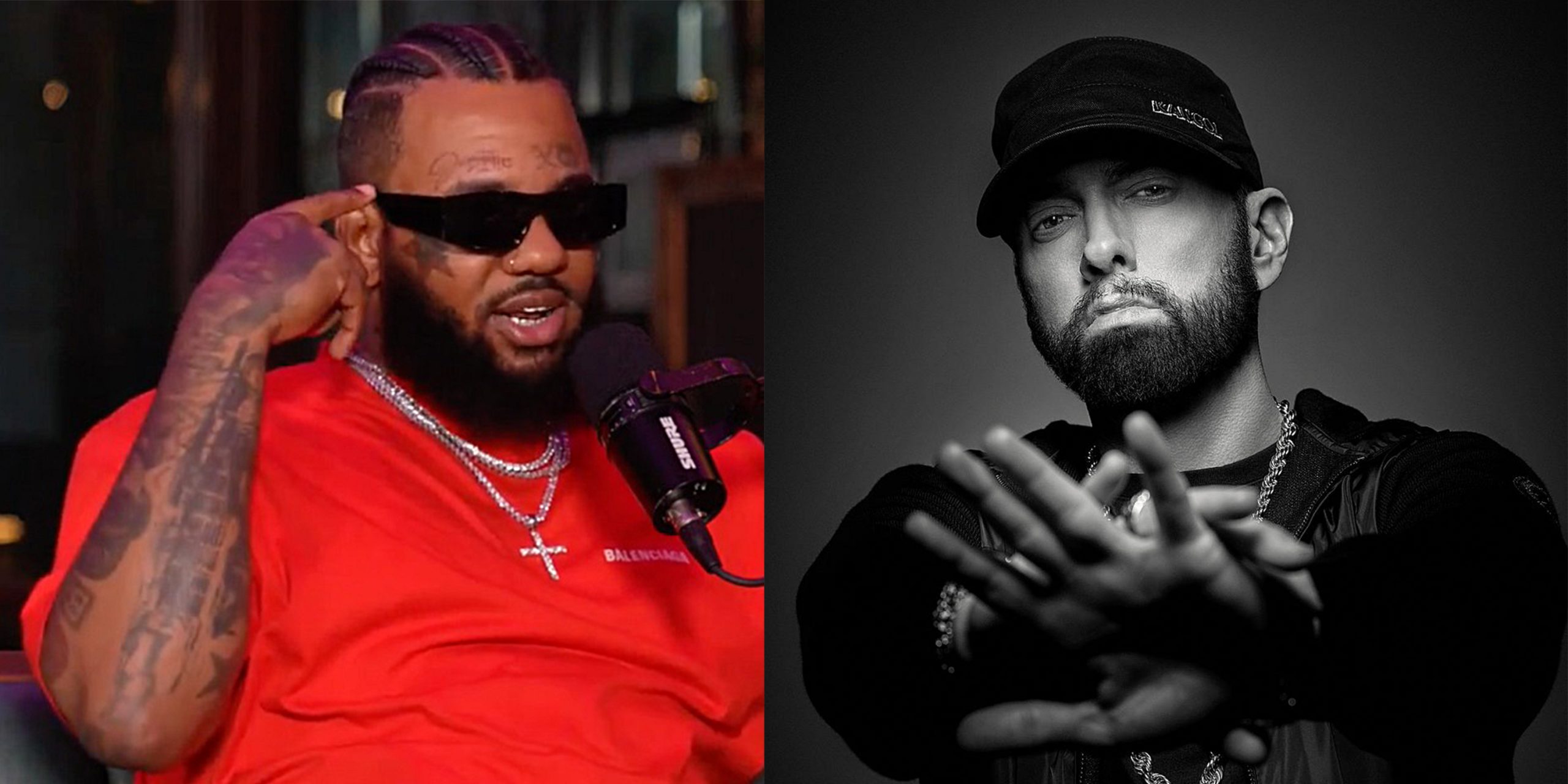 In an interview on the Rap Radar podcast, The Game addressed his recent 10-minute Eminem diss track “The Black Slim Shady” on “Drillmatic: Heart Vs. Mind” album. Speaking with Elliott Wilson and Brian “B.Dot” Miller, the West Coast rapper named few reasons he went against Eminem.

“What’s the reason going at Eminem? Number one, just because nobody does. Number two, I pissed off a lot of people with that song, you know Em got a lot of Stans. But as far as it being personal, it’s not personal. I came up on Em too. I remember the first time that ‘My Name Is’ came out. I was, like, ‘whoa’-ed by it. I felt the same feeling when I heard that, that I felt when I heard “Juicy” from Notorious B.I.G. the first time. … I always f**ked with Em,” he said.

The Game continues with revealed third reason of dissing Eminem: “I think me and 50’s fallout kinda made Eminem choose a side and he was not doing the s**t that I did. He was like, ‘I’m going with 50. F**k you n***as.’ But I just felt like I had some emotions, a little bit, about Super Bowl s**t and all of that. And that’s Dre’s boy, and Dre don’t rap. So it’s like, if I wanna have a conversation with Dre or I’m mad at Dre, let me poke shots at Eminem. And 50 can’t out-rap me, he’s doing his TV thing and more power to him, the shows are great. But as far as rap s**t, I got that locked. So the only person I could rap with, or try to poke the bear and see if he really want to go there, is Em.”

Then interviewer asked about The Game’s Top 10 rapper tweet from last year, where the Compton rapper puts Eminem at No. 4. On that Game replied: “There are emcees out there that you might have thought was number one at one time and not your favorite anymore. Another thing is, it’s like Floyd Mayweather and Muhammad Ali thing. If he’s number four and I feel like I’m number one for me, why would not I take shot or challenge everybody in my top 10? why not? If you met Floyd Mayweather when you were coming up in Olympics and he ended up being undefeated and now you have the chance to fight him you turn it down because you are a fan? Are you not training to be better than Floyd? With Em, it was not a personal thing. I did it with Hov when I was younger. Hip-Hop gotta be interesting. These ni**as these days are goddamn boring or everytime somebody wants to beef somebody got to die, I don’t get that. Sometimes, ladies and gentlemen, it’s just hip-hop and leave it that way. If I see Em, I’m NOT FIGHTING EMINEM. Lyrically, outside maybe Em or Kendrick or Cole or some of these super lyrical ni**as, I don’t think nobody can lyrically go at me.”

You can listen to the podcast below: