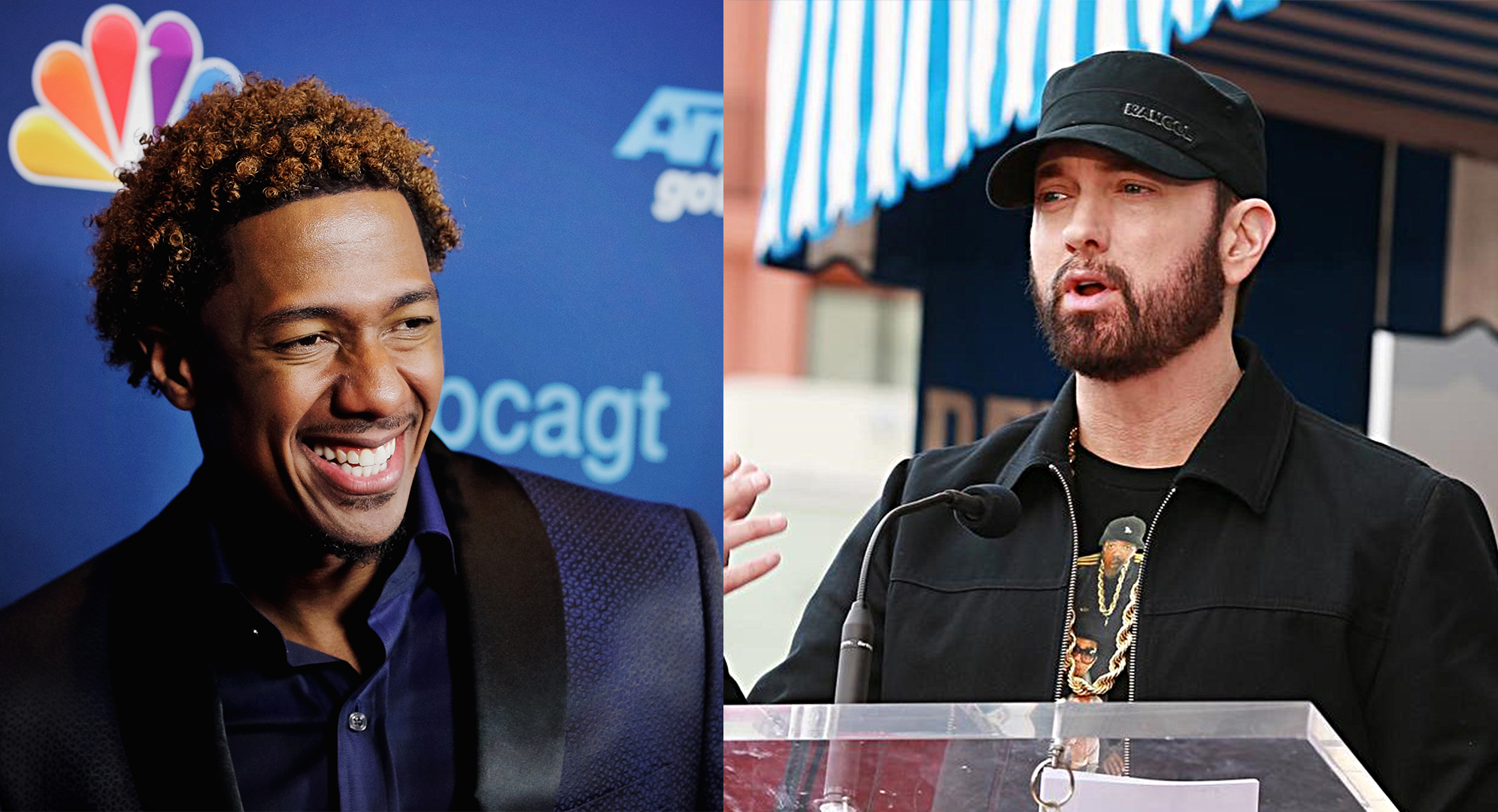 Back in 2020, in an interview with VladTV, Nick Cannon said he wanted to physically harm Eminem at one point when they were beefing in 2009.

Eminem responded to Nick in a verse for Fat Joe’s “Lord Above” song in which he raps: “I know me and Mariah didn’t end on a high note but that other dude’s whipped, that pu**y got him neutered/Tryna tell him his chicks a nut ‘fore he got his jewels clipped/Almost got my caboose kicked/Fool, quit, you not gon’ do s**t/I let her chop my balls off too before I lost to you, Nick (eunuch).”

Cannon fired back to Eminem with not one but three diss tracks: “The Invitation,” “Pray For Him” and “Canceled: The Invitation” but Eminem remained silent aside from two tweets, debunking Cannon’s fake bars.

In a recent interview with HipHopDX, Nick admitted he did all these to get Slim Shady on his “Wild ‘N Out” show.

“I was a little overzealous. I was a little heavy-handed. I’m going to say a couple of things. First of all, I love Eminem as an artist. Slim Shady LP, The Marshall Mathers LP — those are some of my favorite albums. But I think there was a lot that went on there. One, the whole goal was to get him to come on Wild N’ Out and acknowledge it. So there was a mission to it because I was like, ‘Yo, that’d be the most amazing show ever.’ It was an invitation to come on the show. But also, a little bit, what was that, 2018 or something like that or whatever, I was playing the game. In 2008, I was really upset about what he had said about my wife at the time.”

“And I was legitimately hot and wanted to fight and all. I was a different guy. So I was mad. And then I think a lot of that started to get stirred up again where the line of, I got so much to say, but I had to know this is entertainment. And there’s a mission here. But at the end of the day, I ain’t going to stand for no disrespect either. So in hindsight, I probably would’ve been a little bit more strategic and let maybe one or two of them linger. But to me, I showed up with a cannon to a knife fight. And he started it [laughs]. I don’t say anything. But I was like, ‘I got time today, Marshall.’” – said Cannon.

You can check the interview on HipHopDX here.