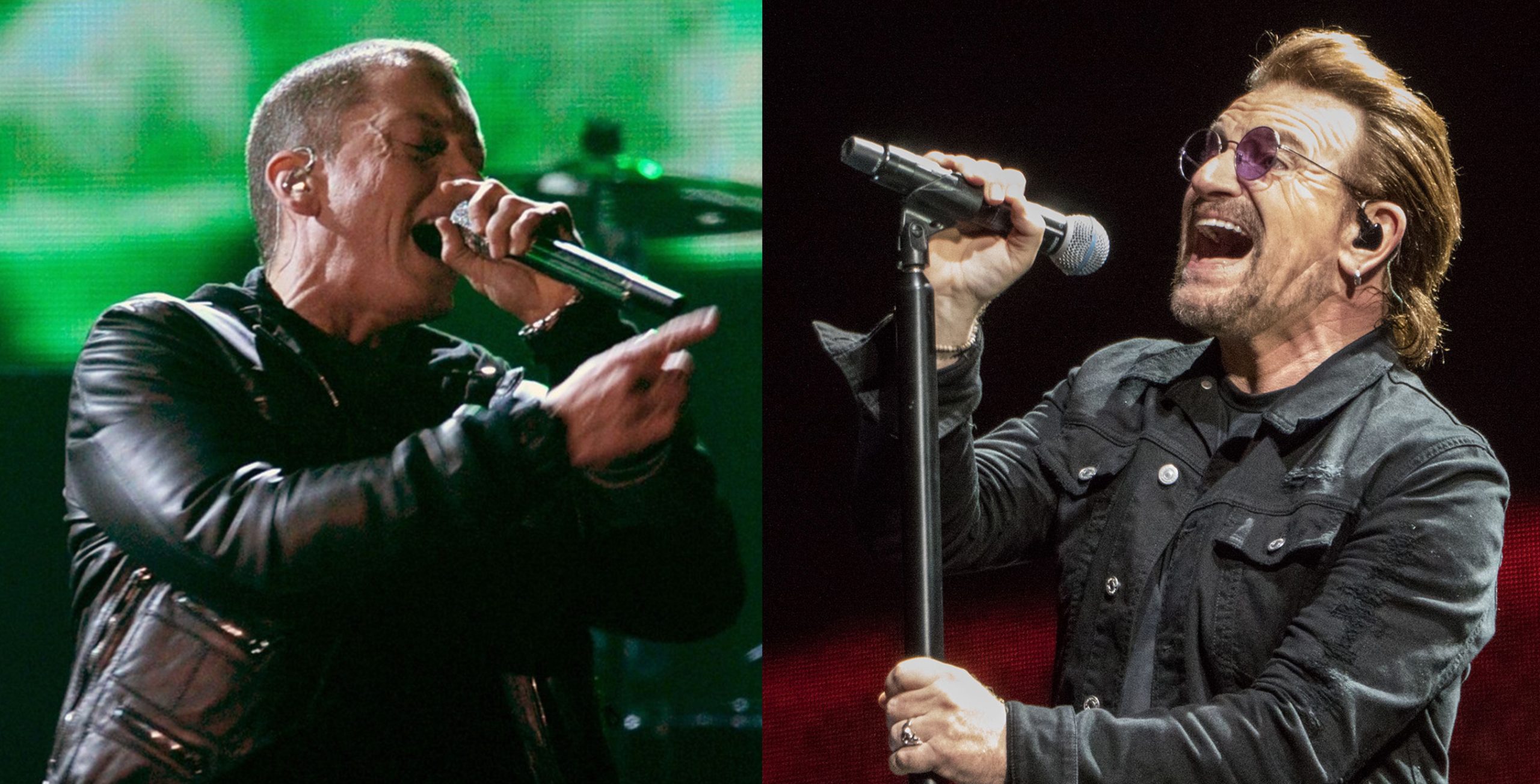 Variety magazine has recently sat down with U2 singer Bono and his bandmate, the Edge, this week.

This year the legendary rock band came up with “Your Song Saved My Life,” tune for a climactic scene in “Sing 2” that is currently shortlisted in the Oscars’ best original song preliminary voting.

During the interview, the Edge and Bono talked about a variety of subjects, including: the subterfuge of sneaking serious themes into family-friendly animation and their previous Oscar nominations and losses.

Back in 2003, U2 was nominated at the Oscars for “The Hands That Built America” song from Gangs of New York but lost to Eminem’s “Lose Yourself” from 8 Mile movie. They also lost in 2014 to Kristen Anderson-Lopez and Robert Lopezs.

Interviewer: Looking ahead to the Oscars this year, the shortlist, it’s star-studded, and talent-studded. Looking at who you’re up against, is there anybody you’d the most embarrassed about beating, if you won?

Bono: Oh, no. We’d never be embarrassed about beating (anyone)! Although I will say, (losing to) Eminem (in 2002, when U2 was nominated for a song from “Gangs of New York”), I have to be honest, that song, “Lose Yourself,” we were sitting there — he wasn’t even there — and it’s really an extraordinary song. I still had a tiny bit of humble, and there was a part of me there that was going, “Mmm. This will be hard. To win against that could backfire.” But we lost to a children’s animation, I think, for “Ordinary Love” (in 2013, when “Let It Go” won). But it had that incredible psychedelic line in it, didn’t it? [When Elsa sings, “My soul is spiraling in frozen fractals all around.”] So we had to let that go. … Look, at this point, you just want your song to get a chance to be heard, and this is a great vehicle for it.

Bono also briefly talked about Eminem’s “Cleanin’ Out My Closet” song: “Opening up to questioning why you do things, and about how you grew up and why you ended up where you ended up and all of those kinds of questions, once I opened that door, I couldn’t close it. And there was a lot for me to look at. Was it Eminem who talked about tidying his room [laughs] — “Cleanin’ Out My Closet”? That’s just an amazing song. Yeah, it was a bit of tidying of the room.”