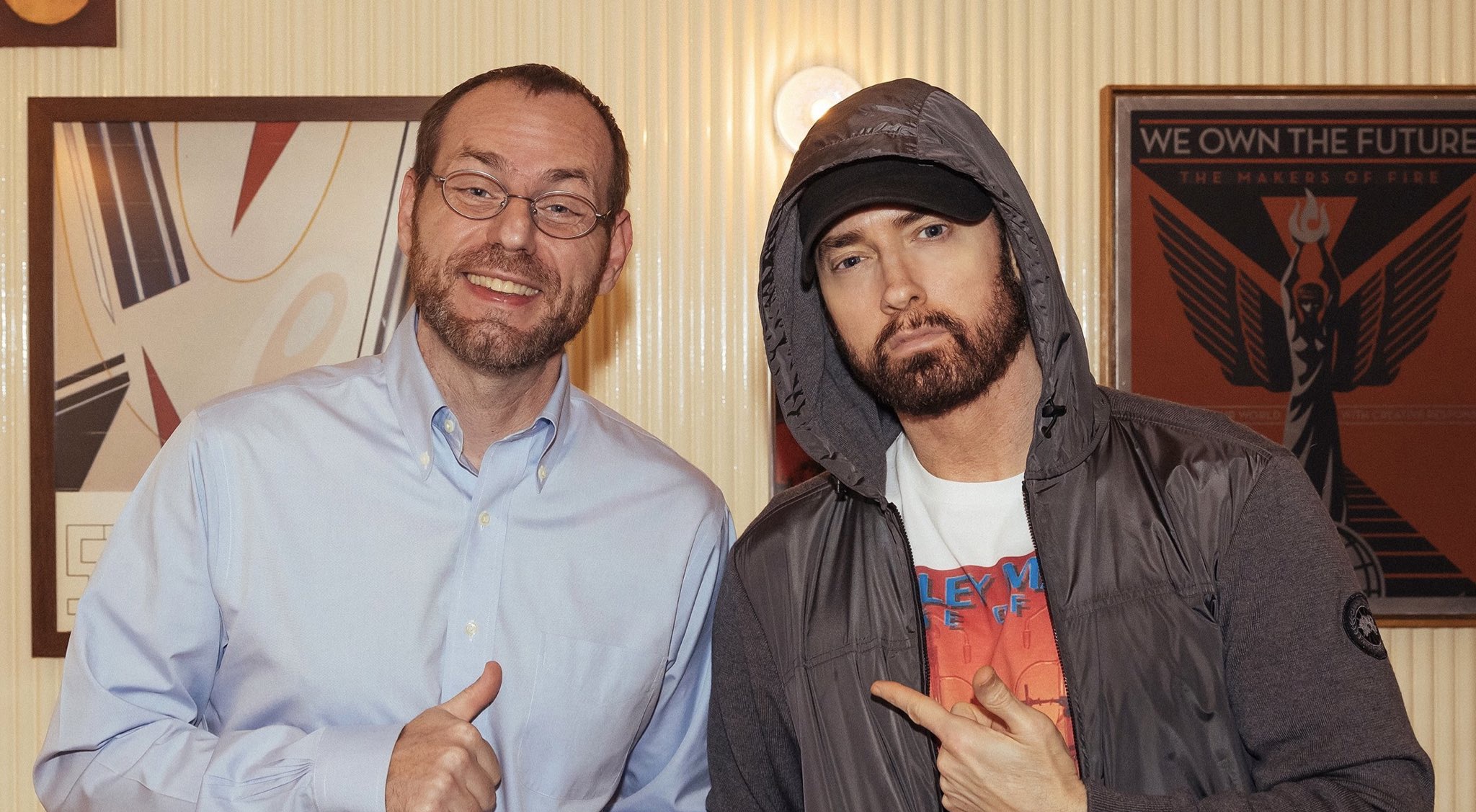 Eminem has opened “Mom’s Spaghetti” restaurant in downtown Detroit and few lucky fans got a special taste of it yesterday — hand-served by Eminem himself.

Slim Shady spent several minutes manning the alley window of the new eatery on Woodward Avenue, treating the first 10-12 fans in a blocks-long line to takeout boxes of spaghetti and selfie snaps as he inaugurated the new restaurant inspired by lyrics from “Lose Yourself.”

After Eminem left, he went straight to Shade 45 for Rude Jude’s All Out Show where the Rap God gave short and funny interview about the restaurant.

“Don’t even bite your spaghetti until you put it in bread. Otherwise your will ruin all the f**king thing. That’s stupid. Don’t be stupid. If I f**king catch out doing it without bread, there’s gonna be hell of pay. I’m not trying to offend anyone but if you are an f**king idiot don’t eat Mom’s Spaghetti.” jokes Eminem