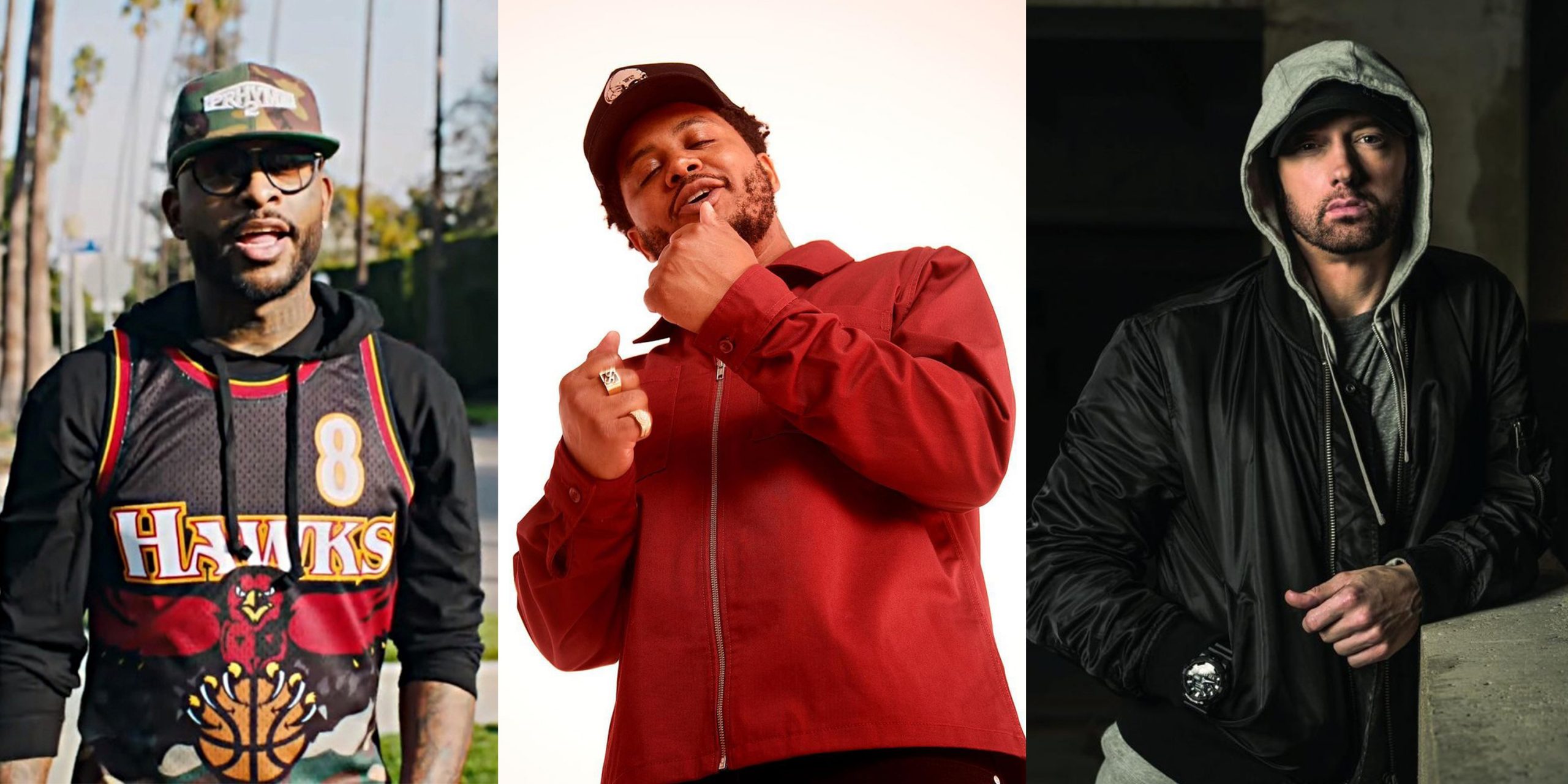 Shady Records latest signee, GRIP has recently sat down with Bootleg Kev for an interview on his podcast where the two talk about how Eminem found his music, signing to Shady Records, Atlanta music and more.

On signing to Shady Records

“Eminem is like a coach who used to play basketball in NBA. I felt that. Before we even get to any paperwork or anything, he was just like ‘Yo, I don’t wanna change nothing, everything you do is great, creative control.'”

“I chose the record which I wanted Eminem to be on. I played it before I told him and he was like ‘Damn, this hook is dope as f**k.’ I was like ‘that’s all I wanted to hear.’ With Royce, I already had the song constructed, like, the first half and second half and he just took the whole middle portion and killed that s**t which is what I was expecting him to do but then with Em s**t, I spent 16 bars. I was trying to be lyrical and do my own thing so when I sent it him and he sent back I already knew he was coming at least 36 bars. He went in. He went the f**k off. I don’t change s**t. I don’t change nothing.”

About his album “Snubnose” getting Eminem’s attention

“Em said he heard ‘Snubnose’ and the song ‘226’ caught his attention. I kinda rapping fast, switching cadences. For a long time, I was kinda upset cause it was great body of work and it fell under radar so for a long time I was frustrated. And its dope at least Em caught that s**t. It catapulted me to the next level. ”

GRIP also shows us why Eminem f**ks with him as the East Atlanta rapper spits some bars in an unforgettable freestyle.