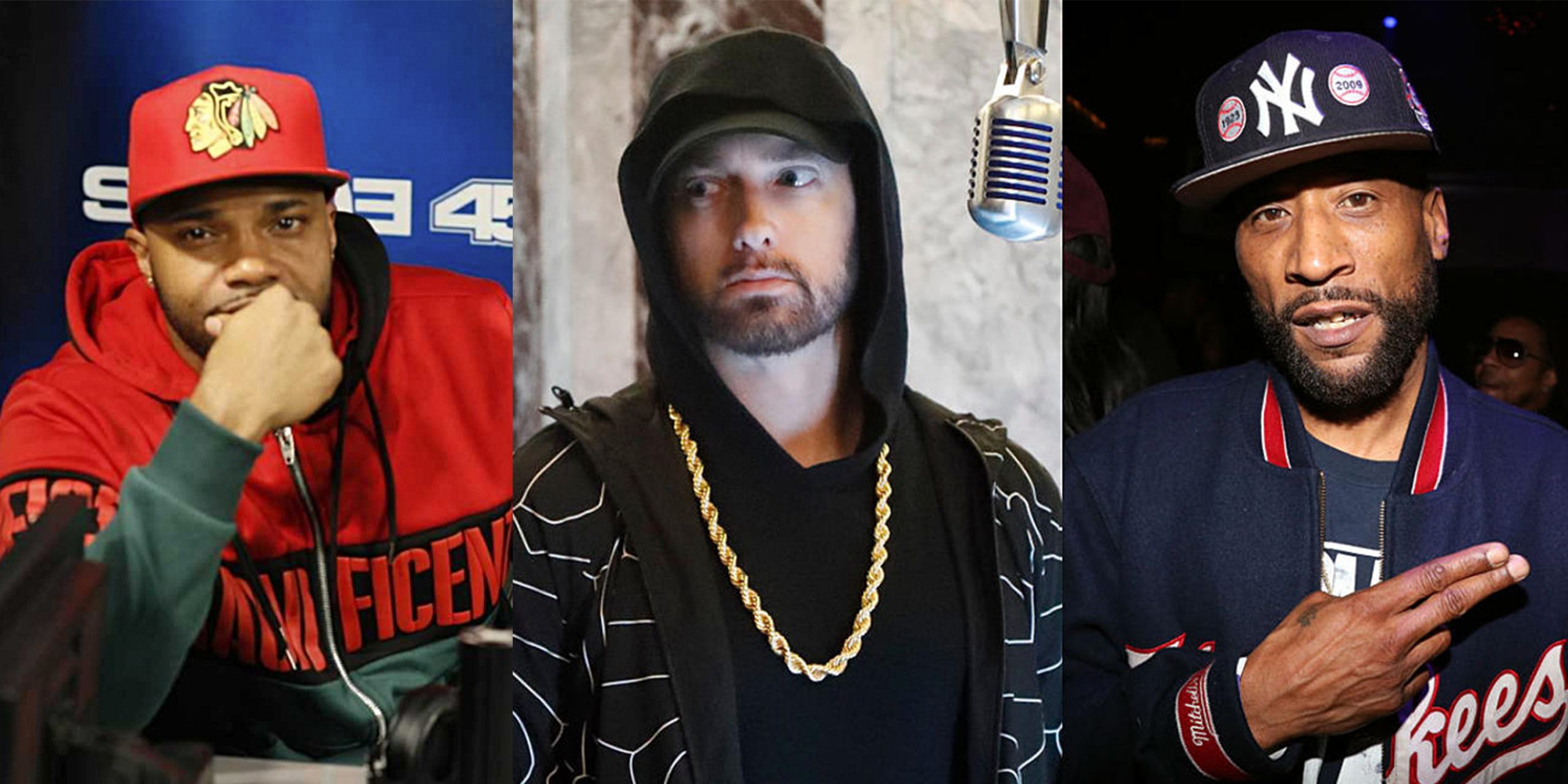 Lord Jamar and Smoke DZA has recently talked with Math Hoffa and the crew on “My Expert Opinion” about Drake and Kanye West, Lyrical rappers never going pop, Eminem and much more.

Math Hoffa literally started the interview with the straightforward question: “Why do you hate Eminem?!” On which, Lord Jamar replied:

“I had a feeling this would go to that direction at some point. First of all, according to Eminem’s fans, every time I speak – I speak about him. Which we know is not factual. I don’t even like to get in it no more. It was never about hating Eminem. It was just stating facts.”

“Hip-hop is black music. We created that s**t. As the creators, we decide who our GOATs are. Not records sales, not record companies, not white people, not any other people other than black people because we were the ones that started that s**t. So he got people coming out like ‘ohh Eminem is GOAT, he sold more records…’ Real hip-hop motherf**kers don’t care about record sales. Like MC Hammer was selling mad records, Vanilla Ice was selling mad records. That is not criteria that makes you good. And at the end of the day, you are not going to hijack this s**t from us and tell us who we f**k with.”