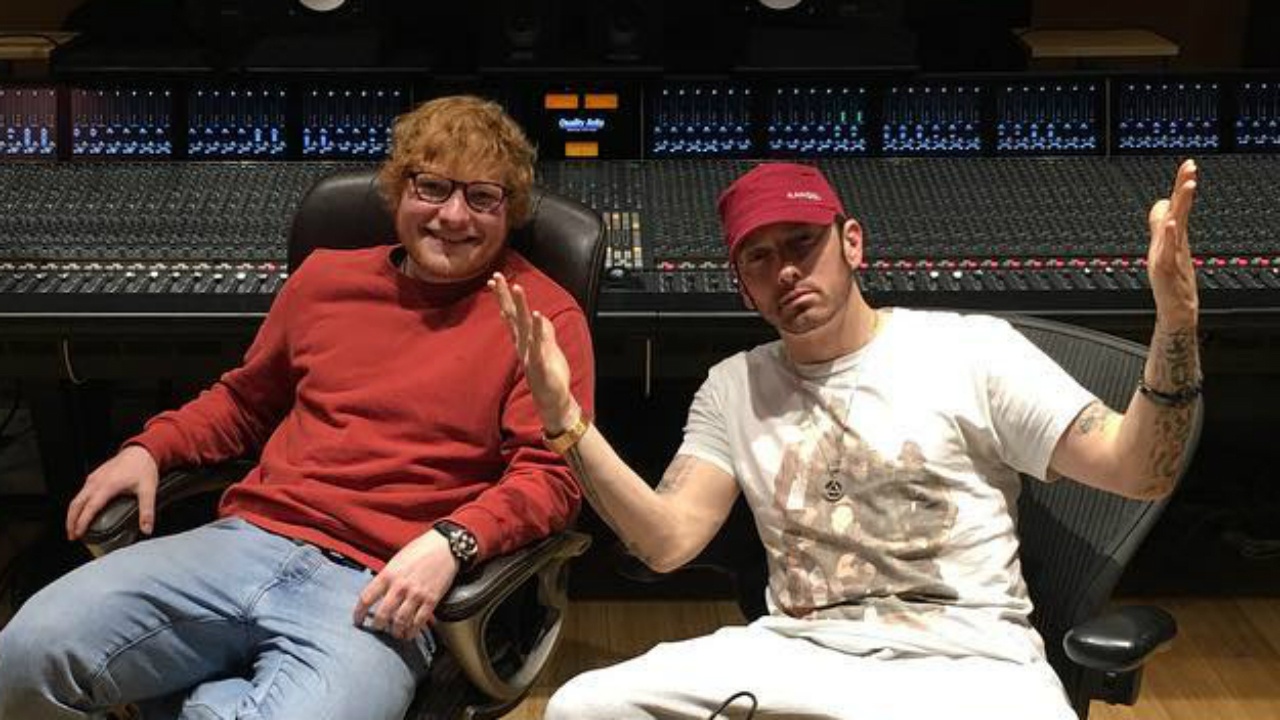 Ed Sheeran has released his comeback single ‘Bad Habits.’ To celebrate this awesome news, Ed Sheeran spoke to Fergal D’Arcy on TodayFM, where the superstar singer revealed the work ethic he learned from Eminem:

“In music, especially in American music, it is normal thing to work from 6pm to 6 am. This is not a normal schedule at all. Normal schedule is from 9am to 5pm. I actually learned it from Eminem. He does it. Eminem is like so strict when he works. I think he gets in at 10am and he leaves at 5pm, no matter what. And lunch is when lunch is.” – said Ed Sheeran.

“And it works. If you have family, you family can’t rely on someone who is fluid.” he adds.

Akon also talked about Eminem’s work ethic couple of times during the interviews. One of the cases was HOT 97 inter view from 2019:

“Smack That song has interesting story behind. Working with him made me look at the business differently cause he was the first artist that I’ve worked with that actually treated the business like a real job.”

“I was like, you joking right? but he was like I’ll see you at 9A.M. so I get there on 9 and he shows up exactly on time. Plays some beats, we vibing, Em’s like, ‘yo I am about to go out for lunch.’ I said I will meet you after…He goes takes his lunch, after an hour comes back. I play him the record, play him the chorus. He is like oh, this is it!”

“He goes into his verse. 5 PM comes. He’s halfway in. He’s like ‘alright bro, I’ll see you tomorrow. At this point, I’m like ‘Yo, this is crazy right! but then Em said ‘I just like to be here. I treat it like real job. I don’t make it no more than what it’s supposed to be. I don’t let it stress me out, stay longer than I have to. I got a family, I got a daughter. I want to make time.”

“I was like ‘damn, he is right. Some days I am in the studio three, four days. I do not come out. Don’t see my kids, don’t call my wife, none of that. I am sitting here like, [Em’s way] makes a lot of sense. Ain’t nothing gon’ change between today and tomorrow.”

“I met him next day and told him ‘you know what bro, you just gave me whole new outlook on how to treat the business. I don’t force it like I used to.”