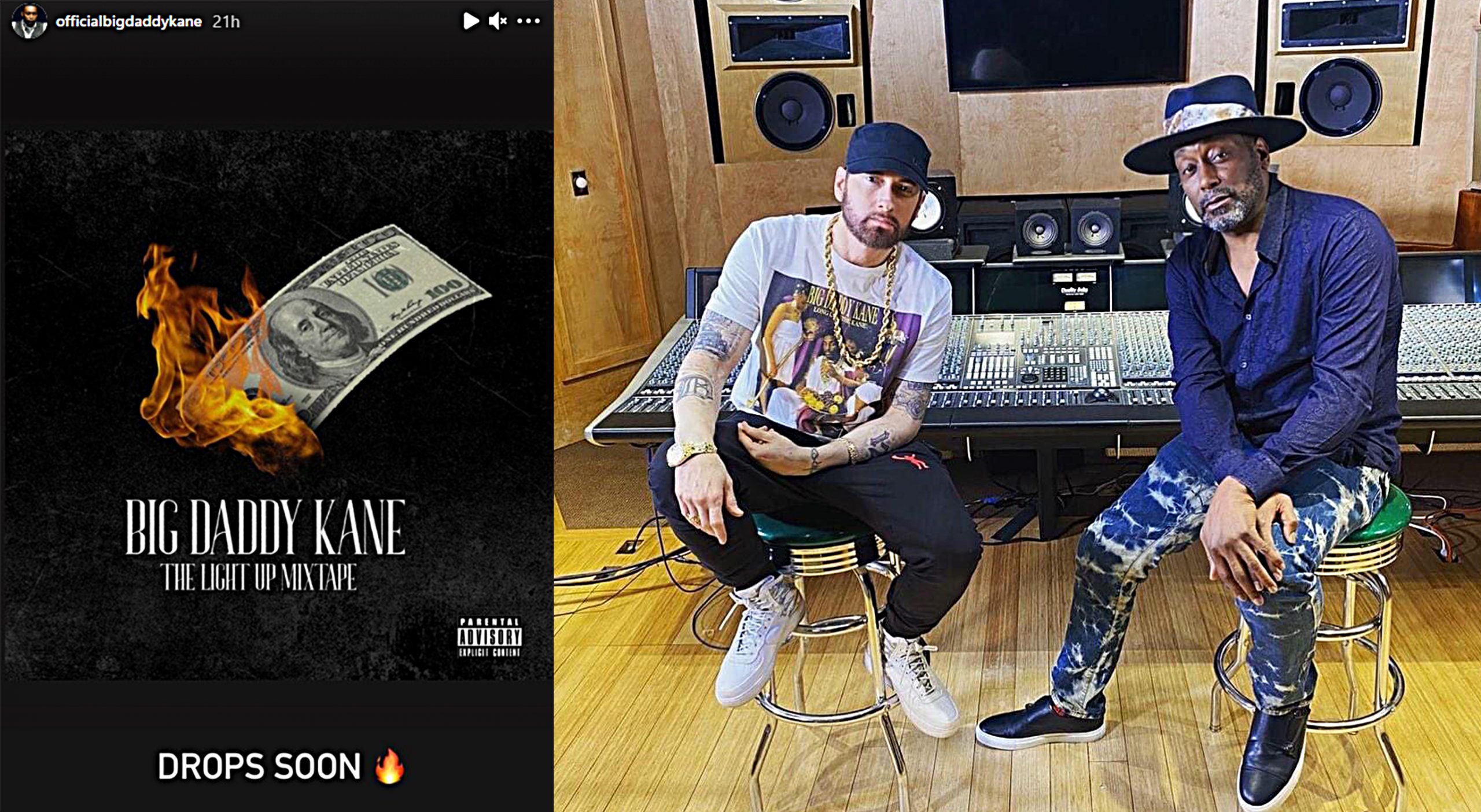 Back in February, , Eminem and Big Daddy Kane were seen connecting in the studio. Kane shared an image of the link-up on his Instagram page with the caption: “Chopping it up tonight with this great lyricist Eminem. We spread a lot of love in this conversation.”

Brooklyn, New York-born iconic rapper has recently set down with Talib Kweli where he talked about Eminem: “Honestly, I did not recognize I had influence on Eminem until I spoke to Big Proof. Rest in peace. Eminem has a unique style but I did not really see how it resembled mine. If anything, flow-wise, it resembled more Busta Rhymes. It just my opinion. We did the interview just recently. He was talking to me about my rhymes and I was sitting there like ‘Okay, okay, I get it now.’ Em is a beautiful brother man because, I mean, nothing goes over his head. He is a student of the game that studies it like a scientist. He studies it thoroughly. It was a good conversation we had. He is real deep into hip hop.”

The two hip-hop legends met for an interview which Kane is planning to release soon. But what if they did a song together too? One of the most influential rapper has just announced the new mixtape “The Light Up” which is dropping soon. What are chances that Eminem is on it?