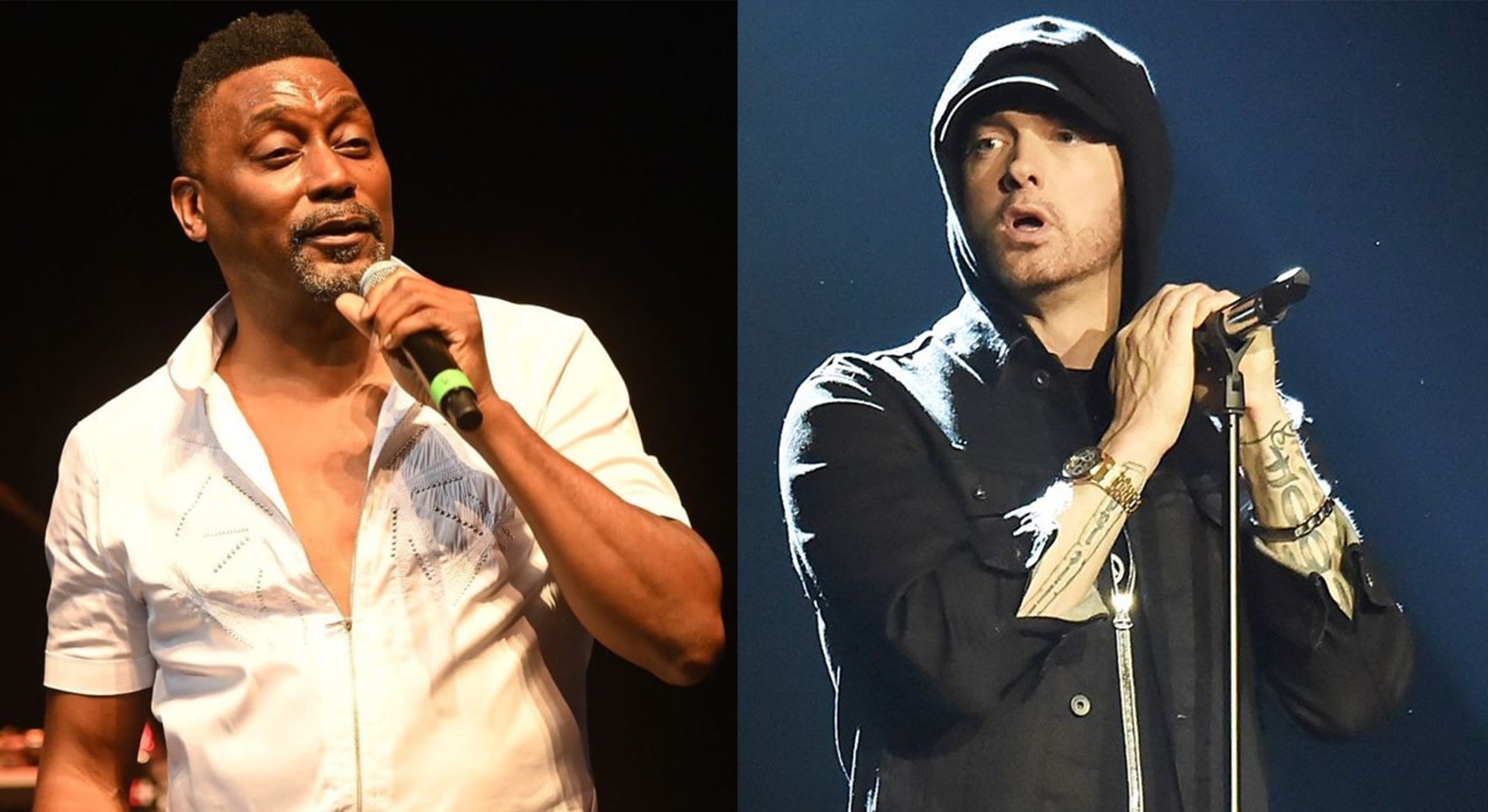 Legendary rapper Big Daddy Kane, who is preparing to release a Netflix documentary titled Paragraphs I Manifest, featuring Eminem, Jay-Z, Snoop Dogg, J. Cole and Common, has recently interacted with a fan on Instagram regarding the comment he made about Eminem under Rock The Bells’ post.

The moment Big Daddy Kane saw the post, he shouted Eminem out with the following comment: “He a beast with it” with lots of fire emojis.

One of the users replied: “Isn’t this the style that made Twista famous? That Percee P has mastered? Why are we giving dude props because he’s biting someone else’s style? Just asking because I’m so tired of the top five dead or alive talk about Em… Top 100 maybe.”

On that, Kane responded: “Maybe you should create your own Top 5 List. Cherish it and stop worrying about what everyone else think.”

You can check the screenshots below: 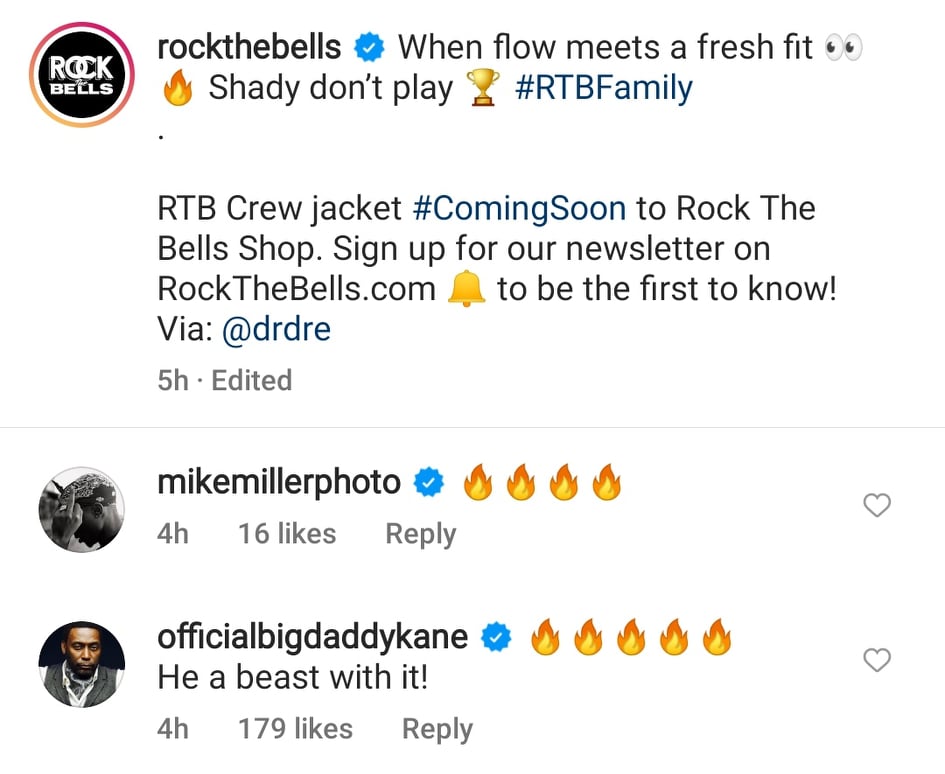 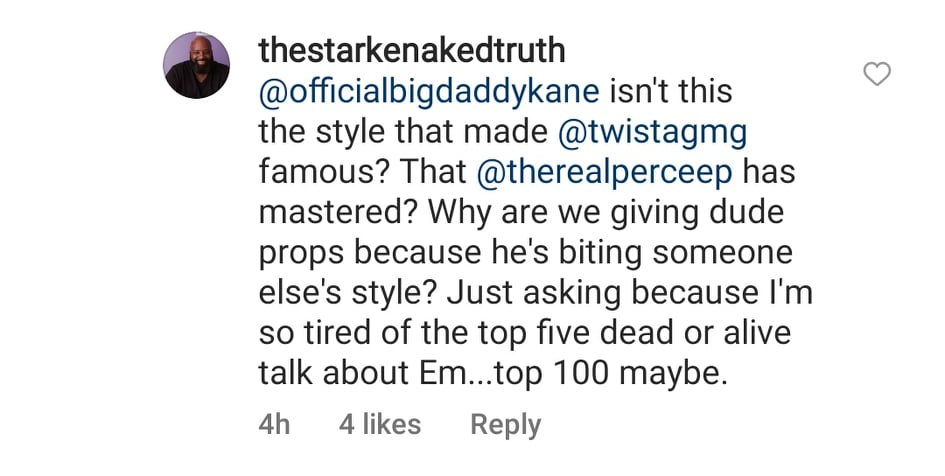