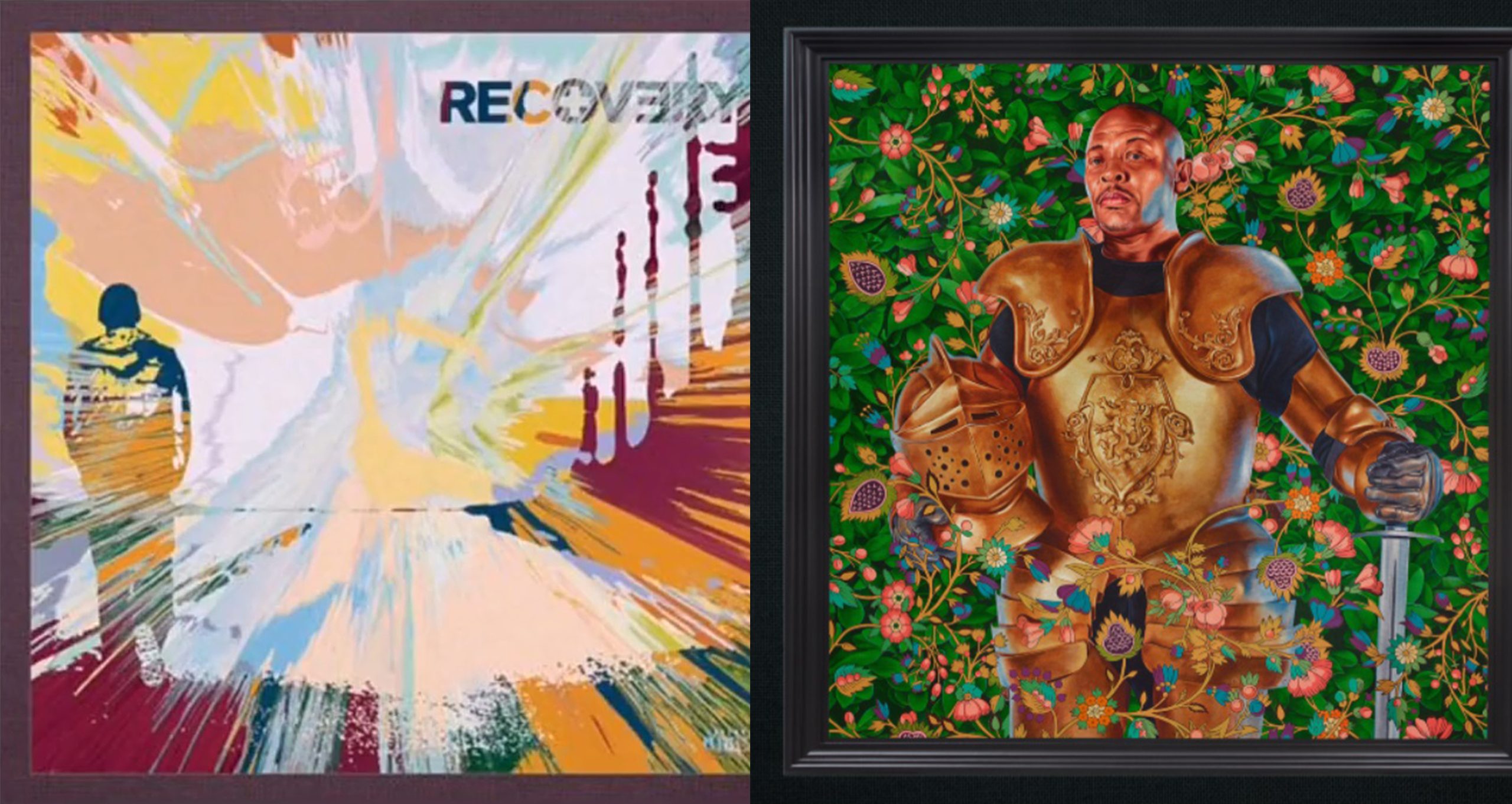 To celebrate the label’s 30th anniversary, Interscope Records announced a new museum exhibit, Artists Inspired by Music: Interscope Reimagined, featuring original works of visual art inspired by some of the label’s most iconic artists. Now, that artwork is being made available for purchase…in the form of limited-edition vinyl records and Eminem’s entire catalog is on display!

As the Billboard reports, beginning Jan. 27 on the livestream shopping app NTWRK, a total of 57 iconic Interscope albums, each bearing one of the original artworks will be up for grabs in sets of 100 each. Deep pockets are required, however: delivered in a custom Gucci box, the albums are priced at $2,500 each.

Some of the albums and the artists behind the visual artworks can be found below:

★ The Game – The Documentary (Fulton Leroy Washington a.k.a. Mr. Wash)

For the full list, visit Billboard here and watch the trailer narrated by Swizz Beatz below: