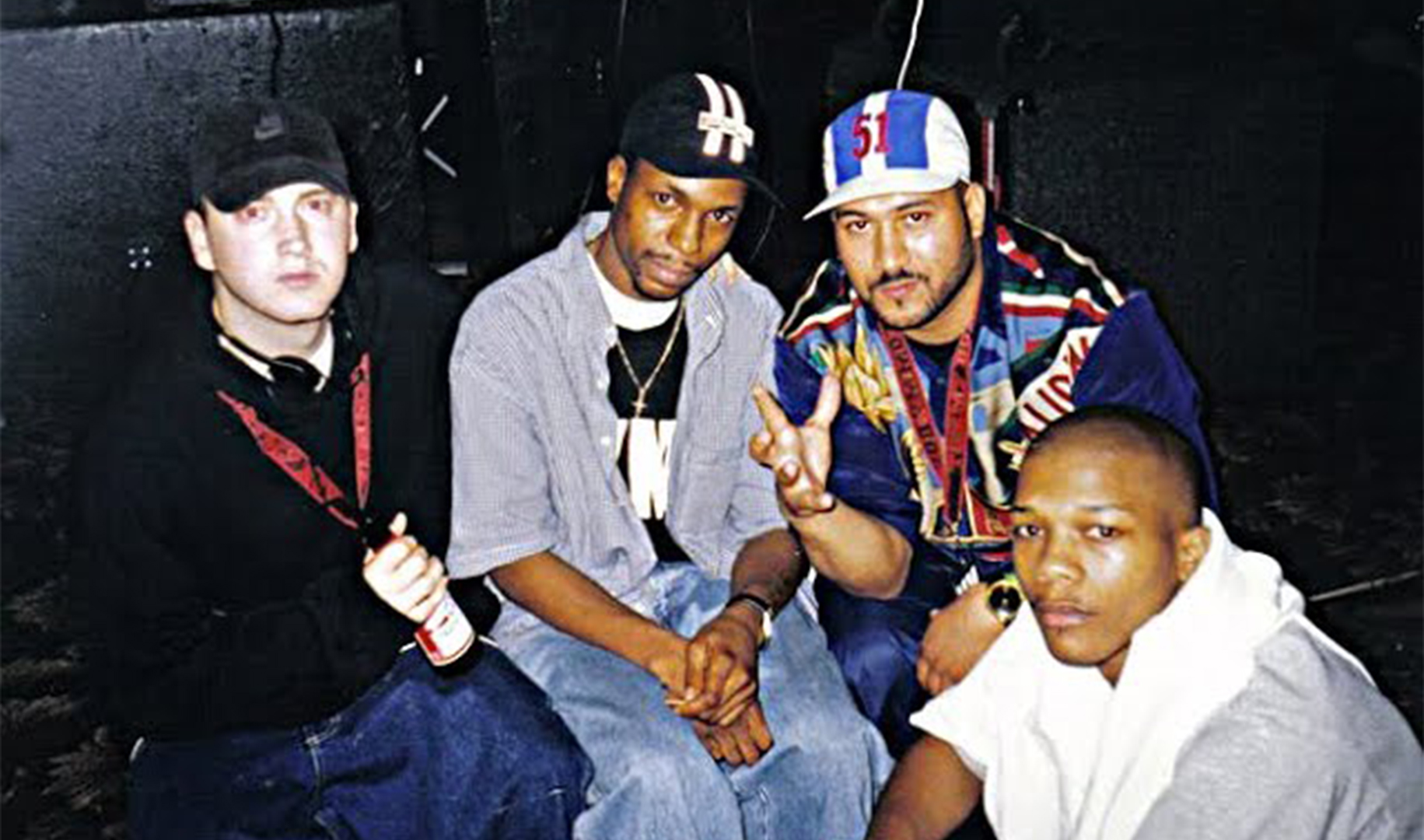 Thistin Howl The 3rd was on Off the Cuff Radio and on this clip below, he talks about being in the Rap Olympics with Eminem and how he used to come to the hood everyday to kick it with them.

“Rap Olympics 1997 was a beautiful experience man. Gotta learned a lot, all my team members and you know being surrounded by a whole team of hungry battle freestyle rappers that will attack you at all times. That would sharpen you up even more. Everybody on my team was top-notch off the head was super skilled with it.”

“Me and Eminem, we both expected big things out of each other’s career. Eminem was really the truth, I believe he felt the same about me, and we always promise that whoever makes it first will be on each other’s albums. Eminem used to even come and hang out in Brownsville with me man. He was really skilled, he’s really the truth man, I can’t take anything away from that man. I’ll be hearing all these other people try to say he got this from so and so over, that man was exactly the way he was when I met him. He was a super MC, very humble very cool very down to earth, we got along well. A lot of times we wouldn’t even talk man, our whole conversation would be in rap form and freestyle, how hungry we were for it.”