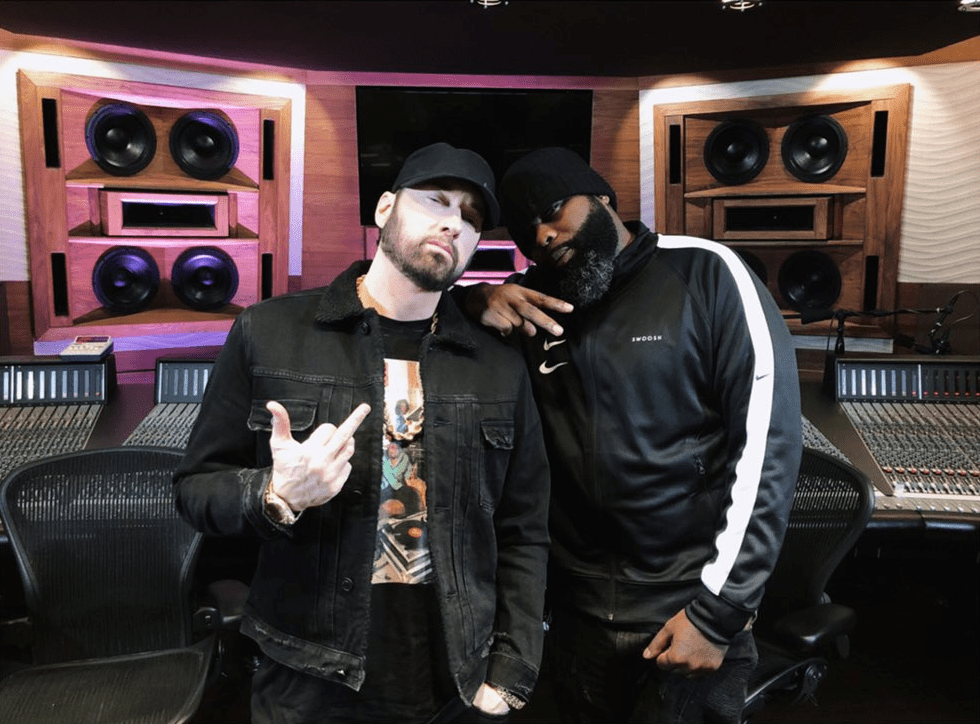 HotNewHipHop launches The Twelve Days of Christmas. For the next twelve days as we lead up to Christmas, they will be dropping a new interview with a different figure in the hip-hop and pop culture. They kick it off on Day #12 with KXNG Crooked. Check out the interview below:

There really have been a lot of great verses this year. Who would you say, in this hypothetical verse of the year battle, who would you predict to be your biggest competition?

Eminem is always in the talks. I don’t care, they love to hate him. And a lot of people have been trying to push my homie out of the culture. They been making sly remarks – people with platforms. And this ain’t just me speaking from a homeboy level, this me speaking from a fan and a technician myself. You can’t push Marshall out the game. He’s one of the greatest pens to ever exist in Hip-Hop, and it ain’t gon change no time soon. They always get me when I talk about Em. But Eminem is one for sure. Royce got nominated for a Grammy, so you know his pen was going crazy.

Obviously, I liked the Abraham Lincoln scheme. “I Will” has a lot of great things, but from Music To Be Murdered By? Verse of the Year level, I don’t know. In terms of Em’s what verse I would nominate…Verse 2 on “Marsh” was pretty good.

To read the full interview of Kxng Crooked , visit HotNewHipHop here or watch the video below: