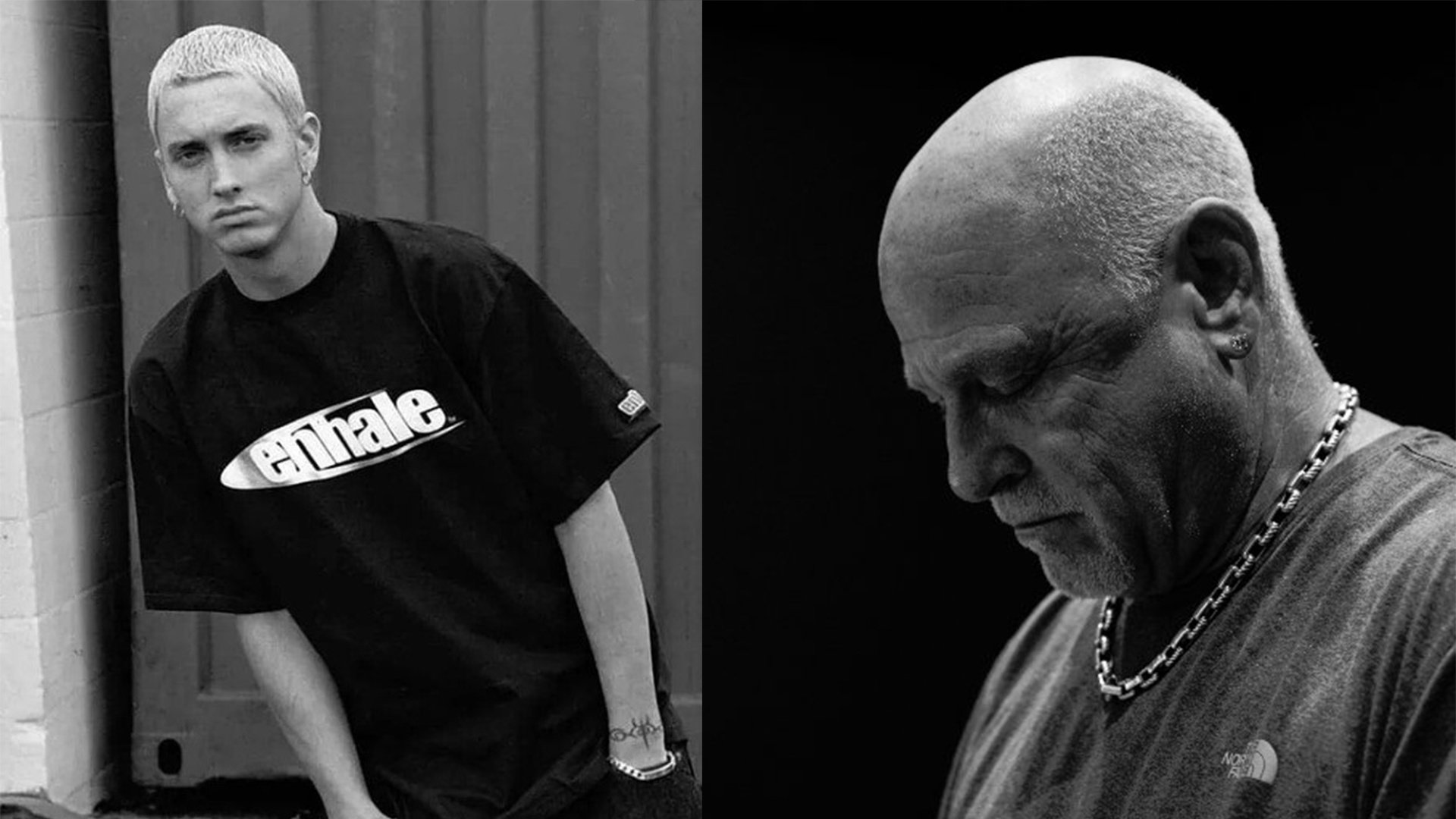 Legendary producer Jeff Bass has recently done an interview with Samson Shulman where describes meeting Eminem in detail. You can read through and watch the interview below:

“It was a daytime for 93.6 and my brother called up the radio station and asked who was that?! And the host said ‘it’s just some kid named Eminem.’ It was 30-60 seconds freestyle, nothing crazy. But my brother said I gotta talk to this kid! He got in touch with Eminem and Proof, Swifty and all his crew came into the studio. He called me up and says ‘you gotta see this kid, you gotta hear him.'”

“The next day I went to hear what my brother was talking about and he was convinced Eminem and his crew was the next big thing but I was like ‘you need to slow down brother cause I don’t really understand what you saying.’ You know how ‘Rap God’ right? We’ve seen even ‘worse’ than that.”

“Then my brother I went to our manager and said ‘look look, listen to this.’ Our manager didn’t like it but my brother was like ‘naah we gotta do something. And at this point we started working with him.”

“The vision was…First thing I thought, white rapper? Who we all think of? Vanilla Ice? But he was not credible enough. Thank God my brother knew something in his head, I didn’t feel that but my brother did. I didn’t feel until halfway through the ‘Infinite’ album and I started to understand how talented Eminem was. He was creating a cool stories on top of cool track. I liked that! He was saying something! So I would watch him almost like a psychologist would watch facial expression, body language. So I would watch what was he brining to studio today. He was miserable. Well, I’m gonna create the piece of music that keeps him miserable today. I knew he was miserable or angry so if I heard an angry track of music he could actually express himself through that music. They fit it like a glove. It was like they were meant for each other. It seemed like we could do this whenever we wanted to do it. I just had to watch what Eminem was doing. Watch how he was feeling. Watch how his days were going.”

❝ He was miserable. Well, I’m gonna create the piece of music that keeps him miserable today ❝

“Hailie was very very young at that time. She could not even talk. We had her in the studio on 8 Mile in Detroit. We were recording her too. All the sounds effects, crickets, street noise. We threw microphone out on 8 mile road and started recording, we were doing trunk sound and everything naturally. You can get sounds effects easily but we went out there on 8 mile around 3-4 o’clock in the morning and just put the microphone out there. So when he get into studio to rap, he felt that sound effects. It was AMAZING how we did that.”

“Once I played to him something like sounded s**t and he was like ‘that’s perfect! I wanted it to sound like s**t.’ We were open to experiment crazy stuff like that and I never wanted to tune his vocals, ever, when he was singing. No auto-tune when I was involved. Later on yes but not when I was there. When I wrote the song ‘Kim’ it was meant to have someone Merilyn Manson or Ozzy Osbourne to sing the hook so Em was going to sing the hook and then we were going to show it to Merlyn or whoever we wanted to get on there and then I’m like ‘forget it! you sound great!’ It’s out of tune. It’s perfect. It sounds raw and that was part of what his sound early Eminem was raw. You singing, sounds raw. You are not a singer, you are rapper but he was able to pull that up and no one judged it like ‘oh my god, listen to his voice, it sounds like s**t’, no, they were like ‘wow that’s how I sound when I’m in the shower’ and people started to relate to that.”

“1998 we fly out to California but to get there first Em was travelling around in these rap battles and he was killing everybody. We get out to California and he’s up against this kid named Juice. And Juice’s uncle was the one who was promoting the gig and at that time we had Slim Shady EP, and he lost that battle. I think it was a little rigged. I never followed the kid’s career, I don’t even know what happened but there a kid in the audience in California that fell in love with Eminem. Evan Bogart is the kid’s name. He was watching the show and could not believe Eminem lost. And then he came to us and said ‘do you guys have CD or Cassette?’ And my brother said we have bunch of CDs you can have it. And that’s it… Next thing we know is, that kid happened to work in the Interscope department. But we knew nothing about him. We thought that it was just a white kid who liked a white kid rapping. He didn’t even mention who he was.”

“Then they wanted Eminem to change some of his lyrics for the Slim Shady LP because of the content of his lyrics, as we all know, was very risque, you know, he talked about raping, killing people, doing tons of drugs, drinking and everything. So they wanted him to change the lyrics. We already delivered the album, we already did what we were supposed to do and they wanted to change the lyrics. And Eminem says to them, which goes to show you how brilliant he was. His response was: ‘listen, I will change the lyrics when you stop serving alcohol to kids. They are not gonna do that so they dropped that and it blew up. It sold 3 million copies in short period of time.”

❝Interscope wanted Eminem to change lyrics of Slim Shady LP. ‘I will change the lyrics when you stop serving alcohol to kids.’ Eminem replied❝

“Eminem actually came up with the Slim Shady character when he was sitting on the toilet. He was like ‘okay I was taking a s**t and I was thinking how can I be a little bit different cause no one’s excepting what I’m doing and I came up with an alter ego. Slim Shady is my name! We had that now his image and look was the whole another thing. For some reason, he still didn’t look like a star. So we were trying to figure out what to do with his look. So we were at our studio in California and one of the girl who worked for us said ‘I think he needs to dye his hair blonde. So he goes and dyes his hair blonde.”

After that Jeff Bass talks about meeting Dr. Dre, how fame changed Eminem and final chapter is about their mega hit “Lose Yourself.” You can listen to the full interview below: