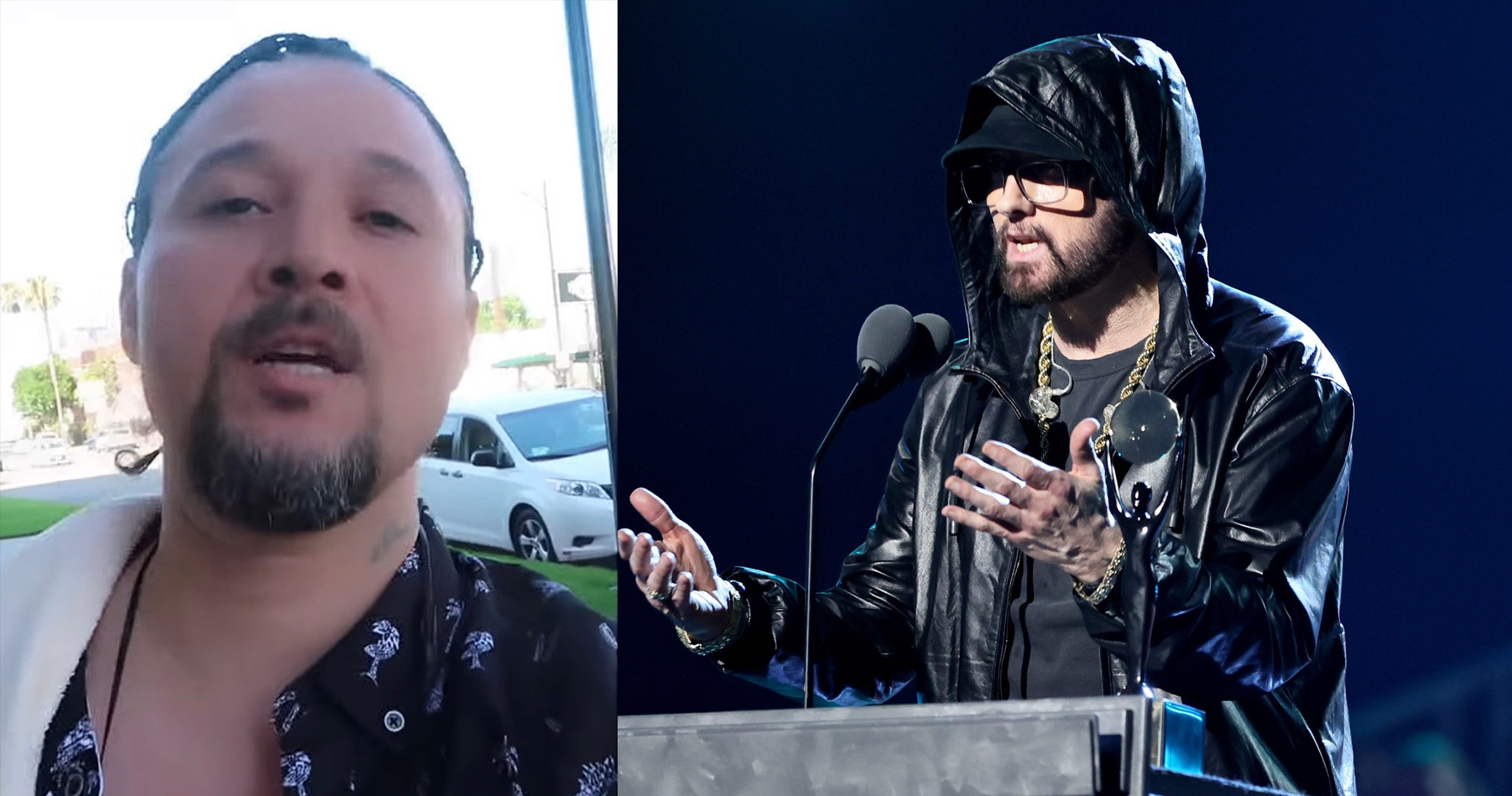 During his induction speech, Eminem listed more than one hundred hip-hop acts as his musical influences and hoped they will be considered to be in Hall Of Fame in future.

“So, my musical influences are many, and they say it takes a village to raise a child. Well, it took a whole genre and culture to raise me. They say success has many colors, and that’s definitely true for me. So whatever my impact has been on hip-hop music, I never would’ve or could’ve done this s–t without some of the ground-breaking artists that I’m about to mention right now.” – said Eminem.

They’re legendary rock stars, man, and I just want to say, those are just a few of the names that I hope will be considered in the future. That was an old class. Without them a lot of us wouldn’t be here. So that’s all I have to say now. Know that this induction is supposed to me talking about myself and s–t, man, but f–k that. I wouldn’t be here without them. I’m a high school drop out, man, with a hip hop education and these are my teachers. It’s their night just as much as it is mine. So thank you.”

It seems Bizzy Bone of Bone Thugs-N-Harmony is not happy about Eminem leaving them out of the list. In his Instagram story, Bone wrote: “There is no way all these rappers go to Cleveland to be inducted into The Rock & Roll Hall Of Fame and not think ‘why Bone Thugs not being inducted?!’ SOMEBODY HAD TO SAY IT! Preaaaach!” In the next slide, he put the video of Will Smith slapping Chris Rock at the 2022 Oscar ceremony, probably implying that he would walked onstage and slap Eminem if he was present in the Rock Hall audience.

Check the screenshots of the stories by Bizzy Bone below: 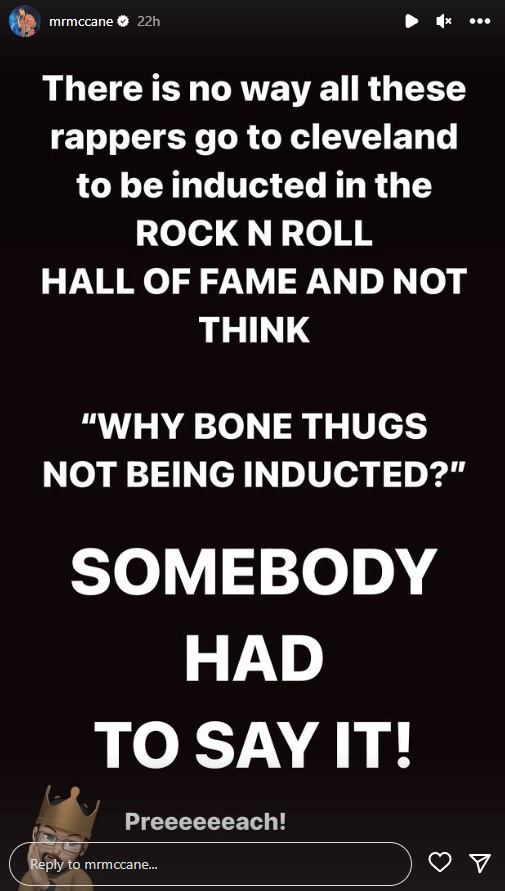 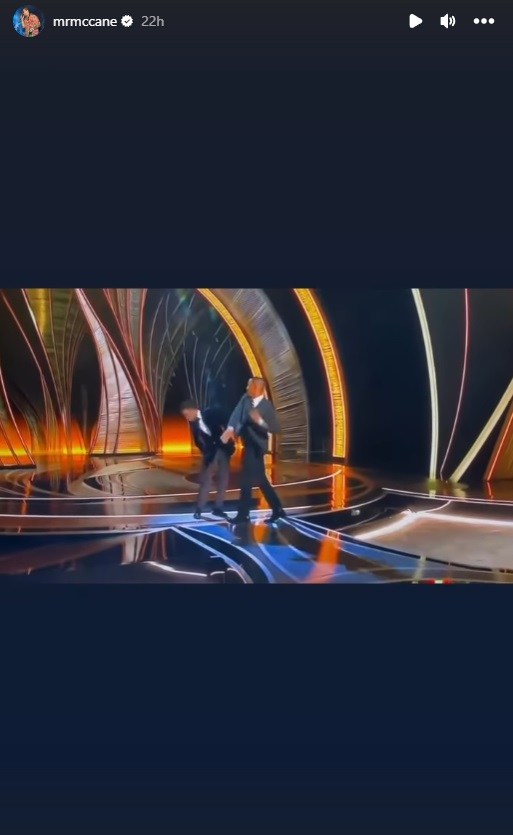