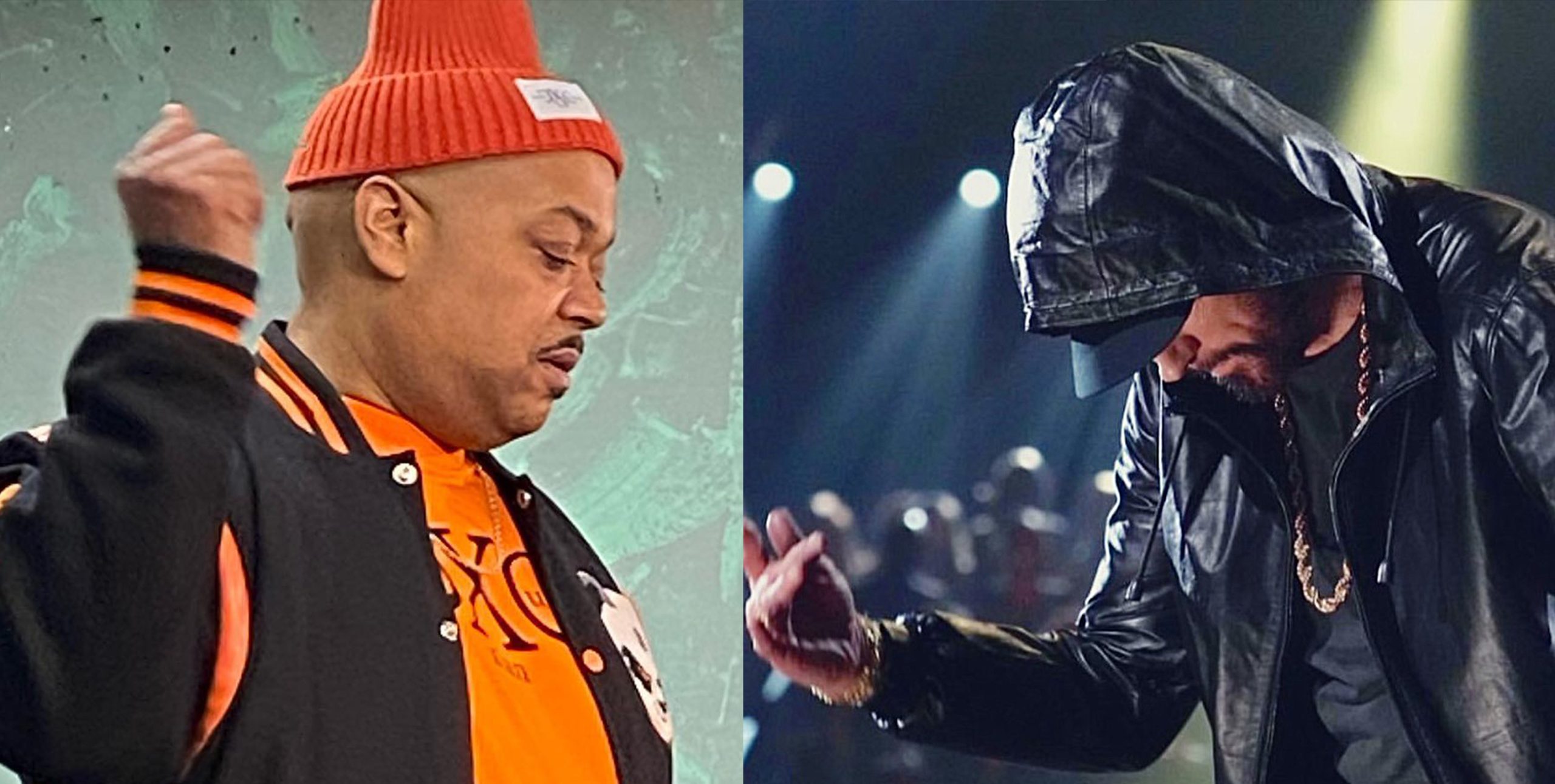 Eminem’s artistic journey started in hungry desperation at an obscure studio in Detroit, on 8 Mile Road and yesterday it led him into the Rock And Roll Hall of Fame.

The Detroit legend, in one the most triumphant moments of his much-decorated career, was enshrined in the rock hall during a long, star-filled ceremony at the Microsoft Theater in Los Angeles. Eminem, who was inducted by legendary producer Dr. Dre, and was joined by Aerosmith’s Steven Tyler and Ed Sheeran, became the 20th inductee from Detroit  in the institution’s 36-year long history.

“I realize what an honor it is right now for me to be up here tonight, and what a privilege it is to do the music that I love — the music that basically saved my life,” said Eminem during his acceptance speech before reading an alphabetical list of more than 100 legendary names, famous and obscure — fittingly slipping into a rhythmic flow as he rattled them off.

“I would not be me without them. I am a high-school dropout with a hip-hop education, and these are my teachers. It is their night just as much as it is mine.” said Eminem.

It seems his long-time friend and D12 member Bizarre got emotional after watching Eminem getting recognized by the board of Hall Of Fame and penned heartful letter to Slim Shady on Instagram:

“Man, where do I begin… We started off two kids from Detroit with the dream to some rappers… We put so much work into this from the days on Novara, the days on 7 Mile in Fairport… Catching the bus to how I can be down in Florida to meet Paul Rosenberg in New York… To the rap battles with Wendy Day… I think the worst day of my life was when my mom went out and moved me to Dallas, Texas at the middle of our journey. But I guess God had something planned for us because a month later you got signed to Dr. Dre… So I just want to give you your flowers and thank you for being a big brother and always believing in me. Believing in us, D12! Man, Rock ‘n Roll Hall of Fame… WOW! … I could not be more happier. Congratulations Eminem… You know Proof and Bugz are smiling right know…”