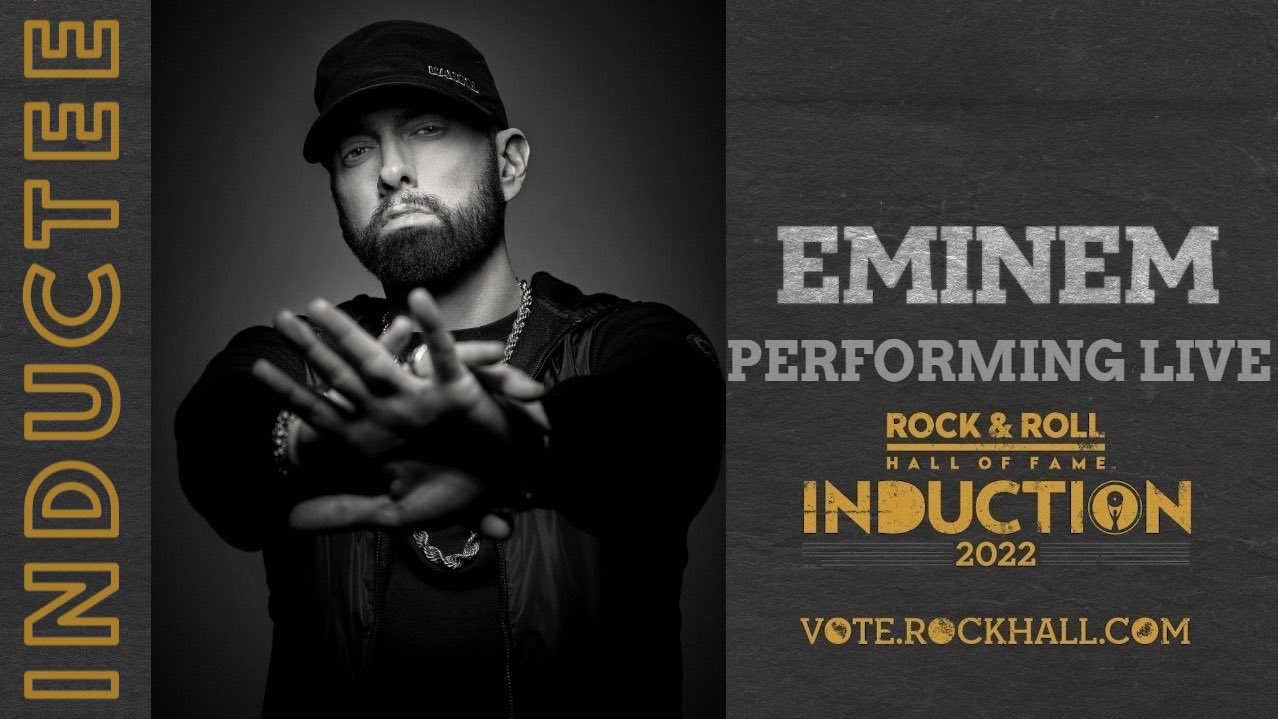 The 2022 Rock & Roll Hall Of Fame induction ceremony will take place on November 5, 2022 at the Microsoft Theater in Los Angeles, United States.

Two weeks later, a summarized version of the event will be available to stream on HBO Max network.

Honorees this year include Eminem, Duran Duran, Pat Benatar and Neil Giraldo, Eurythmics, Lionel Richie, Dolly Parton and Carly Simon. Parton was on the fence about whether she felt deserving of the honor earlier this year, believing she was not rocking enough for the Rock Hall. But the Rock Hall and Parton’s many fans believe there isn’t an award on the face of the planet she shouldn’t at least be in the conversation for.

Although its the first year of eligibility, Slim Shady is very familiar to Rock Hall stage as he inducted Run-D.M.C. back in 2009 and performed “Going Back To Cali” and “Rock The Bells” with LL Cool J last year.

Today, Rock & Roll Hall Of Fame officially confirmed that Eminem will be one of the performers at the ceremony. Although it is unknown which song(s) Eminem will perform or if there is a special guest, it is definitely going to be an epic night.