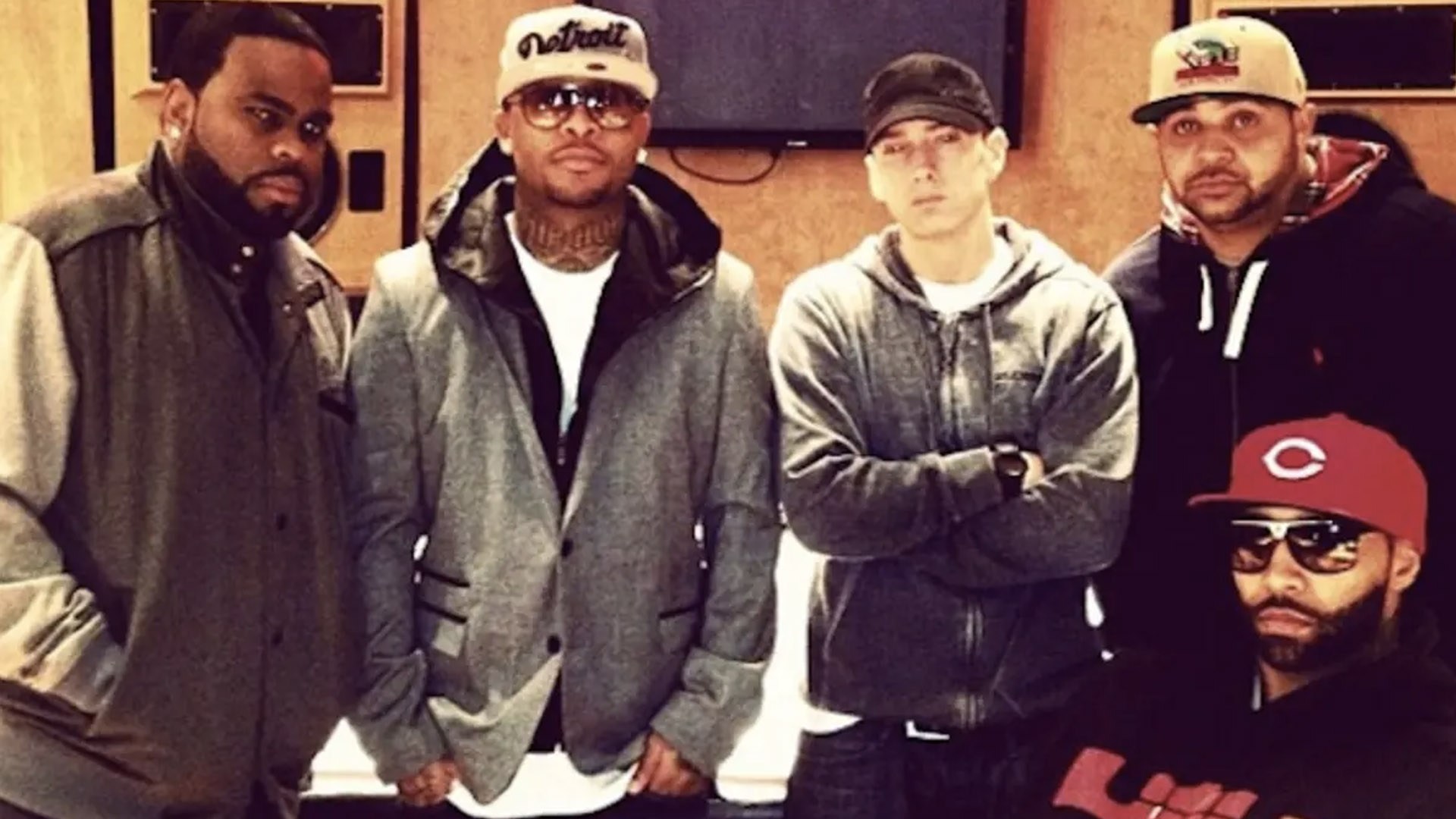 Kxng Crooked and Joell Ortiz have recently sat down with Math Hoffa, Mr. Mecc and Sean Bigga for the latest episode of My Expert Opinion where the crew talked about how Joe Budden and Eminem‘s fall out led “Glass House” album to be scrapped and how “I Will” track from Music To Be Murdered By came about.

“Em never came out and attacked Joe without, in his mind, a reason. The only time he started mentioning Joe was after Joe said his s**t was trash on his show. And that particular song on Music To Be Murdered By album (“I Will”), those verses are five years old and the way that song came about is when we were all in Detroit, recording some other s**t. Then me and him (Joell Ortiz) jumped on some s**t. And Em always liked it and it ended up putting on his album.” said Kxng Crooked.

Then he continues: “One of the reasons Glass House didn’t drop is that Joe wanted off the label. He didn’t want to do it so how you gonna drop an album on a label that you don’t want to have anything to do with? You have to be there to promote the album. You gotta be there to run around. Do videos and visuals. If you don’t want to be on a label, how gonna make it out? I’m not saying Joe single-handedly stopped the album coming out but it played a role.”

“If the album would have came out, it would have been pretty expensive. We had a Slaughterhouse of producers. We had Just Blaze. We had Justice League. We had Cardiak. We had AraabMuzik. We had !llmind. We had Q-Tip. We always wanted to put it out. I did several conference calls. The date would get moved.” Kxng Crooked added.