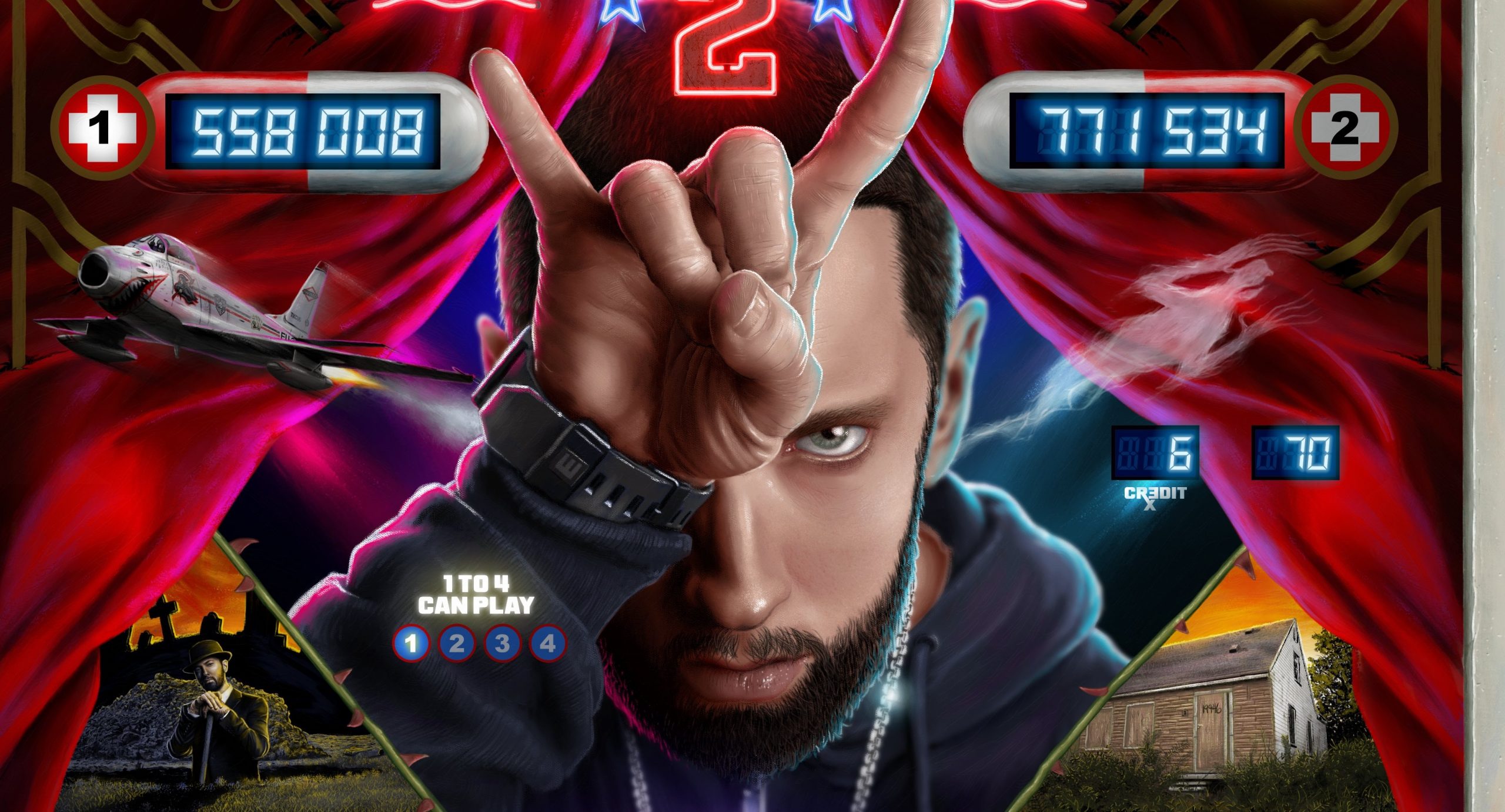 Eminem has announced the release of his next compilation album, Curtain Call 2. The follow-up to Slim Shady’s 2005 greatest-hits collection will drop on August 5, 2022 and, according to Eminem’s official website, it will feature one new track to be “revealed in the coming weeks.”

The rest of the album will be made up of songs we’ve already heard. Including releases dating back to 2009’s “Relapse,” Curtain Call 2 won’t only be limited to Eminem’s solo work. The album will also pull from his guest appearances and collabs, including “The King and I,” which he recently dropped with CeeLo Green for Baz Luhrmann’s Elvis biopic.

So far, the only other song that’s confirmed is “From the D 2 the LBC,” the stoner song he has recently made with Snoop Dogg.

While you wait for the rest of the tracklist, feel free to gaze upon the album’s pinball machine-themed artwork below. There’s a lot to take in — including numbers that can be flipped upside down to create words like “BOOBSS,” HELLISH, “HE’S ILL,” and “AS*HOL.” Ah, truly a win for anyone who had access to a calculator in middle school.

On the cover, there is also written “Game Over” which fans think it might be a hint to a disstrack towards The Game.