Last Friday, Eminem released the second installment of Curtain Call, which includes 34 hits from Relapse (2009) to Music To Be Murdered By (2020), as well as four new songs: “The King And I” with CeeLo Green, “From The D 2 The LBC” with Snoop Dogg, unreleased 2009 track “Is This Love,” with 50 Cent and “Rap God” remix.

The album is going to debut inside Top 5 on Billboard 200 this week as it is projected to sell around 45,000 album equivalent units, with more than half coming from pure sales. Em is lagging behind Bad Bunny, Beyonce, NBA YoungBoy and Morgan Wallen. 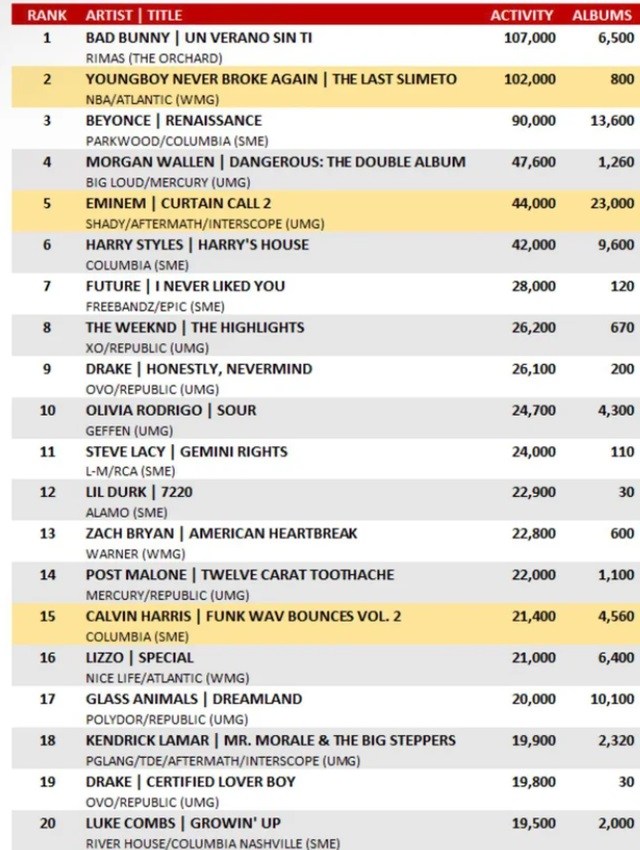 “CC2” is also competing Beyonce’s “Renaissance” for No. 1 on the Official Charts in the United Kingdom.