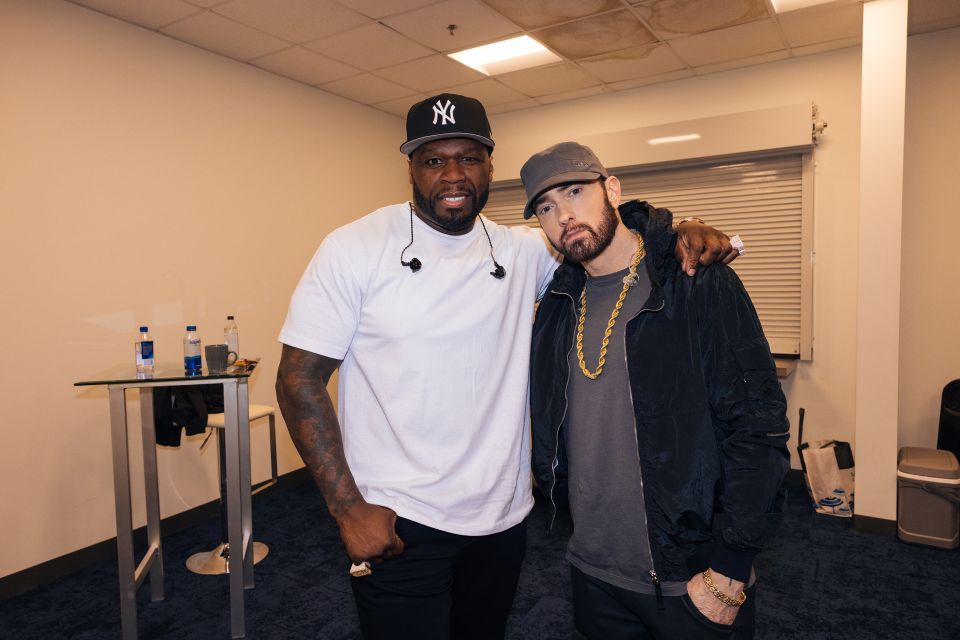 Eminem has recently released his second installment of the greatest hits album, Curtain Call 2 and it includes 2009 unreleased track song “Is This Love” with 50 Cent which was re-recorded for its release. The song is produced by Dr. Dre, Trevor Lawrence Jr., Mark Batson and Eminem himself.

Eminem and 50 Cent have made numerous tracks together and it seems the legendary duo still have some other songs in the vault. “We still got few more in the Vault” tweeted Fifty yesterday.

To our knowledge, There exists a song called “Champions” in Fiddy’s vault, which was supposed to be in the mystical Street King Immortal album.

“We actually recorded ‘Champions’ in Detroit. When Em heard it, he instantly thought this is for me and Fifty. He wrote his verse, it came in, I played it and I was like ‘Okay this is cool, let me think how I want to approach the record.’ He made some mentions and I didn’t want to make same mentions. Some of the people that he respects in music and I did not wanna repeat that.” – previously said 50 Cent in an interview with Fuse TV.

We still got few more in the Vault 🔥 @Eminem • https://t.co/jnbpt4Vpb3 pic.twitter.com/ze7Eo3Xiqc