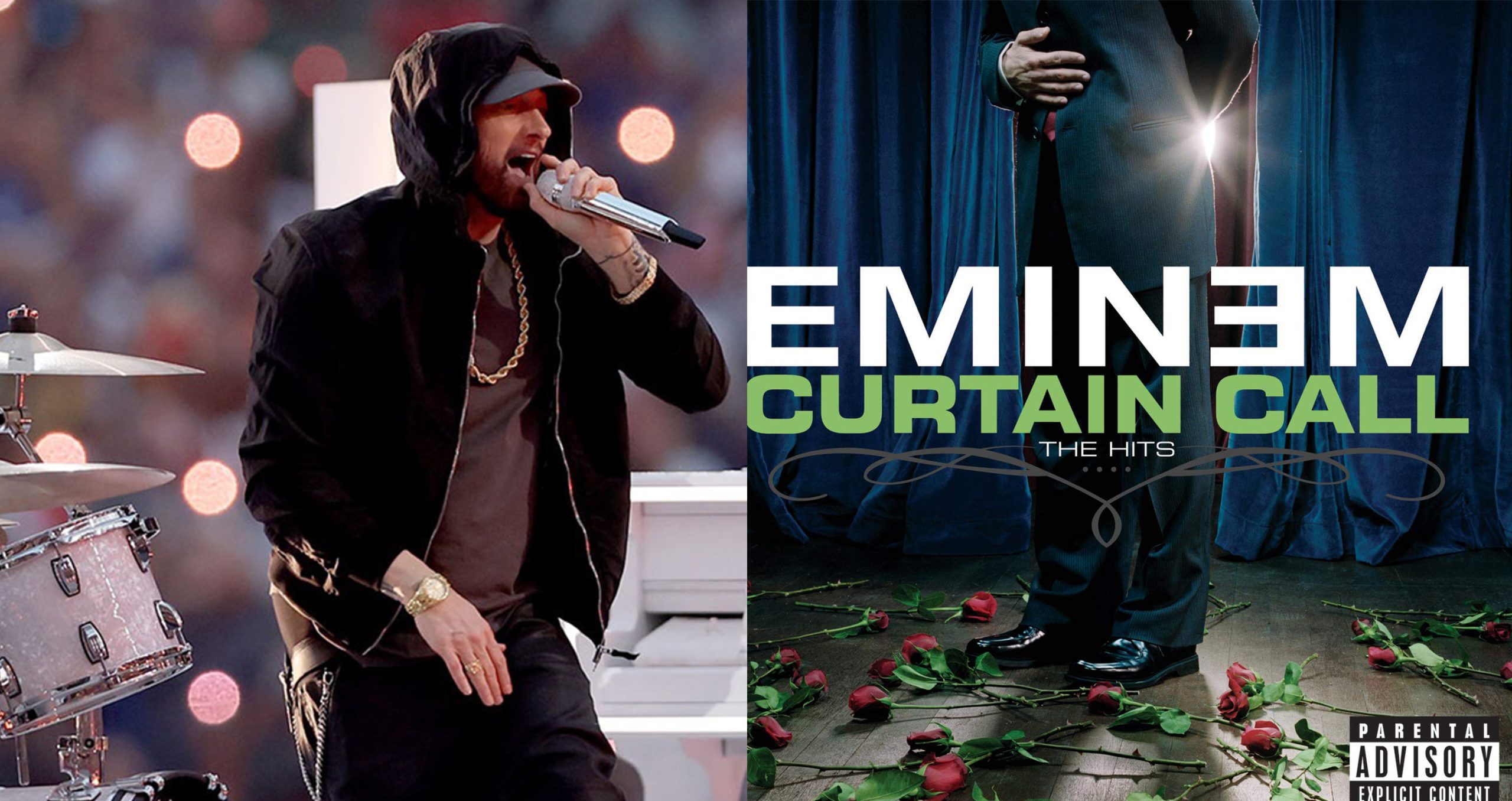 Following the Super Bowl performance, Eminem is celebrating a monumental career achievement: his greatest hits album, Curtain Call: The Hits, is the first hip-hop album to spend 500 weeks (and counting) on the United Kingdom charts.

Originally released back in December 2005 (debuting at No. 1 on UK charts), the record hasn’t left the album charts in the 17 years since. Even more notably, it has primarily remained in the Top 50 albums of the charts each week.

Curtain Call is charting at Number 8 this week in the UK. The 8x Platinum album last appeared in the Top 10 back in 2006.

.@Eminem‘s ‘Curtain Call: The Hits’ is the first hip-hop album to spend over 500 weeks on the UK chart. It returns to the chart’s top 10 this week.

Eminem’s greatest hits album and Dr. Dre’s “2001” album also see a massive boost in the United States Billboard charts and both albums sold +30,000 each this week. “Curtain Call: The Hits” is the longest-charting hip-hop album in history with almost 570 weeks on chart.

Eminem’s “Curtain Call: The Hits” is No.7 best selling album in the country this week with 30,635 units sold.