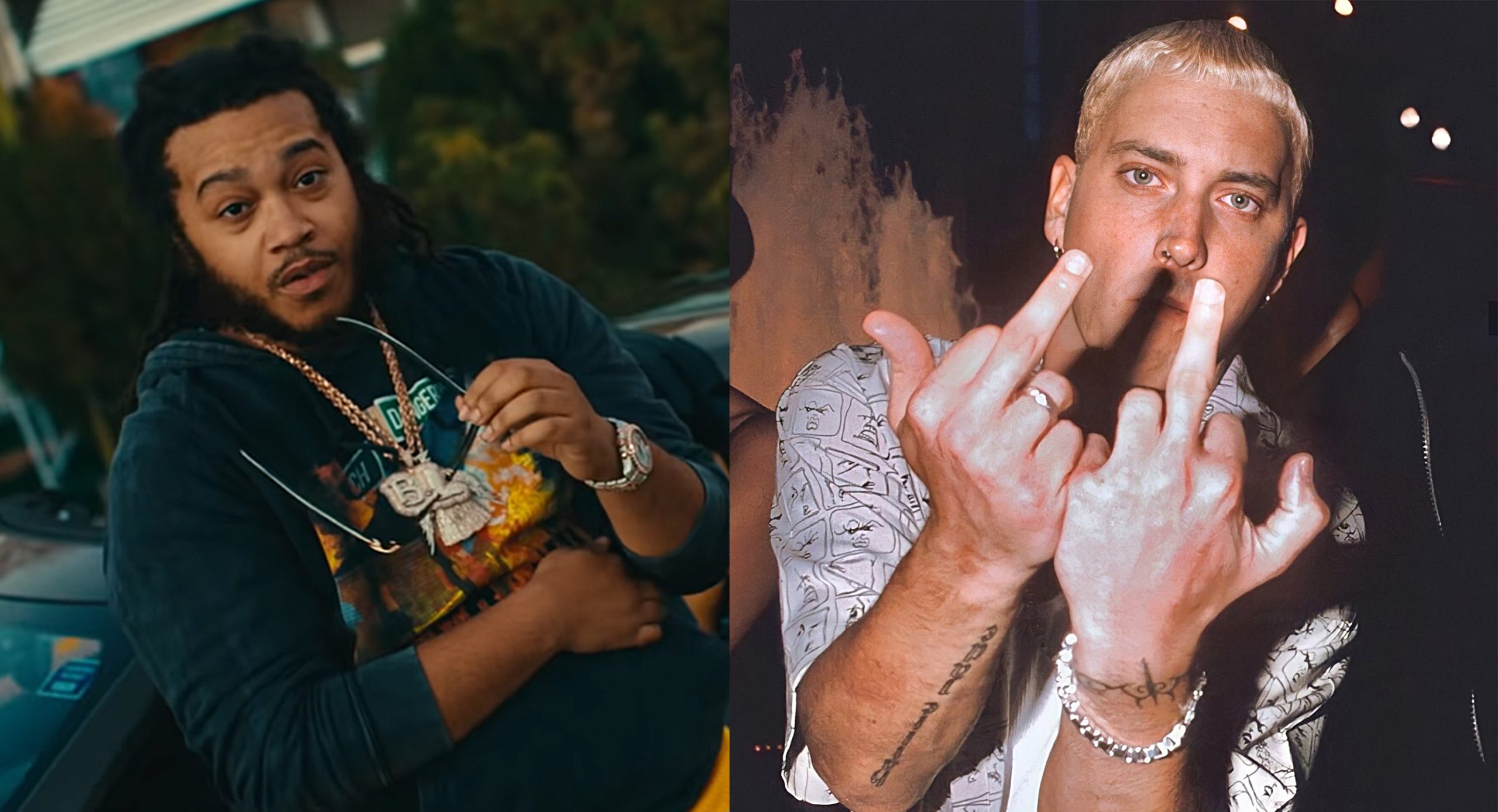 Detroit rapper who goes by the name of BandGang Lonnie Bands released his latest music video for the song titled “Where Is Marshall,” putting his own spin on Eminem’s “The Real Slim Shady” video off Lonnie’s recent album called “Hard 2 Kill.” The song is produced by L.A. sound architect Cypress Moreno.

In the video, the young Detroit rapper casts Eminem lookalikes and clones himself as Shady did back in the days.

Using his own nonchalant, sing-song flow, Lonnie recounts growing up not far from Eminem’s home and brags about “breaking bad like I’m Heisenberg” and having “dope so good the fiends stalk you.”

Directed by Anfy, the video deposits Lonnie in a trailer park not dissimilar to where Marshall Mathers grew up, as the 6 Mile rapper stars in moments that evoke Em’s best videos, including “The Real Slim Shady,” “My Name Is,” “Forgot About Dre,” and “Lose Yourself.”

With the recent controversy about Eminem not connecting to young Detroit rappers, maybe this song could even bring Eminem and this new generation of Detroit together if “Detroit VS Everybody” with Big Sean, Danny Brown, Dej Loaf and “Friday Night Cypher” with Kash Doll, Payroll Giovanni, Sada Baby, Drego, Boldy James, 42 Dugg, Cash Kidd and Tee Grizzley was not enough.

Watch the new music video below: