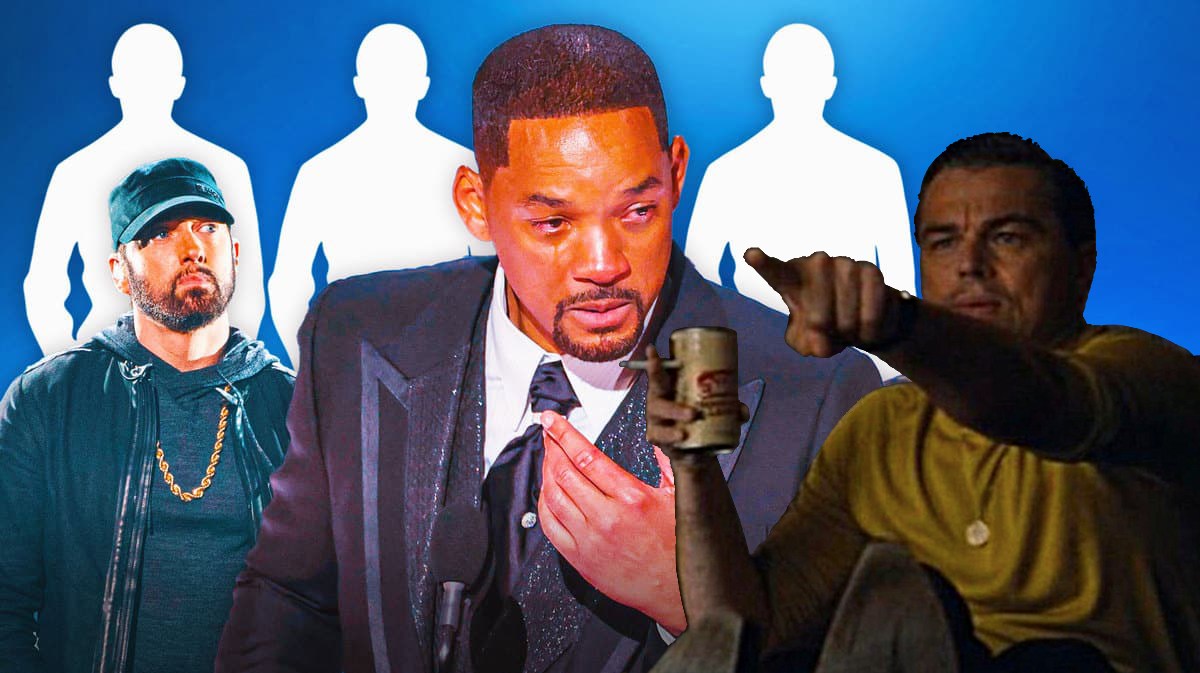 Oscar-winning actor Will Smith unexpectedly slapped Chris Rock in he face at the 94th annual Academy Awards after the comedian made a joke about his wife, Jada Pinkett Smith.

When Will got back to his seat, he shouted “Keep my wife’s name out your fu**in’ mouth!” TWICE.

The incident was the trending topic in social media and some people instantly remembered Eminem’s lyrics from his 2000 hit song, “The Real Slim Shady,” in which he raps: “Will Smith don’t gotta cuss in his raps to sell records (Nope)/ Well, I do, so f**k him and f**k you too!”

The video of Eminem and Will Smith ‘collaboration’ also went viral. Check out some of the funny reactions below:

Eminem watching Will Smith curse at The Oscars pic.twitter.com/4QWdxWX07T

Will Smith DOES gotta cuss in his raps to sell records @eminem pic.twitter.com/5G0EDl8Hwh

Eminem when he found out that Will Smith cursed#Oscars pic.twitter.com/DN78qANPuc

Eminem right now like:
“I’m the GOAT of hip-hop. What the hell is a TikTok? Walk up on you with a slap like I was Will Smith rocking Chris Rock.” pic.twitter.com/Vc6pZUVCjl

Eminem: Will Smith don’t gotta cuss in his raps to sell records. Well I do, so…
Will Smith: Hold my beer.