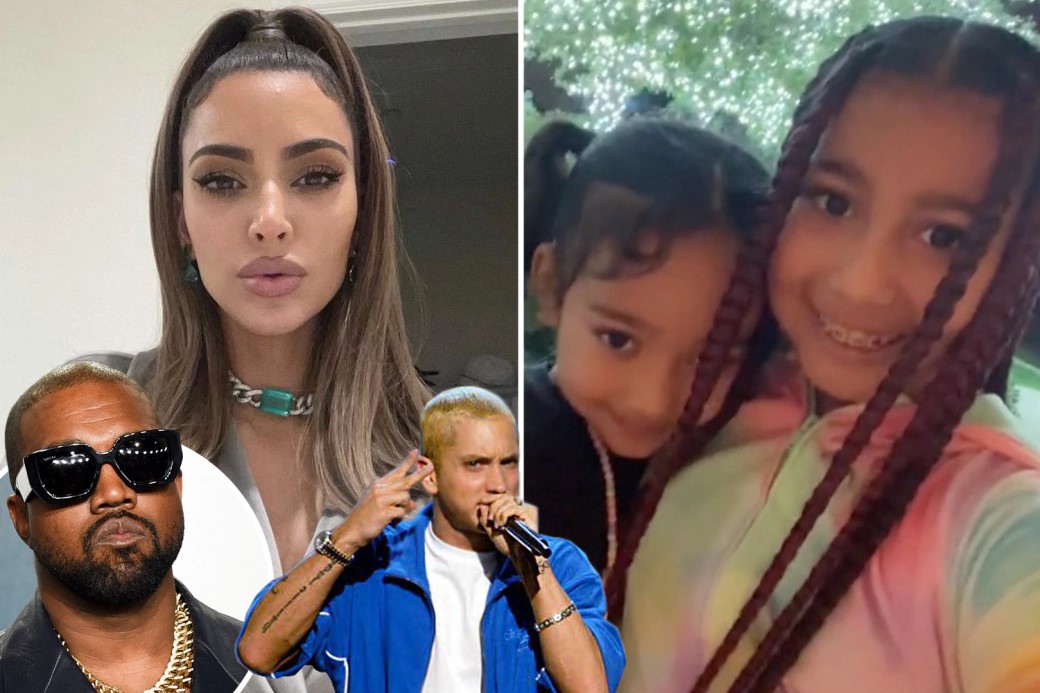 In a new TikTok video, Kim Kardashian and Kanye West’s daughters North and Chicago both lip-sync to the remix of Eminem’s classic song “The Real Slim Shady,” originally from his 2000 album, The Marshall Mathers LP.

In the clip, North kicks it off by trying to follow the words as her younger daughter suddenly appears and begins to lip-sync as well.

Kanye West previously revealed that his daughter is big Eminem fan and “Use This Gospel” remix featuring Eminem and Dr. Dre, which is Ye’s one of many unreleased songs, is her favorite song of all time.

You can watch the video of Kanye’s daughters having fun over Eminem’s song below: